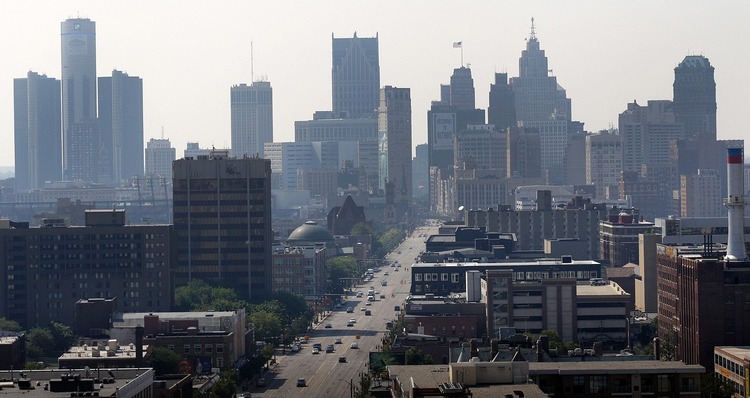 Who killed the U.S. auto industry?

To hear the media tell it, arrogant corporate chiefs failed to foresee the demand for small, fuel-efficient cars and made gas-guzzling road-hog SUVs no one wanted, while the clever, far-sighted Japanese, Germans and Koreans prepared and built for the future.

I dissent. What killed Detroit was Washington, the government of the United States, politicians, journalists and muckrakers who have long harbored a deep animus against the manufacturing class that ran the smokestack industries that won World War II.

As far back as the 1950s, an intellectual elite that produces mostly methane had its knives out for the auto industry of which Ike's treasury secretary, ex-GM chief Charles Wilson, had boasted, “What's good for America is good for General Motors, and vice versa.”

“Engine Charlie” was relentlessly mocked, even in Al Capp's L'il Abner cartoon strip, where a bloviating “General Bullmoose” had as his motto, “What's good for Bullmoose is good for America!!”

How did Big Government do in the U.S. auto industry?

Washington imposed a minimum wage higher than the average wage in war-devastated Germany and Japan. The Feds ordered that U.S. plants be made the healthiest and safest worksites in the world, creating OSHA to see to it. It enacted civil rights laws to ensure the labor force reflected our diversity. Environmental laws came next, to ensure U.S. factories became the most pollution-free on earth.

It then clamped fuel efficiency standards on the entire U.S. car fleet.

Next, Washington imposed a corporate tax rate of 35 percent, raking off another 15 percent of autoworkers' wages in Social Security payroll taxes

The United Auto Workers struck repeatedly to win the highest wages and most generous benefits on earth—vacations, holidays, work breaks, health care, pensions—for workers and their families, and retirees.

Now there is nothing wrong with making U.S. plants the cleanest and safest on earth or having U.S. autoworkers the highest-paid wage earners.

That is the dream, what we all wanted for America.

And under the 14th Amendment, GM, Ford and Chrysler had to obey the same U.S. laws and pay at the same tax rates. Outside the United States, however, there was and is no equality of standards or taxes.

Thus when America was thrust into the Global Economy, GM and Ford had to compete with cars made overseas in factories in postwar Japan and Germany, then Korea, where health and safety standards were much lower, wages were a fraction of those paid U.S. workers, and taxes were and are often forgiven on exports to the United States.

The Beetle and early Japanese imports were made in factories where wages were far beneath U.S. wages and working conditions would have gotten U.S. auto executives sent to prison.

The competition was manifestly unfair, like forcing Secretariat to carry 100 pounds in his saddlebags in the Derby.

Japan, China and South Korea do not believe in free trade as we understand it. To us, they are our “trading partners.” To them, the relationship is not like that of Evans & Novak or Fred Astaire and Ginger Rogers. It is not even like the Redskins and Cowboys. For the Cowboys only want to defeat the Redskins. They do not want to put their franchise out of business and end the competition—as the Japanese did to our TV industry by dumping Sonys here until they killed it.

Like Alexander Hamilton, they understand that manufacturing is the key to national power. And they manipulate currencies, grant tax rebates to their exporters and thieve our technology to win. Last year, as trade expert Bill Hawkins writes, South Korea exported 700,000 cars to us, while importing 5,000 cars from us.[To rebuild the auto industry, w:st="on">November 19, 2008]

How has this Global Economy profited or prospered America?

In the 1950s, we made all our own toys, clothes, shoes, bikes, furniture, motorcycles, cars, cameras, telephones, TVs, etc. You name it. We made it.

We no longer build commercial ships. We have but one airplane company, and it outsources. China produces our computers. And if GM goes Chapter 11, America will soon be out of the auto business.

Our politicians and pundits may not understand what is going on. Historians will have no problem explaining the decline and fall of the Americans.