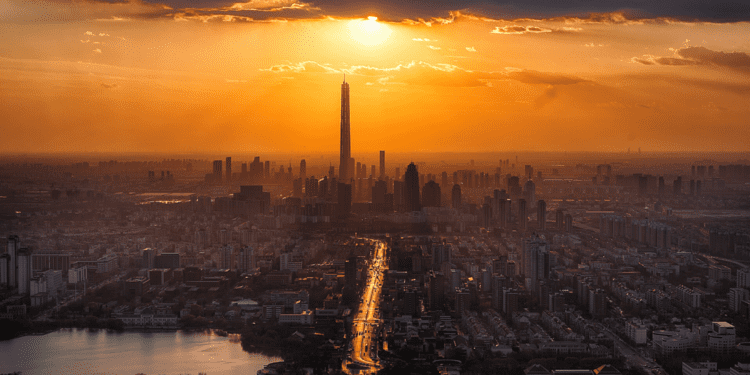 The anti-science Left has a problem. Despite all their intimidation, sometimes the academic peer-review process works properly. Compelling studies are published even though the challenge aspects of the Left’s worldview. This is exactly what happened recently: A study by Russian scientists in the prestigious journal Scientific Reports suggested that part of the explanation for Climate Change appears to be variation over time in the Earth’s distance from the Sun. [Oscillations of the baseline of solar magnetic field and solar irradiance on a millennial timescale, By V.V. Zharkova et al., Scientific Reports, 2019. The result: An ongoing attempt to rewrite history and send the study down the memory hole.

Nothing frightens the anti-science Left more than the prospect of research that undermines the dogmas of their “Cathedral” gaining respectability because the masses associate it with prestigious institutions. To this end, ideologically-motivated scientists have, in the last few years alone, fired Dr Noah Carl from Cambridge University for his various studies of the correlates of race, had a critical review of an anti-science book on race removed from YouTube for “hate speech” , and corrupted the peer-review process to prevent Italian anthropologist Davide Piffer from presenting his findings on the genetics of race differences in intelligence in a high impact journal.

However, the Leftist Cathedral has an Achilles heel. There are still enough non-ideological and scrupulous scientists in academia that sometimes—though decreasingly often, as they gradually retire—the peer-review process works as it was designed to. Rather than being corrupted by Social Justice Warrior ideologues, it results in anonymous and unbiased scientists reading through a study, finding that it is carefully conducted and logical, not caring about the fact that it challenges Leftist dogma, and recommending it for publication. And, sometimes, an editor is naïve or courageous enough to publish the study, in his high impact journal.

But, as the Left squeezes the noose ever tighter around science’s neck, they have now come up with an insidious way of solving this problem. They find some very minor fault in the study--or simply disparage it with academic-speak insults such as “simplistic” or “reductionist”--and campaign ferociously for the journal’s publisher to withdraw it. They seemingly hope that this will withdraw “scientific credibility” from the hypotheses logically demonstrated by the disputed paper.

This makes perfect sense to anti-science “scientists,” because they are postmodernists who do not believe in objective truth. Truth can ultimately be reduced to “power” and the public acceptance of their enemy’s “Truth”--implicit in it being published in an influential journal--involves the “empowerment” of their enemy and the “disempowerment” of the “disempowered” group of which believe they are part (or for which they fight to reduce their years in their postmodern Purgatory of the mind).

Last year, I reported the case of mathematician Ted Hill. He wrote a paper which used mathematics to make sense of the “Genetic Male Variability Hypothesis” (“GMVH”—that males tend to be over-represented at the extremes, both high and low, of IQ, hence more male Nobel laureates but also more male vagrants). This study was accepted in the Mathematical Intelligencer and placed online as “pre-published,” meaning it would be officially published in the future issue.

This would all have been hushed up if Hill had not reported it to the pro-science academic website Quillette  because…who really cares about Math papers?

Frustratingly for the Church of Equality, the new object of Leftist rage is about Global Warming, which most people do care about. Hence the furor over the Russian scientists’ study:

The authors suggest that Earth’s 1°C temperature rise over the past two centuries could largely be explained by the distance between Earth and the sun changing over time as the sun orbits around our solar system’s barycentre, its centre of mass. The phenomenon would see temperatures rise a further 3°C by 2600.

Worse, the was reported—most impertinently without inviting Woke scientists to condemn it—in national newspapers. [Fresh insights into climatic effects of cosmic change, The Australian, July13, 2019] So the questioning cat was out well and truly out of the postmodern bag.

Note carefully: The Russian authors, most of them based at British universities, did not argue that human activity plays absolutely no role in climate change. They simply demonstrated that something else plays a significant part as well.

But “Manmade Climate Change” is more than simply “science.” It is a tool employed by the Left to argue in favor of “Climate Justice,” meaning that the West should reduce its emissions, and standards-of-living, but the rest of the world should not, until living-standards become equal worldwide. And it is a means of making Western people feel guilty for their history of industrialization, pollution, and colonialism and so a method of demoralizing them, such that they accept their own displacement. Climate-change activists are “watermelons”—green outside, red inside.

Accordingly, any study which questions the West’s culpability for climate change may cause people to feel less guilty, to be less inclined to reduce their living standards and, perhaps, to trust the Left rather less, and start questioning other Leftist dogmas as well: the need for mass immigration, even the psychological equality of the races . . .

But somehow this blasphemy had got peer-review and the editor had accepted the peer-reviewers’ recommendations to publish.

(Admittedly, the Russian-English in which the paper is written makes one suspect that this may have been a matter of editorial trust rather than bravery, as one would normally expect English such as the following to be edited to sound more native: “Latest minimum of the baseline oscillations is found to coincide with the grand solar minimum (the Maunder minimum) occurred before the current super-grand cycle start”).

Nevertheless, the result is a campaign to denigrate the study and have it withdrawn. Hence Adam Vaughan [Tweet him] in the New Scientist hit job cited above, scientists were lined up one after the other to magnify minor errors and present emotional manipulative arguments about “credibility”:

The embattled lead author, Valentina Zharkova, has responded that the errors in her study, to the extent they existed, were minor and did not undermine her thesis.

But even so, the journal has caved in and will “investigate” whether it should withdraw her paper [Journal to investigate controversial study claiming global temperature rise is due to Earth moving closer to Sun, By Harry Cockburn, Independent, July 16, 2019].

In the past, when scientific studies are withdrawn it is due to very serious issues, such as scientific fraud or massive experimental errors that completely undermined the study.

But it appears that if a study might even potentially lead people to question the New Religion then very minor errors—perfectly common and normally dealt with by a correction—is more than enough when combined with righteous Leftist fury.

Where this will end? Will we see decades-old papers on race differences “withdrawn” due to some very minor mistake?

The only hope: more and more of those whom the Left hopes to manipulate will see them for the anti-scientists that they are.