Just what we all need to ring in the Christmas season: Un-merry millionaire Michelle Obama belly-aching about the burdens and sacrifices of public life with billionaire Oprah Winfrey.

"There's nowhere in the world I can go and sit and have a cup of coffee," Obama lamented. It's a frequent grievance. In September, she told InStyle magazine: "My hopes are to recapture some of the everydayness, some anonymity. ... (I)t will be nice to open up the paper, look at the front page, and know that you're not responsible for every headline."

And back in June, again with Oprah, the first lady griped that living in the spotlight was like "living in a cave."

For the past eight years, Obama has traveled to every corner of the planet on the taxpayers' dime. She has splurged in Spain, traversed the Great Wall of China, tangoed in Buenos Aires, skied in Aspen, lolled in Martha's Vineyard and feasted in Marrakesh. Thanks to her public position and celebrity, she has been bestowed "fashion icon" status—donning a $12,000 custom-made Atelier Versace gown at her final State Dinner last month after enjoying two terms clad in Givenchy, Gucci, Jason Wu, Vera Wang, Caroline Herrera and other haute couture stars whose designs are unattainable to ordinary women in America. 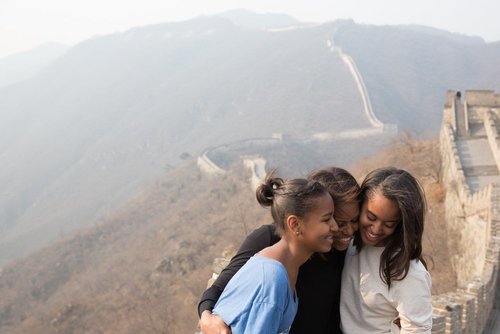 Count your blessings much, Mrs. Grinch? Nope. All Barack Obama's bitter half really wants to do, she told Winfrey, is "drop into Target. I want to go to Target again."

Funny that. The last time Obama shopped at Target, she turned the outing into a fake news narrative to stoke racial division in America. It is worth reminding the public about the noxious lie one last time before the grumbling FLOTUS leaves office because I consider her exploitation of the incident a perfect metaphor for the Obama years—faux populism bolstered by elitist Hollywood enablers, and then cynically transformed into a phony social justice crusade for crass political gain.

Back in 2012, you may remember, Obama sat down with David Letterman in one of her endless, popularity-enhancing pop culture appearances. She bragged about her ability to shop incognito at Target (does she get a secret commission every time she mentions the store?) and told a warm and fuzzy story about helping a fellow customer who didn't recognize her. The shopper innocently asked Obama to retrieve laundry detergent from a high shelf.

"I reached up, 'cause she was short, and I reached up, pulled it down," the first lady recounted, and the shopper joked, "Well, you didn't have to make it look so easy." Obama beamed as she told Letterman: "I felt so good" doing an everyday good deed. Letterman's audience cheered at the "first ladies, they're just like us!" theater.

Just a few years later, however, the encounter morphed into a tall tale of rampant racism, which she cunningly reshaped for People Magazine in 2014 during the aftermath of the Ferguson, Missouri riots and Black Lives Matter protests.

"Even as the first lady," she moaned, "not highly disguised, the only person who came up to me" at a Target store "was a woman who asked me to help her take something off a shelf." The headline of the article? "[The Obamas: How We Deal with Our Own Racist Experiences" ABC News added that Michelle Obama claimed such "incidents are 'the regular course of life' for African Americans and a 'challenge' for the country to overcome." 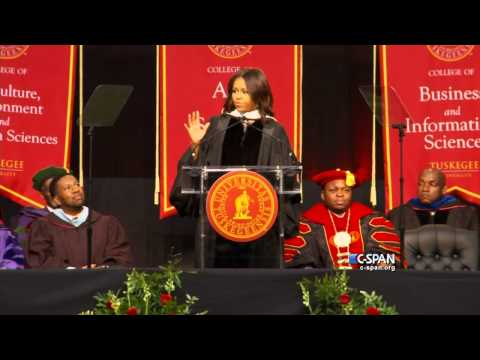 Last year, Obama persisted in plying and fine-tuning her false narrative at Tuskegee University's commencement ceremony—decrying the "sting" of "daily slights" she blamed on racism, including unnamed "clerks who kept a close eye on us in all those department stores."

Now, as she walks away with sky-high poll ratings, a glittering Rolodex, and government benefits for life, this incredibly blessed and privileged woman has the audacity to claim that "we" are "feeling what not having hope feels like," as she whined to her well-heeled gal pal, Oprah Winfrey.

So put upon. So downtrodden. So oppressed. To borrow one of Mrs. Woe-Is-Me's own favorite phrases:

You and your manufactured miseries won't be missed.