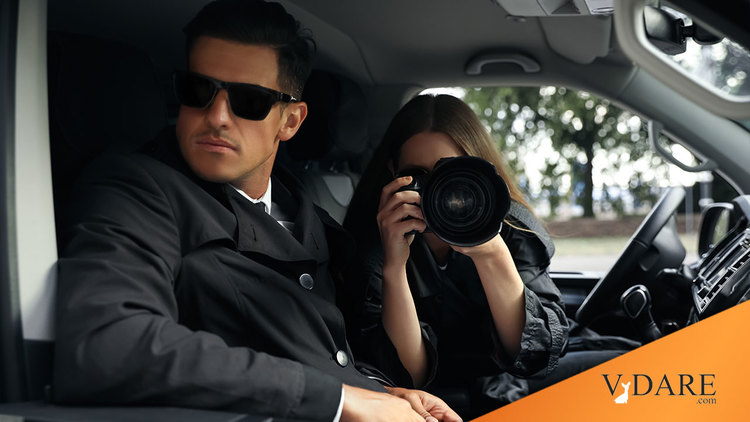 Immigration Is The Problem—Punishing Americans Is Not the Solution...

Liberal-stifled patriotism, pent-up for decades, has burst forth in response to the events of September 11. It is in fashion again to be a proud American.

Patriotism rallies people to the support of their country, granting government new and expanded powers to respond to terrorists. This is understandable, but a headlong rush is no way to make good decisions.

Anxious to strike back, the U.S. is focused on bombing Afghanistan, which has some abandoned terrorist training camps and a rag-tag militia. But the terrorists who threaten us are not hiding in Afghanistan. They are in the United States and Europe.

Ali Mohamed pleaded guilty to assisting in the terrorist conspiracy that blew up the American embassies in Nairobi, Kenya, and Dar es Salaam, Tanzania on August 7, 1998. Mohamed was a sergeant in the U.S. Army in a sensitive position at Fort Bragg, N.C.

Mohamed told the FBI that there were hundreds of "sleepers" in place in the U.S. who do not fit the terrorist profile and are not dependent on orders or financing from abroad. Trained and in place, the separate cells act at their own choosing.

According to the FBI and to a report compiled by the Michigan police for the state legislature, most of the Muslim terrorist organizations, including Al Qaeda, Hezbollah, Hamas, Islamic Jihad, and Al Gamat, are present in Michigan, which, thanks to former Republican Senator Spencer Abraham, is home to the largest Arab population outside the Middle East.

The police report says, "Southeast Michigan is known as a lucrative recruiting area and potential support base for terrorist groups."

Chasing after the Taliban halfway around the world will have no effect on the "sleepers" who represent the real threat to Americans.

Neither will the new money laundering laws. The members of terrorist cells are not dependent on Bin Laden for money. They support themselves with jobs, crime, and with funds raised by religious and charitable organizations. According to the police report, the terrorists raise enough money in the U.S. to support terrorist operations abroad.

Capturing Bin Laden and destroying the Taliban will have no significant effect on the terrorist network that has been made possible by none other than U.S. immigration policy.

The result of U.S. immigration policy, supported by Democrats and Republicans alike, is the destruction of the national identity of the United States and the creation in its place of a multicultural tower of Babel that has no common values or interests.

The attack on American national identity has been remarkably successful. Through immigration, the U.S. imports a million or more hyphenated-Americans every year. Thanks to U.S. civil rights policy, the various hyphenated-Americans have group rights as "preferred minorities" at the expense of native-born white citizens. These group rights foster exclusiveness and prevent assimilation.

It is no longer possible to speak the truth in the U.S. if a "preferred minority" finds the truth to be "offensive." Arab-American spokespersons in Michigan found the police report about the terrorists in their midst to be offensive, prompting Michigan Democratic Representative David E. Bonior to damn the report as "character assassination, the kind of thing that went on during the McCarthy era."

Washington politicians, dependent on hyphenated-American interest groups, will block any effort to deal with the terrorists in our midst and continue to distract the public by bombing distant Afghanistan.

Nothing better illustrates the total lack of protection in airport "security" than the spectacle of non-U.S. citizens and persons of Middle Eastern origin searching the personal effects of native-born blue-eyed blond mothers traveling with small children.

Such indiscriminate screening is a clear indication that the new FBI spy powers will be applied far more widely than to obvious suspects.

The new terrorism powers have yet to have any impact on terrorists, but they are already taking a heavy toll on high school students and pranksters.

Everyone knows that teenagers and even adults handle fear and stress by making jokes. But two Mosley High School students in Panama City, Florida, who put Sweet'N Low in the coin-return of a cafeteria snack machine, face ten years in prison for "creating fear." Two other students have been arrested for giving classmates envelopes containing baking soda as a Halloween prank.

President Bush has declared pranks by Americans to be "a serious criminal offense," and Attorney General John Ashcroft has responded by throwing the book at a Maryland man who, as a practical joke, sprinkled white talcum powder on the desk of a co-worker.

The U.S. government, unable to tell real enemies from pranksters, is demanding life in prison for the offender—the same punishment given by a race conscious minority jury to the Muslim terrorists who blew up the two U.S. embassies, murdering 214 people and injuring thousands.

Homeland Security Czar Tom Ridge assures us, "We are going to go after these people." He means pranksters, not terrorists.

The FBI is delighted with this turn of events. It is a lot easier and safer to arrest teenagers for pranks than to root out dangerous terrorists.