STILL No Non-Chinese Deaths From Coronavirus, But The WASHINGTON POST Wants You To Rat Out Your Neighbors Anyway

Earlier by Lance Welton: Do You Know All Coronavirus Victims Appear To Be Chinese? Thought Not!

I have previously reported the case of Dr. Noah Carl, a young Cambridge University political scientist whom the once august university fired for publishing peer-reviewed research on the subject of “race” and for collaborating with like-minded academics. One paper of Carl’s particularly upset the Woking Classes because it turned one of their many fallacious arguments against the biological concept of “race” on its head: it argued, in effect, that the Truth about race will actually Set Us Free. This is directly relevant to the current panic over the Coronavirus, where we see the negative consequences of Race Denialism playing out all too clearly, and even possibly dangerously.

In 2018, Carl published an article in the journal Evolutionary Psychological Science entitled “How Stifling Debate Around Race, Genes and IQ Can Do Harm”, April 28, 2018.Whereas Leftists insist that we shouldn’t discuss “race” because the “harm” that this might do—in terms of encouraging “racism,” giving “fuel” to “racist” groups, and challenging “equality”—Carl countered that not discussing it can potentially have worse consequences than acknowledging “race”

Of course, there’s another consequence of suppressing the truth about “race:” it can cause people to be more racist.

This is exactly what’s happening, so we are told, with regard to Chinese people and other East Asians, due to the fact that the Coronavirus started in China.

The Ruling Class’s response: This rational reaction must be stamped out. The Washington Post recently posted an extraordinary Stalinist invitation for readers to inform on their neighbors:

Have you seen or experienced any discrimination, racism or xenophobia connected to the ongoing Coronavirus epidemic? Share your story, February 4, 2019 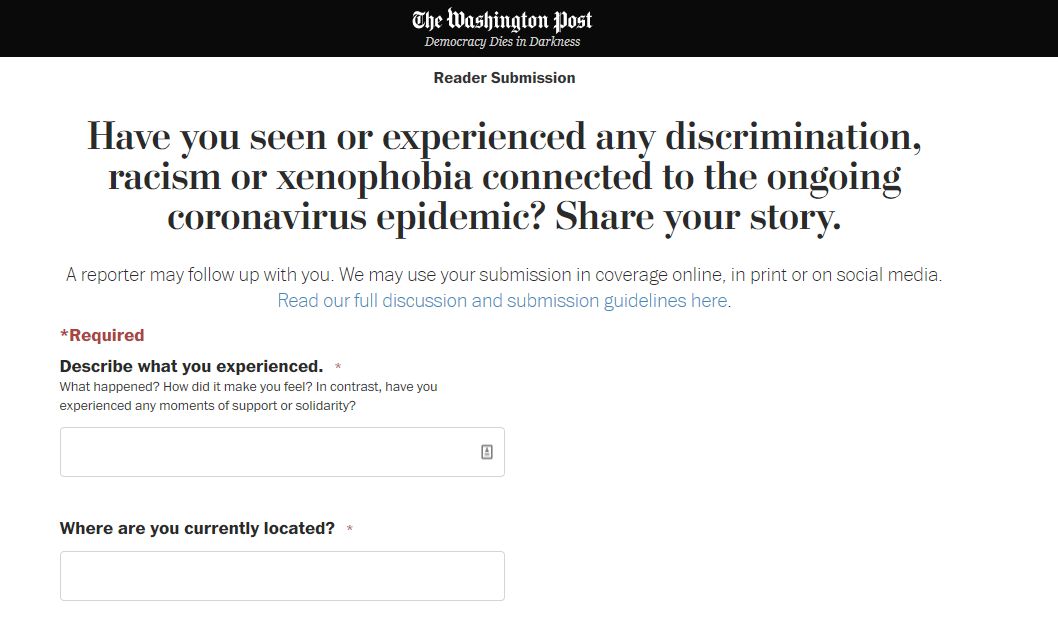 Punishing whites may well be an end in itself for the Ruling Class. But the fact is this particular outbreak of  “racism” could be stopped cold if we would only calmly and openly discuss the issue of “race.”

It is still the case that only Chinese people have died of this virus. This implies that other races may be more resistant to it, as I discussed last week.

This week, a handful of “Germans” working in a car factory have reportedly contracted Corona from a Chinese colleague. Of course they too could be ethnically Chinese, as has generally been the case when this disease has occurred outside China—the media won’t say. But their symptoms are reported to be extremely “mild” [New coronavirus can spread before symptoms start, German case suggests, by Rachael Rettner, Live Science, February 3, 2020]. Similarly, whites did catch the 2002 SARS disease, but suffered less from it.

This is in line with the finding, reported in the journal PLOS Pathogens, that viruses that jump the species barrier, such as Corona, become less and less virulent as they spread away from the place where the “jump” was made [The Causes and Consequences of Changes in Virulence following Pathogen Host Shifts, by Ben Longdon et al., 2015].

Indeed, I can only find two proven cases of whites catching Corona virus as of Saturday, February 8, U.S. Eastern Time.  One was a British man on a ship quarantined off Japan. But his situation does not appear to serious either [Coronavirus: British man on his honeymoon among 61 confirmed cases on cruise ship, by David Mercer, Sky News, February 7, 2020]. The other was also British. Connor Reed, below, caught it in Wuhan, the disease’s epicenter where it is presumably most dangerous, refused antibiotics, treated himself with hot whisky and honey, and survived [Coronavirus: British man who caught virus ‘beat flu with glass of hot whisky’, by Bradley Jolly, MirrorOnline, February 3, 2020]. 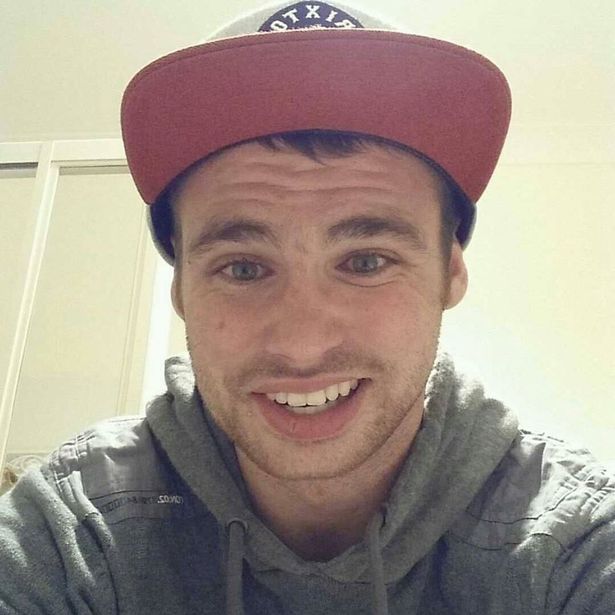 Why is our Ruling Class suppressing the truth? Their desire to punish whites is certainly one reason. But the deeper motive: a fanatical determination to maintain the myth that “race is a social construct.”

As British Indian journalist Angela Saini claimed in her widely-touted 2019 book Superior: The Return of Race Science [p.123], “race” is not a biological reality, beyond supposedly “superficial” traits such as skin color and morphology.

Thus in Saini World it is impossible for there to be race differences in disease prevalence, because that might imply that “race” was a biological reality and that might imply that all races are not “equal.” But we are all equal. And if you don’t agree, then you’re a bad person like President Trump.

And in “Saini World,” whites can die of the Coronavirus. Which means they will avoid Chinese people. And you end up with Woke headlines of unparalleled virtue-signalling dementedness, like this from a Philadelphia Inquirer editorial: “Coronavirus: racism and exclusion can hurt as much as a virus,” January 30, 2020.

That’s right folks. Racism and discrimination are as painful as having a very serious form of flu that you may well die of.

My point: There’s no rational reason to “discriminate” against the Chinese, and so inflict on them a pain worse than nearly dying. You’re most unlikely to catch Corona and, if you do, the symptoms will be mild.

The “racism” that Corona Virus has allegedly unleashed (despite “race” being entirely a social construct, so how we even identify people as being East Asian is unclear) is entirely a consequence of the failure of the Ruling Class to (openly) accept and discuss the biological reality of “race”—including race differences in disease prevalence.

Their actions have caused “racism.” If any Chinese person is discriminated against, or worse, attacked because of Corona in the coming months, then that person will know who to blame: