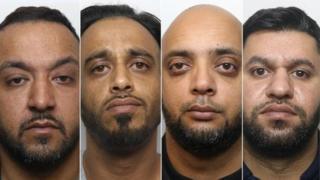 Finally, Some Justice in Rotherham

There’s a really important question that hasn’t been answered: Was what Pakistani pimps did to English girls in Rotherham all that different from what other Pakistani pimps did to other English girls in other northern English cities? Or is the reason that Rotherham is notorious is not because it was different in what was happening in the curry shops and taxis, but because the city government of Rotherham commissioned an Official Report in 2014, while other cities tried hard to cover up the abuse of young girls?

Back in 2013 I wrote a Taki’s column about the plague of Pakistani pimps. I did a lot of research on this widespread problem, but when the Rotherham report was released a year later and readers started sending me links to the Rotherham report, I’d never known that there was a city named Rotherham. In fact, my initial reaction was that it must be a typo for the Dutch city of Rotterdam.

By the way, as I wrote in 2013, and this applies to Jeffrey Epstein as well:

It’s most useful to think of this practice not so much as pedophilia — a bizarre fetish — but as economically rational whoremastering. Pakistani pimps focus on recruiting very young postpubescent English girls because they are so naive. …

Of course. These girls are adolescents, far too young to give consent to being gang-banged.