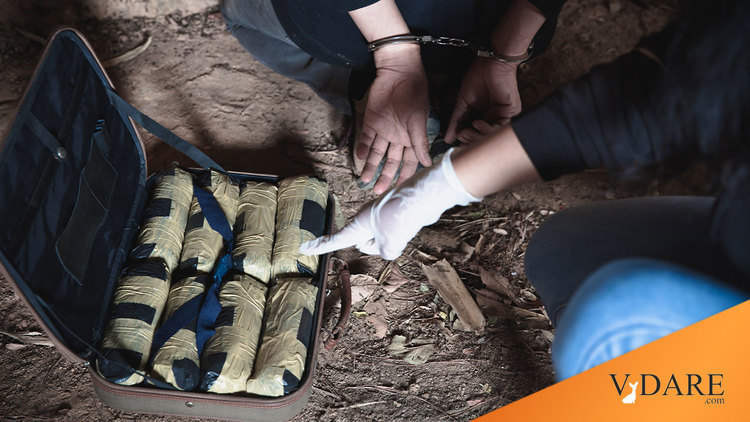 I recently validated Rep. Steve King’s quip that there are 100 times more drug-smuggling illegal alien minors than valedictorians. So did Tom Tancredo. But needless to say, the Main Stream Media is still determined to discredit King:

King was speaking figuratively and not suggesting that his was a perfect statistic. He has clarified, according to Glenn Kessler:

I wasn’t talking about the ratio. Border Patrol agents don’t know how many valedictorians we have that are also ‘DREAMers.’ In fact, I don’t know that the public knows either. But I can tell you it’s not nearly as many as the advocates for the DREAM Act would like to have you believe.

As I showed in my subsequent article documenting several fake “undocumented valedictorians,” this statement is indisputably correct.

But ABC’s Fabian [Email him] did not bother to even address how many illegal alien valedictorians there are.

And WaPo’s Kessler simply argued that King “offered no evidence for why the percentage of valedictorians among ‘DREAMers’ would be any less than in the general population.”

Of course, it’s absurd to demand that King “offer evidence” for everything he said—this was a journalistic interview, not a Ph.D. thesis. But, as I noted in my initial defense of King, Hispanics do have lower test scores than whites, and much higher drop-out rates than whites and even African-Americans. According to the College Board, which administrates the SATs, only 23% of Hispanics have test scores that show they are ready for college in contrast to 43% of the general population. [SAT Report: 77% of Latinos Not Ready for College, by Bryan Llenas. Fox News Latino, September 25, 2012]

Indeed, the lower average SAT scores by Hispanics understate how unlikely they are to be valedictorians: the disparities are even larger among the top achievers.

And even these numbers overstate Hispanic performance—because they are already less likely to take the SATs than other ethnic groups.

Although SATs are correlated strongly with academic performance, they are not grades. However, the College Board also recorded the average grades of students. Hispanics had a 3.21 GPA, compared to 3.43 for whites and 3.5 for Asians. (SAT Percentile Ranks for 2012 College-Bound Seniors [PDF], The College Board.)

So contra Kessler, there is plenty of “evidence for why the percentage of valedictorians among ‘DREAMers’ would be any less than in the general population.” [VDARE.com Note: Jason Richwine made this point in his doctoral thesis, IQ And Immigration Policy. ]

However, Tom Tancredo and I did acknowledge this—and we both balanced it against the fact that there are many drug smugglers who are never caught; and all of the news reports were discussing smugglers in just one section of the border.

In the words of Fabian “the information that does exist shows no link between increased immigration—legal and illegal—and crime.” He summarized the study:

Incarceration rates among young men (ages 18-39) are five times lower for immigrants compared to native-born men, according to a 2007 University of California-Irvine study cited by the IPC.

Kessler actually concedes this, noting that

for every ethnic group, without exception, incarceration rates among young men are lowest for immigrants, even those who are the least educated. This holds especially true for the Mexicans, Salvadorians and Guatemalans who make up the bulk of the unauthorized [VDARE.com: = illegal] population.

The study also shows that, overall, Hispanics have a much greater incarceration rate than whites. Thus, all it really proves is that we are selecting our immigrants from a group that is much more likely to commit crime than the majority population—and that the second and third generation of that group is assimilating downward.

As the study itself puts it:

[T]he children and grandchildren of many immigrants—as well as many immigrants themselves the longer they live in the United States—become subject to economic and social forces that increase the likelihood of criminal behavior among other natives. This is especially true in impoverished communities where the native-born in particular are much more likely than immigrants (especially recent immigrants) to experience higher rates of divorce and drug and alcohol addiction.

These are certainly not the “pick of the litter,” as Rep. King recently pointed, to an earlier spasm of  righteous indignation from the Left, including an article by Fabian the day before he “fact checked” King. [Did Steve King Compare Immigrants to Dogs? You Decide, Jordan Fabian, ABC/Univision, July 24, 2013]

Unless one is suggesting that immigrants per se have higher crime rates, then controlling for endogenous factors like race and high school drop-out rates is irrelevant.

By the logic used by the Immigration Policy Center study, one would conclude that Rutgers students had a higher average SAT score than Princeton Students.

These are not the only flaws with using Immigration Policy Study to draw conclusions about illegal alien drug smuggling. The study does not separate crime rates of illegal and legal immigrants. While I do not like the Conservatism Inc. “legal, si; illegal, no” mantra, and although the federal government refuses to collect data on illegal alien crime, there are many reasons to believe that legal immigrants have a lower crime rate than illegal aliens.

Furthermore, federal and state incarceration records reveals little about drug smuggling—which is almost always prosecuted as a federal offense. According to the Justice Department, between 2005 and 2006—the time period examined in the Immigration Policy Center study—an impressive 43% of all DEA arrests for federal drug crimes were of Hispanics. I suspect the number is much higher for drug smuggling. [Federal Justice Statistics 2006 - Statistical Tables NCJ 225711 (PDF, table 1.4)]

Finally, these studies ignore a key reason why, all things being equal, immigrants are less likely to incarcerated than Americans: they often will not contest deportation in exchange for avoiding jail time.

But all undocumented immigrants, young and old, must pass a background check in order to gain temporary legal status, which puts them on the track to citizenship. Immigrants are rendered ineligible if they have committed a felony or three misdemeanors.

Thus VDARE.com has previously reported on Humberto Leal Garcia, an illegal alien DREAMer who raped and killed a 16 year old girl. Leal had never been arrested prior to the murder, though he was implicated in another rape. Would Fact Check Fabian have considered Leal a rapist prior to the murder just because he never got caught?

King’s claim about valedictorians and smugglers is a nonsense fact, designed to suggest an aura of authenticity to an otherwise objectionable statement. It appears King heard something, from someone he has not named, and had blown it into “facts” for which he feels little need to provide evidence.

We would certainly revisit this issue if King supplies us with additional material to bolster his claim. If a politician is going to say stuff like this, he or she has to be prepared to back it up with actual facts.

King is one of the bravest, if not the  bravest,  congressman in the country. But the current reality is that if he were to bring up these Hate Facts as “additional material to bolster his claim,” the “fact checkers” would simply scream that he is a racist.

This is not a high school debating contest. The fact checkee should not have to provide his own “additional material to back up his claim.” Instead, VDARE.com, which does not care about being called racist, has done it for him.

Thus, I challenge WaPo’s Kessler [Email him] to consider this article, along with my two previous columns on Steve King (1) (2) and “revisit the issue.”

But I’m not holding my breath.