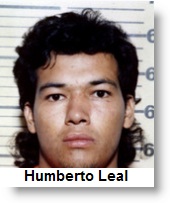 Former Congressman Tom Tancredo has turned up an example of an illegal alien who would have been eligible for Obama’s DREAM Lite, but Texas executed the alien for the rape and murder of a teenager before he got to apply.

Humberto Leal Garcia (pictured) committed a particularly brutal crime (disturbing details about bite marks, etc. can be read on the Wiki posting). But he was a minor, and the authorities in many places tend to overlook histories of clearly dangerous young people — juvie gangster Pedro Espinoza comes to mind. He had a remarkably violent rap sheet as a juvenile, yet he was released from jail rather than deported, and he murdered high school student Jamiel Shaw a day later.

Below, 16-year-old Adria Sauceda was raped and murdered by a young illegal alien. 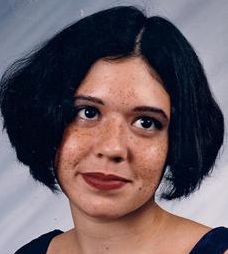 A previous version of the DREAM Act did not prohibit gang members from being included, so we can’t expect any attempt to keep out criminals in the current effort. Plus, major institutions, from the Catholic church to our own government actively campaign against public safety when illegal aliens are in the mix.

In addition, the potential for illegality is massive. Mark Krikorian forecasts “fraud on a titanic scale” during implementation.

Last year, the Obama administration tried to block the execution of Humberto Leal Garcia. In 1994, at age 21, Leal kidnapped, murdered and raped a 16-year-old girl named Adria Sauceda. There was never much doubt as to Leal’s guilt, and the administration did not oppose the execution on the grounds that Leal was innocent or even that he did not receive a fair trial. Rather, administration officials were worried that executing him would “seriously jeopardize” relations with Mexico. According to the administration’s brief, since Leal was a “Mexican national,” he should have been offered assistance from the Mexican consulate when first arrested. The Supreme Court rejected this argument, and Leal met his maker on July 7, 2011.

Leal’s execution immediately came to my mind when I heard Obama’s speech justifying his unconstitutional DREAM Act executive order, which will grant work permits and deportation stays to illegal immigrants who were brought here by their parents at a young age (though you can be sure there will be plenty of loopholes).

According to Obama, these “DREAMers” are really just Americans who lack paperwork:

They pledge allegiance to our flag. They are Americans in their heart, in their minds, in every single way but one: on paper. They were brought to this country by their parents — sometimes even as infants — and often have no idea that they’re undocumented until they apply for a job or a driver’s license, or a college scholarship.

What does this have to do with Humberto Leal Garcia? Like these “DREAMers,” Leal was brought to this country as an infant by his parents. Obama’s amnesty will grant legal status to illegal immigrants who have been convicted of two misdemeanors. Leal had graduated from an American high school and, although another girl came forward to say that Leal had raped her after he was arrested for Adria Sauceda’s murder, he had never been in any prior legal trouble.

In other words, he would have been a prime candidate for Obama’s executive-order amnesty.

But if Leal pledged allegiance to the flag and was an American in his heart and mind, why would he need to speak to Mexican consulate officials? Why did the administration try to grant him special rights not granted to Americans?

Of course, like many illegal immigrants, Leal was not an American in his heart or mind. His last words before his execution were “Viva Mexico” and his family members went to Mexico to burn American flag T-shirts (apparently they could not find the real thing) in protest of his execution.

Not every illegal immigrant who will benefit from Obama’s executive order is an anti-American murderer like Humberto Leal Garcia. But at the same time, they are not all patriotic honor students like President Obama and the liberal media would like us to believe.

Ten years ago I went from a little-known second-term congressman to the most outspoken opponent of illegal immigration in Congress when the Denver Post ran a sob story about an illegal immigrant honor student named Jesus Apodaca. The Mexican consulate in Denver planted the story to build support for a bill that would have given Colorado’s illegal immigrants in-state tuition, a privilege denied U.S. citizens from other states. I contacted the Immigration and Naturalization Service and asked if they planned to do anything when the name, picture and high school of a self-professed illegal immigrant was published on the cover of a major newspaper.

When word got out, the media and politicians began ranting about how insensitive and heartless I was to demand that the law be enforced. However, Americans from across the country called my office thanking me for finally sticking up for the rule of law.