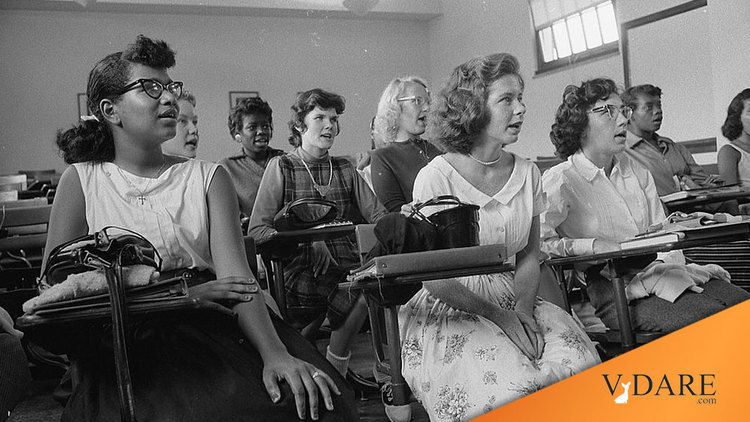 Does anyone read anymore? I mean, besides tweets from Anthony Weiner?

During his otherwise excellent commentaries on race in America, Bill O'Reilly, host of the No. 1 cable news show, claimed on Tuesday night that the one person who tried to help African-Americans more than any other was ... Robert F. Kennedy!

No one laughed. I guess that's what they're teaching these days at the John F. Kennedy School of Government. (I can't wait to hear how Ted Kennedy helped eradicate drunk driving!)

According to O'Reilly's Bizarro-World history, Bobby Kennedy was "the guy who was really concerned about African-Americans" and "who really DID SOMETHING. ... He went in with the federal government and he cleaned out the rat's nest that was abusing African-Americans in the South."

Although this myth has been polished to perfection by the Kennedy PR machine (requiring all Kennedy stories to illustrate either courage or adorableness), it is simply a fact that helping blacks was not the Democrats' priority. Even the ones who wanted to, such as Bobby and John Kennedy, couldn't risk upsetting the segregationists, more than 90 percent of whom were Democratic.

Five years after Eisenhower had shown the Democrats how it's done by sending federal troops to desegregate Central High School in Little Rock, Ark., President Kennedy and brother Bobby still dragged their feet in helping James Meredith enter the University of Mississippi.

On Feb. 7, 1961, Meredith wrote a beautiful letter to the Department of Justice, describing his inability to enroll at the University of Mississippi, He wrote:

"Whenever I attempt to reason logically about this matter, it grieves me deeply to realize that an individual, especially an American, the citizen of a free democratic nation, has to clamor with such procedures in order to try to gain just a small amount of his civil and human rights, and even after suffering the embarrassments and personal humiliation of this procedure, there still seems little hope of success."

The full letter is worth looking up. [Read it here] I would venture to guess there are not many college applicants of any race who write this well today. (You know why? Because Americans don't read anymore. You watch cable news and fill your heads with nonsense history and false facts.)

In response to Meredith's eloquent letter, Bobby Kennedy did nothing. And that's how Bobby Kennedy "cleaned out the rat's nest that was abusing African-Americans in the South"!

Remember: This was seven years after the Supreme Court had already handed down its decision in Brown v. Board of Education—a ruling expressly endorsed in the Republican Party platform, but not the Democratic platform, I might add.

But Democrats were in the White House, so Meredith had to take his case to the Supreme Court. Liberals were engaging in their usual massive resistance to court rulings they don't like and neither Bobby nor John Kennedy would dare try to stop them.

You will notice that the Freedom Rides and civil rights marches all took place under Democratic presidents. It was the only way to get Democratic administrations to intervene against their fellow Democrats.

In June 1962, a federal appellate court ruled that Meredith had been denied admittance to Ole Miss because of his race and ordered the university to enroll him. (At least that's how the two Republican judges voted; the segregationist FDR appointee dissented.) But one old segregationist on the court—who had not even sat on the case—kept issuing stays to prevent enforcement of the ruling.

Only when these illegitimate stays were appealed to the Supreme Court did Bobby Kennedy's Justice Department finally weigh in, asking Justice Hugo Black, the circuit justice, to lift the stays—nearly two years after Meredith had written to the Department of Justice asking for its help.

Needless to say, Justice Black came down on Meredith's side in a matter of about six seconds. The full court had already decided the school segregation issue years earlier in Brown.

But the state still would not admit Meredith to Ole Miss.

With a showdown inevitable, President Kennedy, on the counsel of his trusted attorney general, Bobby Kennedy, wrote a letter to the segregationist Democrat governor of Mississippi, Ross Barnett.

These were JFK's stirring words on behalf of the constitutional rights of black Americans, redeemed with the blood of American patriots:

"To preserve our constitutional system, the Federal Government has an overriding responsibility to enforce the orders of the Federal Courts. Those courts have ordered that James Meredith be admitted now as a student at the University of Mississippi."

So basically, his hands were tied. It reads like a letter from a Republican administration explaining why it's forced to comply with a gay marriage ruling. (JFK's weasel-word letter is also worth looking up.)

Yes, eventually the Kennedy brothers sent the National Guard to force the University of Mississippi to admit James Meredith. It wasn't hard to figure out what to do: Eisenhower had sent in the 101st Airborne to enforce desegregation back in 1957 against a much more tenacious segregationist (and Bill Clinton pal), Gov. Orval Faubus of Arkansas. But in the rest of the South, schools remained segregated as long as Bobby Kennedy was attorney general and either JFK or LBJ was in the White House. (LBJ on the 1964 Civil Rights Act: "I'll have those n*ggers voting Democrat for the next 200 years.")

Black Americans may say hosannas to Bobby Kennedy, but they would have to wait for Richard Nixon to become president to win the promise of Brown v. Board.

Within Nixon's first two years in the White House, black students attending segregated schools in the South declined from nearly 70 percent to 18.4 percent. There was more desegregation of American public schools in Nixon's first term than in any historical period before or since.

It was not an accident that Nixon launched his comeback in 1966 with a column denouncing Democrats for trying to "squeeze the last ounces of political juice out of the rotting fruit of racial injustice."[November 7, 1966] It's also not an accident that James Meredith was a Republican. (You'd know all this if you had read Mugged: Racial Demagoguery from the Seventies to Obama, but you were busy watching TV.)

Crediting Bobby Kennedy for the great work he did on behalf of black Americans would be like calling Harry Reid the country's greatest champion of the unborn. Sure, Reid says he's pro-life, but he dare not act on it lest he upset the rest of his party. It was the same with Democrats and civil rights.

If you want to say something nice about Bobby Kennedy, remind everyone that he proudly worked for Sen. Joe McCarthy.