SAID IN SPANISH: Guatemala Doesn’t Want Deportees With WuFlu…But Exports “Guest Workers” Who Might Catch It. And The U.S. State Department Is Helping!

Guatemalan President Alejandro Giammattei wants every Guatemalan deportee from the U.S. to be certified free of Coronavirus. Yet his government is still sending guest-worker Guatemalans to the U.S. and Canada—where they might catch it. And the U.S. State Department is helping.

The answer to the first is obvious. But as for looking after our interests, critics of U.S. attempts to do so aren’t just confined to Giammattei, journalists, and immigration enthusiasts. Joining them is U.S. Rep. Norma Torres, the Democrat who represents California’s 35th District and rates an F- from Numbers USA. 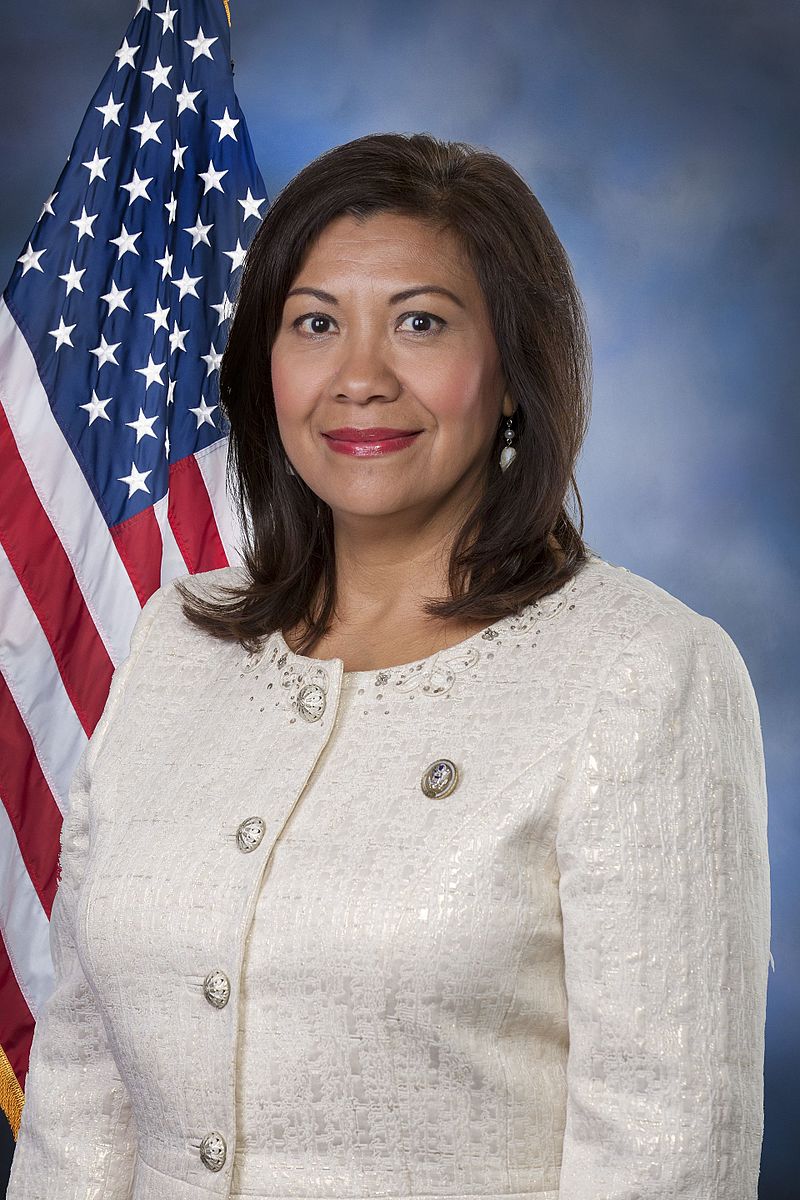 Torres, pictured right,  is “the sole Central American in Congress and an immigrant from Guatemala,” CBS News recently told us.

“Immigrant” is a euphemistic way to describe Torres. She was born in 1965 in Guatemala, but her parents sent her here on a tourist visa to live with relatives in 1970 with no intention of bringing her home. Of course, she overstayed. She became a U.S. citizen in some unspecified way in time for Bill Clinton’s election in 1992, and she was elected to Congress 22 years later [A child of Guatemala seeks a seat in Congress, by Kevin Freking, The Associated Press, September 6, 2014].

One wonders if Torres is as concerned about her adopted country as she is about the country she left. Perhaps it hadn’t occurred to her, but those “migrants” would not have contracted the virus here if they had stayed there…where they belong.

Though 100 deportees had the virus (about 20 percent of the country’s total Coronavirus cases) when Torres was bellyaching, that problem is resolved.

On April 30, 92 deportees who tested negative went home, and now, U.S. and Guatemalan officials were negotiating to end the suspension of flights [Guatemala says US testing deportees for virus before sending, by Sonia Perez D., The Associated Press, April 30, 2020].

On May 10, Guatemala's Prensa Libre reported that in the week previous, two flights of deportees arrived in Guatemala (on the 4th and 6th), delivering a total of 151 deportees, only one of whom tested positive for COVID-19.  So the new system seems to be working pretty good.  There are deportee flights scheduled for May 11, May 13, and May 15. [Vuelos con deportados se retomarán a pesar de que un retornado dio positivo de covid-19 la última semana ("Flights of Deportees Will Arrive Again Despite the Fact that One Returnee Tested Positive for COVID-19 in the Past Week") by Manuel Hernandez Mayen, Prensa Libre, May 10, 2020).

Guatemala’s indigenous Maya towns are spurning returned migrants, threatening some with burning their homes or lynching as fear spreads about more than 100 deportees from the United States who tested positive for the new coronavirus. In one city in the Guatemalan highlands, home to a large indigenous population, residents tried to burn down a migrant shelter. In some villages, locals are rebuffing the recently returned and threatening relatives of the deportees with expulsion from their homes.

Only a few months ago, most people were very happy [with migrants] because they came bringing remittance checks, but now they treat them like criminals. The Guatemalan government has also launched the “We Want You Home,” repatriation program that had returned 1,482 Guatemalans from 28 countries as of April 17 [Retornan al País 84 Guatemaltecos Varados en Perú (“Eighty-four Guatemalans Stuck in Peru Returned to the Country”), Minex.gob.gt, April 17, 2020]. My guess, informed by years living in Latin America: this program is for the more well-to-do.

On April 30, two such flights returned, one from Costa Rica and another from Ecuador, and the passengers went straight to quarantine. None, at last report, are believed to have COVID-19 [Vuelo de Rescate de guatemaltecos varados en Costa Rica y Ecuador (“Rescue Flight of Guatemalans stuck in Costa Rica and Ecuador”), Minex.gob.gt, April 30, 2020].

So that’s the rundown on Guatemalans headed home…where they belong.

However, the same Guatemalan government that doesn’t want its illegal emigrants back if they carry the COVID-19 bug has no problem sending other citizens abroad, where they might contract it or even carry it abroad with them.

So reported Diario de Centro América, the official newspaper of the Guatemalan government:

A group of 17 Guatemalans traveled this weekend to Montreal, Canada, to work on three cattle farms, thanks to the [Labor Ministry’s] Program of Temporary Work Abroad. … [T]he Guatemalans signed a work contract for 12 months, which covers all their benefits, lodging, food and travel.

Even worse, though President Giammattei has said the U.S. is Wuhan West, and despite President Trump’s immigration moratorium, more Guatemalans are coming here. The U.S. resumed handling H-2 worker visas as of April 18 with a big “special provision” thanks to COVID-19. According to an announcement on the website of the U.S. Embassy in Guatemala:

[I]n-person interviews will not be required for most H-2 visa applicants, whether they be workers returning to the United States or first-time visa applicants.

Fingerprints are no longer required, either.

How importing foreign labor helps more than 30 million Americans who have applied for unemployment is a mystery.

Of course, the Guatemalan government, despite its fears about accepting infected deportees, has no qualms about assisting the effort and will provide permission for the travel in compliance with COVID-19 rules.

Here then is the summary:

It’s not as contradictory as it sounds if you recall the wise if apocryphal words of Deep Throat in All The President’s Men: Follow the money.

Giammattei is making money—and saving more of it—by encouraging the departure of workers who mail home remittances, while discouraging the return of the sick, who can be cared for at American , Canadian or Mexican taxpayer expense.

It’s a win-win for Guatemala.

But what about the U.S.?

It means more cheap labor for agribusiness and anyone else who wants low-wage help—while 30 million-plus unemployed Americans wonder how to pay their bills.

If Guatemala can advance its interests, so can we.

We need a total shutdown of immigrants and foreign workers, either “permanent” or “temporary”.

What’s he waiting for? The time to close the borders is now!