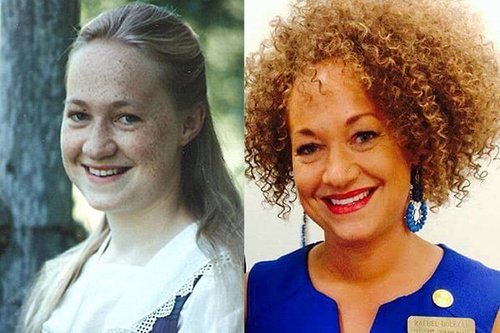 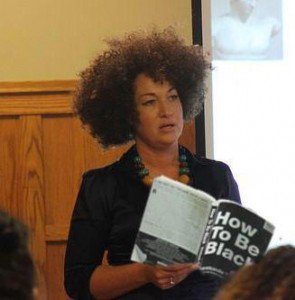 Why was America so shocked by homegirl hoaxer Rachel Dolezal?

The spray-tanned con artist, who resigned this week as head of the Spokane chapter of the National Association for the Advancement of (Artificially) Colored People, is the inevitable outcome of academia's cult of manufactured victimhood.

College campuses have been grooming a cadre of professional minority fakers and fraudsters for decades. 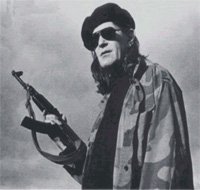 The notorious pretendians Ward Churchill (right) and Elizabeth Warren faked their Native American status to bolster their faculty credentials at the University of Colorado and Harvard, respectively. It was a mutually beneficial racket for all poseur parties involved. Churchill and Warren basked in their tenured glory. The schools racked up politically correct points for adding the right flavors to their employment rolls.

Churchill was specifically granted a "special opportunity" position that his school created to increase "diversity" on the teaching staff. Warren falsely listed herself as a minority professor in a law school directory. Harvard officials eagerly touted Warren's bogus background, the Boston Herald reported, to "bolster their diversity hiring record in the '90s as the school came under heavy fire for a faculty that was then predominantly white and male." Based solely on what Warren (right) later 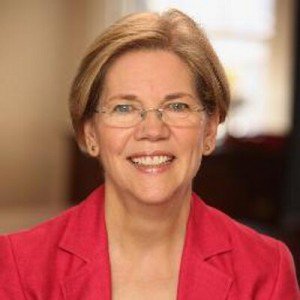 admitted was unsubstantiated "family lore," the Fordham Law Review called her the "first woman of color" at Harvard Law.

The pressure to conform and cash in on the cult of oppression chic is even more virulent among the student body. Race-based affirmative action is a primary catalyst.

Take Vijay Chokal-Ingam, brother of TV star Vera Mindy Chokalingam. He pretended to be black in 1998-99 in order to gain admission to St. Louis University School of Medicine. 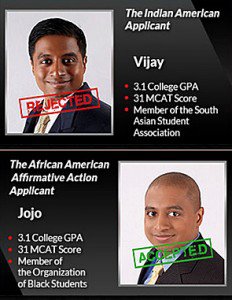 From the moment they apply to the nation's elite institutions of higher learning, applicants are rewarded for playing up racial division, ethnic strife and identity politics.

"I told Harvard I was an undocumented immigrant," Dario Guerrero bragged in The Washington Post last fall. "They gave me a full scholarship."

In the 1990s, top-tier schools introduced a "diversity essay" requirement for undergrad admissions. The online "Common Application" used by hundreds of colleges and universities directs prospective students to "describe an experience that illustrates what you would bring to the diversity in a college community, or an encounter that demonstrated the importance of diversity to you."

More recently, the University of California at Berkeley mandated that all graduate school hopefuls supply a "personal history statement" with "information on how you have overcome barriers to access opportunities in higher education."

And that's not enough. Applicants for every U.C. Berkeley graduate program must provide "evidence of how you have come to understand the barriers faced by others, evidence of your academic service to advance equitable access to higher education for women, racial minorities and individuals from other groups that have been historically underrepresented in higher education, evidence of your research focusing on underserved populations or related issues of inequality, or evidence of your leadership among such groups."

These "progressive" schools then herd their young charges into color-coded dorms and segregated academic departments, where they can stew even deeper in their "otherness" and gripe about "white privilege."

We've moved from "separate, but equal" to "separate is superior."

In addition, I've chronicled dozens of cases of minority students over the years who have faked hate crimes when they were dissatisfied with their level of systemic oppression. Instead of being punished, many of these p.c. performance artists have been praised by college administrators and faculty for "raising awareness" of social injustice.

Is it any wonder, then, that lying liar Rachel Dolezal learned from historically black Howard University to loathe the skin she was born in?

After receiving a full art scholarship based on her portfolio of "exclusively African-American portraiture," she reportedly encountered bigotry from campus officials who had assumed she was black when she applied. She lost a lawsuit against the university in which she described an atmosphere "permeated with discriminatory intimidation, ridicule and insult" for being white. Soon after, according to her family, she began to make her creepy transition and continues to "identify as black."

If you can't beat 'em, join 'em. If you can't make it, fake it. In the ivory tower, the most afflicted and the most offended are at the top of the food chain.