The New Jersey State Police was once one of the outstanding law enforcement organizations in the USA. But now it reflects the decay that inevitably accompanies forced diversity in microcosm. 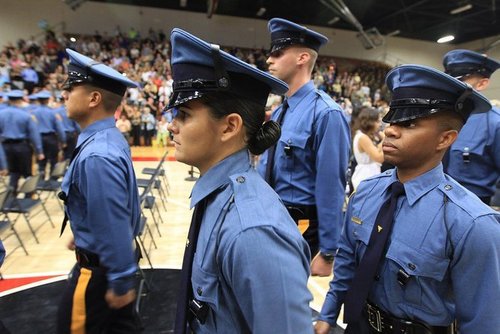 The State Police was once reluctant to hire female officers. It was reasoned that troopers cover large distances on their own and encounter physical and psychological challenges further from backup than their municipal colleagues. Troopers lived in barracks, away from their families at times. To the state’s credit, the first female state troopers were not coddled but held to a very high standard. They earned the respect of fellow troopers.

That makes the current suit all the more distasteful. Why should a female trooper be degraded for uncompromisingly doing her job?

According to NJ Advance Media:

Acting Sgt. Jaclyn Jiras, who spent five months working as a background investigator at a time the division was being scrutinized for its lack of black of black cadets, claims she was reassigned and denied promotion when she fluffed applicants with troubled histories and criminal backgrounds.

Jiras claims in her suit that her superiors, under pressure from the state Attorney General’s Office to boost recruit class diversity on short notice approved candidates who had been automatically disqualified for having suspended licenses, criminal affiliations and active warrants.

Suits like this usually end the careers of plaintiffs. Every cop knows this. Jiras has no reason to make this sort of thing up. On the contrary, she had every inducement to go along with the diversity nonsense. For that reason alone, this is a very believable allegation. See also N.J. State Police graduate 91 new troopers in most diverse class in history, By Christopher Baxter, NJ.com, October 4, 2013

(This is just one more reason we should be glad that Chris Christie didn’t make the grade last month. That’s his attorney General who looks to be turning a blind eye to gangbangers in the State Police Academy.) To see what similar practices led to in Los Angeles, see  Christopher Dorner, The Rampart Scandal, And The Real Problem With The LAPD.

A memo from a Deputy Public Defender states that “Basically he was observed writing ‘test results’ for suspected marijuana that was never tested.” Shah was immediately removed from lab work and it is believed that he is now retired. 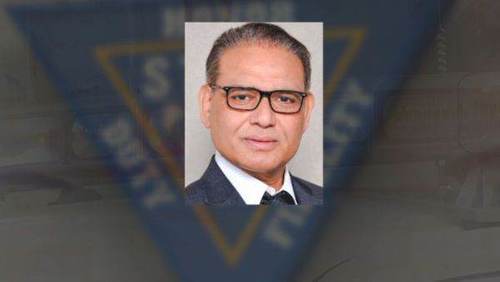 He was not charged with a crime.

(I’ve written before about immigrant “professional ethics”—see here and here.)

What will be the impact of this? Shah was with the State Police for ten years. He worked on a total of 7,827 cases statewide covering four counties.

Municipal courts have been alerted as some cases are still pending. But since this calls into question cases going back ten years, the possible damage to the course of justice is hard to foresee. It is likely that old plea deals in the drug cases will not be affected.

According to Peter Aseltine, spokesman for the Attorney General:

“....in an abundance of caution we have identified every case that Shah worked on since he began working in the North Regional Lab Drug Unit in 2005, and we have notified the county prosecutors advising them to alert defense counsel in those cases.” [Lab tech allegedly faked result in drug case; 7,827 criminal cases now in question, By Justin Zaremba,  NJ Advance Media, March 02, 2016]

The taxpayers of New Jersey can count on paying for the many motions to suppress and appeals this scandal will surely generate. Defense attorneys and public defenders would be foolish not to use this affair to full effect. Where the outcome will be in doubt, a lot of cases will result in time served, get-out-of-jail free results. For earlier cases like this, see Diversity Is Strength! It’s Also…Forensic Science Scandals, by Nicholas Stix.

Kamalkant Shah’s Linkedin page disappeared shortly after the news broke. But I managed to print it out before. He lists his employment as “Forensic Scientist” for 27 years. Most of this was in one capacity or another with the State of New Jersey and most of that with the State Police.

“Forensic Scientist” may be a stretch as he only has a Master’s Degree. Civil Service titles frequently inflate the actual level of responsibility. Routine chemical analysis was his job wherever he went. In some cases, he tested horse urine at the racetrack, in others, he tested for Marijuana from under car seats. This is not exactly research science. There are standard laboratory tests for all of these procedures.

Shah has a Master’s Degree graduate from Sardar Patel University and, yes you guessed it, that’s in India. I can’t judge the possible grandeur of that establishment but I must note that in order to qualify as a “scientist” for the State Police he had to get a “Mini” degree in Chemical Physiology from Stevens Institute of Technology in Hoboken. I’m guessing that doesn’t amount to Mini-PhD. [New Jersey Crime Lab Tech Suspended For Falsifying Test Results, Blows 7,800+ Cases, by Rusty Davis, Photography Is Not A Crime, March 2, 2016]

One oddity in the NJcom report: the State Police credit Shah with ten years service, but his Linked in Page lists various positions over a long spread of time, all connected to the State Police.

I imagine the New Jersey State government finds it more comfortable to pretend that his latest gig was his only one. They certainly wouldn’t want addition questions raised about past test results would they?

On the other hand, why jump around? Why did Shah leave his previous labs within the Criminal justice system in NJ?

In any event, this appears to be his total service with the State Police.

So this is another example of the State Police stumbling all over itself to embrace diversity at the expense of Americans. Even working as a glorified lab tech, Shah was paid $101,039.00 per year. Was this really a job Americans wouldn’t do?