President Trump "said things which were hate-filled, vile and racist. ... I cannot believe ... any president has ever spoken the words that I ... heard our president speak yesterday."

So wailed Sen. Dick Durbin after departing the White House.

And what caused the minority leader to almost faint dead awayb?

Trump called Haiti a "s—hole country," said Durbin, and then asked why we don't have more immigrants from neat places "like Norway."

With that, there erupted one of the great media firestorms of the Trump era. On Martin Luther King Day, it was still blazing. 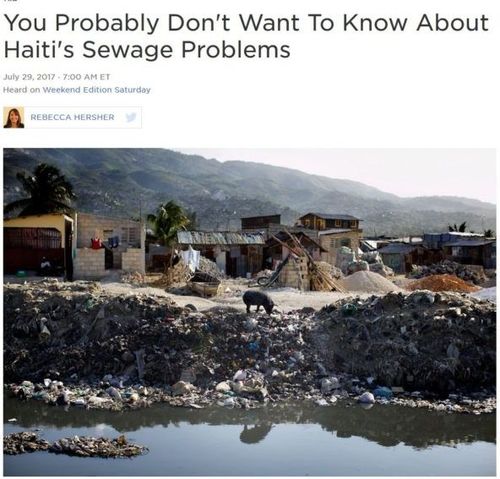 Trump concedes he may have disparaged Haiti, which, at last check, was not listed among "Best Places to Live" in the Western Hemisphere. Yet Trump insists he did not demean the Haitian people.

Still, by contrasting Norway as a desirable source of immigrants, as opposed to Haiti, El Salvador and Africa, Trump tabled a question that is roiling the West, the answer to which will decide its fate.

Trump is saying with words, as he has with policies, that in taking in a million people a year, race, religion and national origin matter, if we are to preserve our national unity and national character.

Moreover, on deciding who comes, and who does not, Americans have the sovereign right to discriminate in favor of some continents, countries and cultures, and against others.

Moreover, in stating his own preferences, Trump is in a tradition as old as the Republic.

The original Colonies did not want Catholics here. Ben Franklin feared Pennsylvania was being overrun by stupid Germans:

"Why should Pennsylvania, founded by the English, become a Colony of Aliens, who will shortly be so numerous as to Germanize us instead of our Anglifying them, and will never adopt our Language or Customs, any more than they can acquire our Complexion."

Just as anti-immigrant parties have arisen in Europe to stem the flood of refugees from the Mideast and Africa, an American Party ("Know-Nothings") was formed to halt the surge of Irish immigrants during the Potato Famine of 1845-1849.

Lincoln wanted slaves repatriated to Africa. In the 19th and 20th centuries, we had Chinese and Japanese exclusion acts.

"Californians have properly objected" to Japanese migrants, said V.P. nominee FDR "on the sound basic ground that ... the mingling of Asiatic blood with European or American blood produces, in nine cases out of ten, the most unfortunate results."

After the Great Migration of Italians, Poles, Jews and East Europeans, from 1890 to 1920, the Immigration Act of 1924 established quotas based on the national origins of the American people in 1890, thus favoring Brits, Scots-Irish, Irish and Germans.

"We favor reducing immigration to nothing ...to nothing…shutting out the Germans… Italians… Hindus… Chinese… and even the Negroes from the West Indies. [“Immigration and Japan,” The Messenger (August 1924)]

The Senate floor leader of the 1965 Immigration Act addressed what were then regarded as valid concerns about the future racial and ethnic composition of the country. Sen. Edward Kennedy pledged:

"Our cities win not be flooded with a million immigrants annually ... the ethnic mix of this country will not be upset. ... S. 500 will not inundate America with immigrants from ... the most populated and economically deprived nations of Africa and Asia."

What Kennedy assured America would not happen, did happen.

Today, issues of immigration and race are tearing countries and continents apart. There are anti-immigrant parties in every nation in Europe. Turkey is being bribed to keep Syrian refugees out of Europe.

Boatloads of Africans from Libya are being turned back in the Med. After building a wall to keep them out, Bibi Netanyahu has told "illegal aliens" from Africa: Get out of Israel by March, or go to jail.

Angela Merkel's Party may have suffered irreparable damage when she let a million Mideast refugees in. The larger concentrations of Arabs, Africans and Turks in Britain, France and Germany are not assimilating. Central European nations are sealing borders.

Europe fears a future in which the continent, with its shrinking numbers of native-born, is swamped by peoples from the Third World.

Yet the future alarmed Europeans are resisting is a future U.S. elites have embraced. Among the reasons, endless mass migration here means the demographic death of the GOP.

In U.S. presidential elections, persons of color whose roots are in Asia, Africa and Latin America vote 4-1 Democratic, and against the candidates favored by American's vanishing white majority. Not for the first time, liberal ideology comports precisely with liberal interests.

Mass immigration means an America in 2050 with no core majority, made up of minorities of every race, color, religion and culture on earth, a continent-wide replica of the wonderful diversity we see today in the U.N. General Assembly.

Such a country has never existed before. Are we on the Yellow Brick Road to the new Utopia—or on the path to national suicide?