Where Americans Came From—And Where Immigrants Are Coming From Now

Above is a fairly recent map of where immigrants are coming from, by state. [From Germany to Mexico: How America’s source of immigrants has changed over a century, By Jens Manuel Krogstad and Michael Keegan, Pew Research, October 7, 2015]

You'll notice that Montana (where Paul Nachman lives) and North Dakota (where almost nobody lives) are getting some cross-border immigrants from the Canadian West, but almost everywhere else, it's Mexico, Mexico, Mexico, and Mexico.

Here's a comparable map for 1910—call it your Grandfather's America. 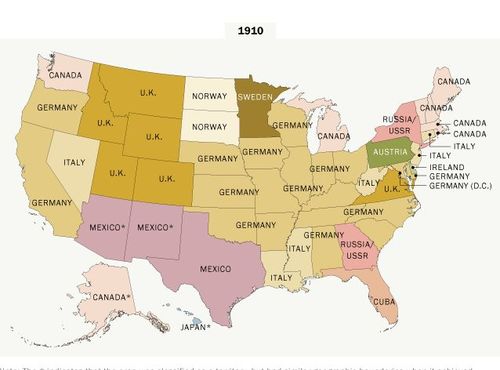 Where it says Russia/USSR above, it really means "Russian Empire", of course, but the boundaries are about the same. Remember, that amount of immigration, from all those different countries, was creating enormous pressure in 1910, which  eventually to the Immigration Act of 1924 to stop it 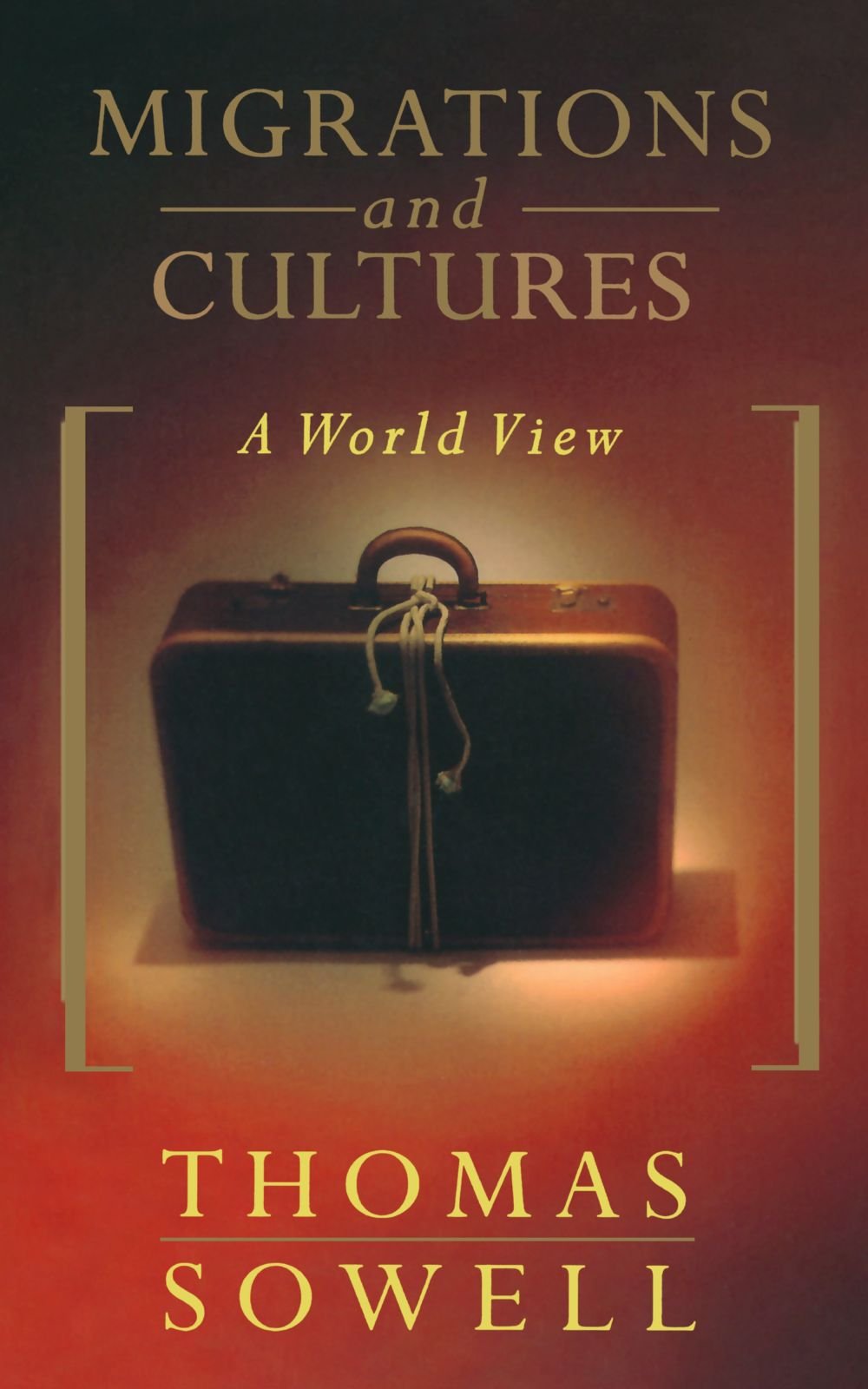 And, of course, it matters where people come from. To take one example from the map above,  German immigrants have had a fairly positive effect in America, as detailed by Thomas Sowell in Migrations And Cultures.

Sowell wrote "The capacity of Germans for hard, thorough, unrelenting work has been noted in Germany itself, as well as in colonial America, czarist Russia, Honduras, Australia, Brazil, Ireland, Argentina, and Paraguay." That made them good farmers, carpenters, masons, and (of course) brewers in America.

The capacity of Mexicans for "hard, thorough, unrelenting work" is not something you hear that much about. It's true that politicians are always saying they're "hard-working" but all that means is that they work cheaper.

If you are having  a house built by Mexicans rather than Germans, it's much more likely to fall down. And that may apply to the country, too.