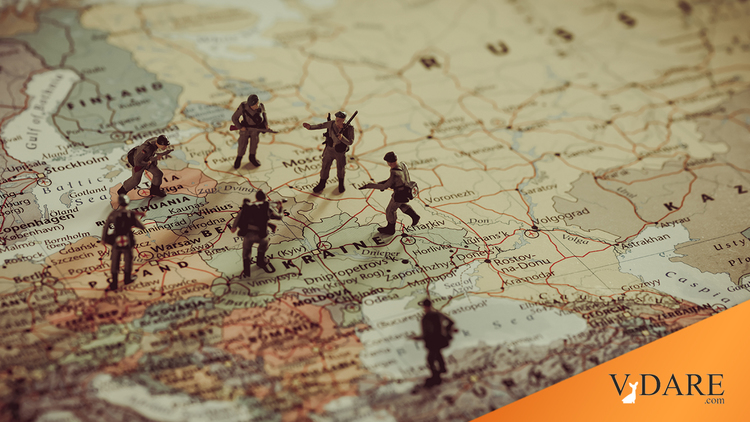 Belarusian autocrat Alexander Lukashenko has cleared out the encampment at his border crossing into Poland, where thousands of Middle Eastern migrants had been living in squalor.

Last week, that border crossing was the site of clashes between asylum-seekers trying to push through the razor wire and Polish troops resisting with water cannons.

While the crisis between Warsaw and Minsk has not ended, it appears to have been temporarily eased.

Behind the clash was the recent election in Belarus that the European Union saw as fraudulent and Lukashenko's interception of a commercial airliner to kidnap and imprison a critical journalist.

Lukashenko brought in the migrants from the Mideast and moved them to the border, forcing the Poles to deploy security forces to block their entry. Lukashenko's actions were in retaliation for Poland's support of the sanctions the EU had imposed on Belarus.

So it was that, last week, a NATO ally, Poland, had a confrontation with a close ally of Vladimir Putin's Russia, which could have resulted in a shooting war that could have drawn in Russia and the United States.

While Belarus, perhaps at Putin's insistence, has pulled the migrants back from the border and eased this crisis, the same cannot be said of the crisis developing around Ukraine.

For days now, U.S. officials have been warning that the 100,000 Russian troops stationed near the borders of Ukraine may be preparing for an invasion.

As Ukraine is not a NATO ally, the U.S. is under no obligation to come to Kyiv's defense. But any Russian invasion to expand the share of Ukraine it now controls could produce a crisis more serious than Putin's annexation of Crimea or support for the separatists in the Donbas.

For Putin, the situation in the Black Sea, where U.S. warships and warplanes lead NATO vessels on regular visitations, must truly stick in the craw.

And today? Romania and Bulgaria are NATO allies of the United States. Ukraine and Georgia, having broken free of the USSR at the end of the Cold War, are independent nations that look to Europe, not Moscow.

The goal of both is become NATO allies under the protection of the U.S. and its nuclear umbrella.

Another consideration: Ukraine and Russia have historic ties—religious, ethnic, cultural—that go back 1,000 years.

What Putin sees in Russia's loss of Ukraine and Kyiv's alignment with the U.S. and the West was what Americans of Abraham Lincoln's generation saw when France exploited our preoccupation with the Civil War to turn Mexico into a subject nation of the French Empire.

Every nation involved in the migrant crisis on the Polish border and the gathering crisis around Ukraine was either a Soviet republic or a Warsaw Pact member during the Cold War, when Putin was a KGB officer.

All four nations—Poland, Lithuania, Ukraine, Belarus—were, not so long ago, vital interests of Moscow. And none had ever been a vital interest of the distant United States. And no U.S. Cold War president ever thought so.

Dwight Eisenhower did not intervene to save the Hungarian Revolution when it was crushed by Soviet tanks. John F. Kennedy did not tear down the Berlin Wall as it was going up. Lyndon B. Johnson did not intervene to stop Warsaw Pact armies from invading Czechoslovakia to crush the Prague Spring.

And Ronald Reagan did not put the Polish Communist regime in default on its huge unpaid debt when it crushed Solidarity.

Who rules in Minsk has never been a vital interest of the United States. Nor has the location of the Russia-Ukraine border or the political orientation of the regime that rules in Kyiv.

Avoiding a war with Russia that could go nuclear, however, has always been a vital strategic interest, especially since Moscow acquired nuclear weapons. Every American president has known that.

And avoidance of war with the United States has been a guiding principle of Russian foreign policy from Stalin to Putin.

No political dispute in the east of Europe alters these realities.

After all, the only war that NATO, "the most successful alliance in history," ever fought, Afghanistan, it lost and left after 20 years.

Let the nations of Eastern Europe solve their problems without the constant intervention of the United States.

Given the disastrous record of the neocon wars of the 21st century, the U.S., facing every new crisis, ought to ask itself before acting:

Why is this quarrel any of our business?