Pat Buchanan: After the Confederates, Who's Next?

On Sept. 1, 1864, Union forces under Gen. William Tecumseh Sherman, victorious at Jonesborough, burned Atlanta and began the March to the Sea where Sherman's troops looted and pillaged farms and towns all along the 300-mile road to Savannah. 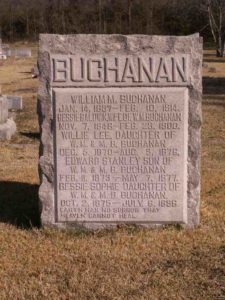 Captured in the Confederate defeat at Jonesborough was William Martin Buchanan of Okolona, Mississippi, who was transferred by rail to the Union POW stockade at Camp Douglas, Illinois.

By the standards of modernity, my great-grandfather, fighting to prevent the torching of Georgia's capital, was engaged in a criminal and immoral cause. And "Uncle Billy" Sherman was a liberator.

Under President Grant, Sherman took command of the Union army and ordered Gen. Philip Sheridan, who had burned the Shenandoah Valley to starve Virginia into submission, to corral the Plains Indians on reservations.

It is in dispute as to whether Sheridan said, "The only good Indian is a dead Indian." There is no dispute as to the contempt Sheridan had for the Indians, killing their buffalo to deprive them of food.

Today, great statues stand in the nation's capital, along with a Sherman and a Sheridan circle, to honor these most ruthless of generals in that bloodiest of wars that cost 620,000 American lives.

Yet, across the South and even in border states like Kentucky, Maryland and Missouri, one may find statues of Confederate soldiers in town squares to honor the valor and sacrifices of the Southern men and boys who fought and fell in the Lost Cause.

When the Spanish-American War broke out, President McKinley, who as a teenage soldier had fought against "Stonewall" Jackson in the Shenandoah and been at Antietam, bloodiest single-day battle of the Civil War, removed his hat and stood for the singing of "Dixie," as Southern volunteers and former Confederate soldiers paraded through Atlanta to fight for their united country. My grandfather was in that army.

For a century, Americans lived comfortably with the honoring, North and South, of the men who fought on both sides.

But today's America is not the magnanimous country we grew up in.

Since the '60s, there has arisen an ideology that holds that the Confederacy was the moral equivalent of Nazi Germany and those who fought under its battle flag should be regarded as traitors or worse.

Thus, in New Orleans, statues of Jefferson Davis, president of the Confederate States of America, and General Robert E. Lee were just pulled down. And a drive is underway to take down the statue of Andrew Jackson, hero of the Battle of New Orleans and president of the United States, which stands in Jackson Square.

Why? Old Hickory was a slave owner and Indian fighter who used his presidential power to transfer the Indians of Georgia out to the Oklahoma Territory in a tragedy known as the Trail of Tears.

But if Jackson, and James K. Polk, who added the Southwest and California to the United States after the Mexican-American War, were slave owners, so, too, were four of our first five presidents.

The list includes the father of our country, George Washington, the author of the Declaration of Independence, Thomas Jefferson, and the author of our Constitution, James Madison.

Not only are the likenesses of Washington and Jefferson carved on Mount Rushmore, the two Virginians are honored with two of the most magnificent monuments and memorials in Washington, D.C.

Behind this remorseless drive to blast the greatest names from America's past off public buildings, and to tear down their statues and monuments, is an egalitarian extremism rooted in envy and hate.

Among its core convictions is that spreading Christianity was a cover story for rapacious Europeans who, after discovering America, came in masses to dispossess and exterminate native peoples. "The white race," wrote Susan Sontag, "is the cancer of human history."

Today, the men we were taught to revere as the great captains, explorers, missionaries and nation-builders are seen by many as part of a racist, imperialist, genocidal enterprise, wicked men who betrayed and eradicated the peace-loving natives who had welcomed them.

What they blindly refuse to see is that while its sins are scarlet, as are those of all civilizations, it is the achievements of the West that are unrivaled. The West ended slavery. Christianity and the West gave birth to the idea of inalienable human rights. 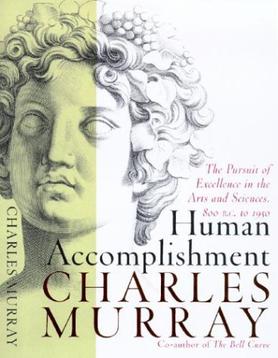 What is disheartening is not that there are haters of our civilization out there, but that there seem to be fewer defenders.

Of these icon-smashers it may be said: Like ISIS and Boko Haram, they can tear down statues, but these people could never build a country.

What happens, one wonders, when these Philistines discover that the figure in the statue, right in front of D.C.'s Union Station, is the High Admiral of the Ocean Sea, Christopher Columbus?