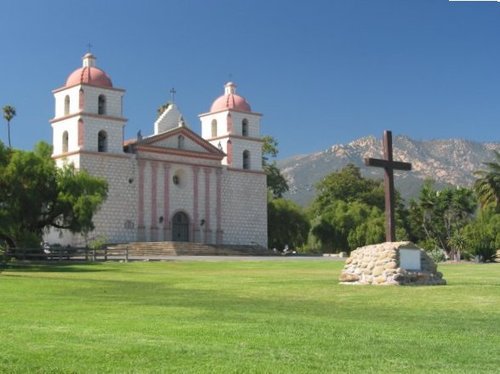 Junipero Serra And The Indians: Pope Not Up to Date on His "Who? Whom?" Rankings

Why Pope Francis’ Canonization of Junipero Serra Is So Controversial

I think they mean “first Latin American-born head of the Catholic Church.” Pope Francis is of Italian descent, which is less than unprecedented among Popes. And lots of Popes have been born in Spain, such as Alexander VI, father of Cesare and Lucrezia Borgia.

Similarly, Father Serra was born in Majorca in the Mediterranean. But producing saints is not a new thing for Spain. Nor for Latin America: St. Rose of Lima was canonized in the 1660s. I guess they must mean Hispanic-Norte Americano. But then how can Pope Francis qualify as that?

But the ceremony will not be without controversy.

Serra, a Franciscan monk who worked to evangelize the California coast during the 18th century, has been criticized for using coercive force and corporal punishment on Native Americans.

“There’s a sense of loss and despair over what those missions meant” to Native Americans, said Hackel.

But the Vatican is hoping that the focus of Serra’s legacy will be on his saintly acts and his immigration efforts.

Well, the Chumash Indians now have a casino, so there’s that.

Pope Francis, himself the son of immigrants, said that he sees Serra as “one of the founding fathers of the United States.”

The canonization is part of an effort by the Catholic Church to help shed light on an often forgotten era of American history that usually begins with Puritans arriving not far from the East Coast cities Pope Francis will be addressing.

Serra became a missionary late in life and arrived in California in 1749 at the age of 54, the same year King George II granted the Ohio Land Company a charter to settle along the Ohio River.

Sent by the Spanish crown in the 18th century, Serra helped lay the foundation for modern California by building a network of churches and settlements along the Pacific Ocean and converting Native American people to Christianity.

His legacy is considered so important to American history that he is one of two Californians with a statute in the U.S. Capitol’s Statuary Hall along with Ronald Reagan.

Each state gets to pick two statues (e.g., Virginia has Washington and Jefferson). But the relevant point is that the California legislature sent Serra’s statue to Washington way back in 1931.

This was part of the Spanish Mission craze of the era in California, which saw Santa Barbara rebuilt in Spanish Mission style, and William Randolph Hearst pay for rebuilding Serra’s decrepit mission buildings as museums.

But Serra was a white man, so now he’s out of fashion:

Earlier this year, the California legislature proposed legislation to replace Serra with Dr. Sally Ride, the first woman and youngest person in space.

Not only was he white, he was a late Conquistador.

Pope Francis plans on acknowledging the Serra statue during his visit to Congress on Wednesday.

Hackel said that the church sees the canonization of Serra as an opportunity to remind Americans of their Hispanic past, but also to provide historical context to immigration issues.

“The Vatican sees Serra almost as a patron saint of immigration,” said Hackel. Serra’s canonization is a way of communicating that, “there’s a history behind immigration policy that is rooted in a Spanish Catholic past and not just a Protestant, 18th Century political rebellion.”

In other words, what Jorge Ramos calls a “Reconquest.” Father Serra was a Conquistador, and Pope Francis wants to be a Reconquistador.

Immigration is believed to be one of the key topics discussed by the pope during his time in the United States.

Perhaps Congress could just issue a formal apology to Katherine of Aragon for Henry VIII’s shameful treatment of her? Wouldn’t that be simpler?

Okay, I did some more research and now I think I finally understand the politics of the Spanish Mission / Father Serra craze among Protestant Americans in the late 19th and early 20th Centuries.

It goes back to Helen Hunt Jackson’s 1884 muckraking romance novel “Ramona.” It was a big bestseller. When railroad tourism to Southern California became affordable in 1887, many tourists wanted to see the places depicted in the book.

Ms. Jackson was about as post-Puritan as is imaginable: she was the daughter of a Unitarian minister and Amherst professor of Latin and Greek. Jackson’s grade school classmate and lifelong friend was Emily Dickinson.

She was a crusader for better treatment of American Indians, publishing in 1881 A Century of Dishonor. She took a tour of California and decided to write the American Indian equivalent of Uncle Tom’s Cabin, focusing on the miserable state of Native Americans in California, which she blamed upon the Mexican government secularizing the Mission lands in 1833 and the American government arriving in 1848. I gather she posited that there had earlier been a golden age for the Indians under the Missions in the late 18th Century.

So out of this liberal, humanitarian sentiment arose the WASP celebration of the Spanish influence in California. This is starting to sound like a Mencius Moldbug history of the world.