Headliner of the week was the Muslim terrorist attack on a pop concert in Manchester, England. The bomber blew himself up and took 22 others with him. That's the count as I go to tape here; over a hundred were injured, some critically, so the death count may be higher as you hear this.

The bomber was a 22-year-old Muslim, name of Salman Abedi, born in Britain to parents from Libya. Those parents had been settled in England as refugees from Colonel Gaddafy's government; so that's where the bomber was born, in England, 1994. 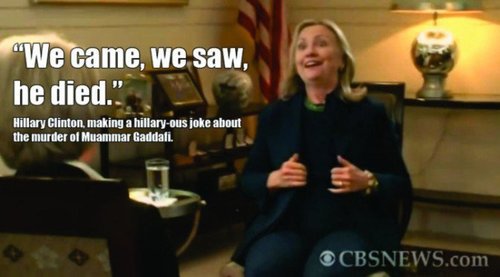 In 2011, you'll recall, Barack Obama, prompted by the Three Horsegirls of the Apocalypse—Samantha Power of Obama's National Security Council, his U.N. Ambassador Susan Rice, and his Secretary of State Hillary Clinton—who in turn were prompted by Britain and France, with an assist from George Soros—overthrew Colonel Gaddafy.

Salman Abedi's parents thereupon, in 2011, returned to Libya. Salman Abedi, then 17, stayed in the U.K.

So I'll just pause to note here that this is yet another case of absimilation. Here yet again is the relevant passage from We Are Doomed, the one book you need to explain the modern world. Chapter 10, edited quote:

The English word "assimilation" derives from the Latin prefix ad-, which indicates a moving towards something, and the same language's verb simulare, "to cause a person or thing to resemble another." You can make a precisely opposite word using the prefix ab-, which marks a moving away from something. Many immigrants of course assimilate to American society … Many others, however, especially in the second and following generations, absimilate.

That's what Salman Abedi did: He absimilated, ending up hating the country that had taken in his parents.

It wasn't just him, either. His younger brother Hashim, 20 years old, and so presumably also born in England, seems to have been an accomplice to the bombing. He was arrested by authorities in Libya on Tuesday. There's also a slightly older brother, 23-year-old Ismail, arrested by British police in Manchester, also on Tuesday.

The father has been arrested, too, also in Libya. The authorities there say he belongs to an extremist sect of Islam.

There's also a sister, 18-year-old Jomana Abedi, also born in Manchester, where she is studying molecular biology with a view to advancing cancer research … No, sorry, I got my news stories mixed up there. Ms. Abedi actually works at a mosque, though I haven't been able to discover what she does there. Perhaps she's the hat-check girl, I don't know. 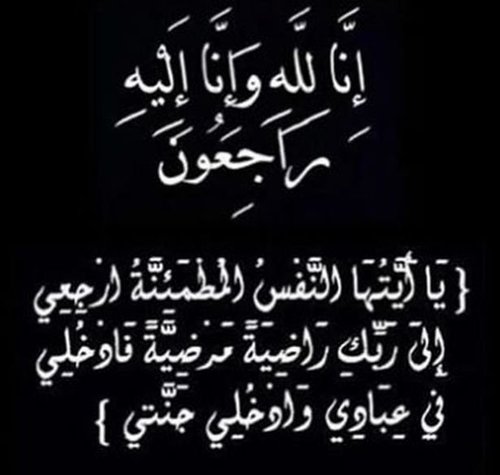 Whatever: She told the Wall Street Journal that her brother Salman, the bomber, was a "kind" and "loving" person. [Manchester Bomber Believed Muslims Were Mistreated, Sought Revenge, WSJ, May 25, 2017] Forty-eight hours after the bombing she posted some Arabic verses on her Facebook page congratulating her brother on having entered Paradise. [Sister of Manchester suicide bomber posts prayer about 'entering Paradise' days after evil brother slaughters 22 innocents, By Stephen Jones, Mirror (UK)May 25, 2017]

So it looks like this whole born-in-Britain family absimilated. Instead of learning to play cricket, quote Tennyson, and enjoy a nice treacle tart, they dream of killing infidels and going to Paradise thereby.

And there's plenty more where they came from. There's a whole Libyan "community" in Manchester. I can't find out how many are there, but there are close to 20,000 Libyans in the U.K. and this Manchester community is one of the biggest, so I'm guessing it's well into four digits.

How many of those thousands have assimilated, versus how many have absimilated, is not known to me, or probably to anyone.

What does one say about a story like this? What, to be personal, do I say as a commenter who grew up in England before the place was destroyed by mass immigration?

Until astonishingly recently it was the common opinion among English people that the worst disaster that could befall a nation was invasion and occupation by foreigners. This opinion was, of course, disgracefully nativist and xenophobic, if not actually racist. But it was what all English people believed in the darkness of their ignorance and the arrogance of their selfish pride in the dark, ignorant times just forty or fifty years ago.

They fortified that belief with the smug recollection that England had not in fact been invaded and occupied for several centuries. The last time it had happened was the year 1066, the year of the Norman Conquest. 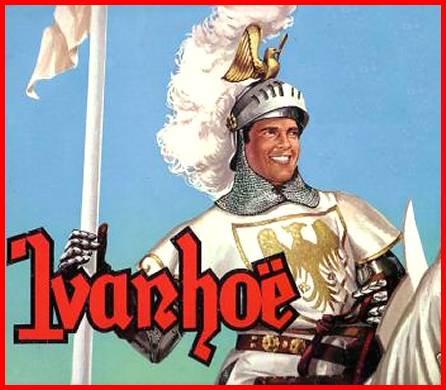 There was a whole genre of literature showing noble Anglo-Saxons battling against cruel, arrogant Normans, including one real literary masterpiece: Sir Walter Scott's 1819 novel Ivanhoe. For us early-Boomer English brats, TV and movie actor Sir Roger Moore, who died of cancer on Tuesday aged 89, will always be, not Cold War spy James Bond whom he played in seven movies from 1973 to 1985, but Ivanhoe, in the TV drama of that name that ran for two seasons in the late 1950s on one of Britain's TV channels, which at that time numbered…two.

So the first thing I want to say is: Please don't let this country, the U.S.A., be similarly destroyed. That's why I write for VDARE.com, an immigration-restrictionist outlet. Signs of the madness that destroyed England are plenty visible here, too.

Unlike the English, though, we still have freedom of speech; and white liberal guilt here is focused mainly on our own native blacks, not on disgruntled inhabitants of an old empire across the seas—inhabitants of what formerly were British colonies and are now, since the Brits left, failed states sunk in poverty and disorder.

So we, America, can still turn the tide. I wouldn't say that about England, nor about Britain as a whole, unless the Welsh and the Scots assert themselves forcefully as nations, which I see no sign of.

I think England's too far gone. If the tide can be turned over there, it will be turned only with blood.

Saying that of course brings to mind Yeats' famous poem The Second Coming:

The blood-dimmed tide is loosed, and everywhere

The ceremony of innocence is drowned;

The best lack all conviction, while the worst

Are full of passionate intensity. 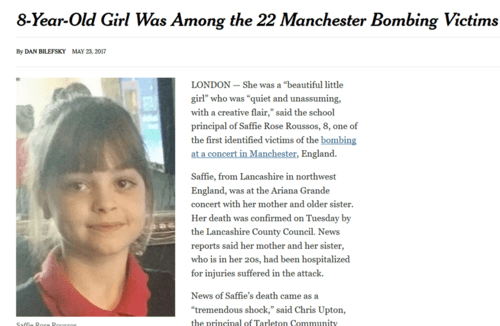 The ceremony of innocence was certainly drowned in Monday night's bombing. The dead included pre-teen children, the youngest only eight. And the bomber is in Paradise, according to his sister, and no doubt also to many millions who think as she does, including thousands of British-born Muslims.

And yes, indeed, "the best lack all conviction." The best here are the ordinary people of England: mild-mannered, good-natured, hospitable people who know—who have always known—what a catastrophe mass Third World immigration is, but who have lacked the collective conviction to resist browbeating by multiculturalist elites.

And yes, also, "the worst are full of passionate intensity." Their passion is directed against their own fellow citizens. Their passion is for a radical change of their nation: not merely a change of manners, style, or politics, but an actual change to the population, swamping native English people with millions of foreigners from utterly different cultures.

That passion was on display after the Manchester Massacre in The Guardian, formerly The Manchester Guardian, a broadsheet British newspaper that takes the lead in promoting multiculturalism and Open Borders, while insulting and belittling native British Badwhites.

Here are some sample quotes from that Tuesday editorial in The Guardian. [The Guardian view on reacting to terror: be Manchester] Sample One, warning readers against xenophobia:

As a country we must resist the idea that we should give in to our deepest fears. A British-born man is said to be behind this heinous act.

Terrorists can kill and maim. But they do not pose an existential threat to our nation.

That's sort-of true; though it will cease to be true if these lunatics get their hands on a nuke. Until that happens—which one day it will—yes, it is true: terrorism is not an existential threat.

We could win over the confidence of marginalised communities by cracking down on hate speech and crimes. Incendiary comments deliberately designed to inflame fraught situations should be investigated.

My emphasis. The phrase "hate speech" of course refers to anything that opposes demographic replacement. There need to be more restrictions on dissident speech, more prosecutions for thoughtcrime, says the Guardian.

The Brits have already lost many of their freedoms so that the multiculturalist project can be advanced: the message from the Guardian editorialists is that they need to lose still more.

The Guardian, the voice of Goodwhite orthodoxy, is barking at England's Badwhites that they'd better not even think of deducing from the Manchester bombing that there is anything wrong with mass Third World immigration. Or, if they dare to think it, that they had better not give voice to their thoughts. That, the Guardian wants Badwhites to know, would be "hate speech," that "should be investigated."

There are mighty forces striving to make it happen; but we can still turn the tide, before it becomes blood-dimmed.

There you have it, ladies and gentlemen. Thank you for your time and attention, and best wishes to all for warm family gatherings with appropriately somber reflections on Memorial Day.