Oscars, RIP: The Red, The Black, And The Nation Of Islam

The Oscar is the almost-90-year-old award that used to be the greatest honor in the motion picture industry. When, after a series of Affirmative Action nominations and wins, no blacks were nominated for the 2015 acting awards for the second straight year, black crybullies Spike Lee, Jada Pinkett Smith, and Will Smith (Pinkett Smith’s husband), threatened to “boycott” the February 28 Oscar presentation. They simply asserted that a lack of black nominees was proof of “racism.” The Academy immediately prostrated itself, announcing that it would make itself “less male and less white,” in other words, engage in the kind of reverse racism and sexism Americans were promised would not happen if 1964 U.S. Civil Rights Act passed:

After criticism over Oscar nominations, the Academy sets a goal to become less male and less white https://t.co/nD9yqj7bzS 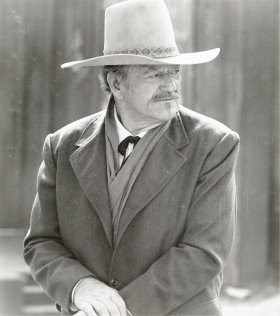 Personally, I reckon that John Wayne should have been nominated for Best Actor eight times, instead of the two acting nominations (and one Oscar) he actually received. But he didn’t throw tantrums, and demand quota nominations and awards based on his being the most popular actor ever, and one of most dramatically powerful.

What’s happening here? From circa 1920-1960, American culture was the greatest the world had seen since ancient Greece. But starting around 1960, our brightest creative lights began to dim. The same period saw the rise of the Red and the Black. The Left used “anti-anti-Communism” and the so-called Civil Rights movement to take over Hollywood, and the country.

Of course, the struggle between dark and light had begun long before that in Tinseltown. The 1920s and 1930s saw the rise of Communism, with a capital “C”—capitalized because in those days many reds joined the Party.) 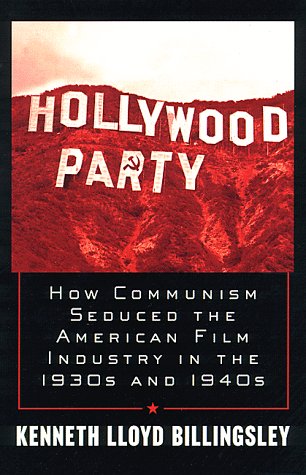 During the reign of Franklin D. Roosevelt (1933-1945), all of America’s public and many private institutions, including Hollywood, were infiltrated by the immense Communist conspiracy.

Like most Communists, the Hollywood Reds had a dream: to steal all of the private property and assets that most Americans had killed themselves earning; slaughter millions; and install a permanent, totalitarian dictatorship.

FDR was a formidable figure: a statist power-monger; a father-figure for millions during the Great Depression; and a resolute commander-in-chief. But with the death of Roosevelt and war’s end, millions of Americans were fed up with the erosion of the liberty that had been their birthright. They wanted to rout the reds!

The most effective political spokesmen for the American people against the red menace was Sen. Joseph McCarthy. CBS’ Edward R. Murrow is the patron saint of Leftist journalistic hacks across America for his inventive demolition of McCarthy on See It Now through means such as showing clips of the senator picking his nose. (The MSM is seeking to do the same with Donald Trump, but the internet and social have broken its monopoly power.)

Among the earliest of this type was High Noon (1952), written by Communist Carl Foreman, who would later be blacklisted. In Foreman’s mind, the cowardly townspeople were the anti-Communists, while the heroic Marshal Will Kane (Gary Cooper), who faced down the Frank Miller Gang alone, was the Communist who refused to “name names,” as Foreman himself did. (But Foreman was an artist, and as often happens his work bears other interpretations—see High Noon: Liberal Classic? Conservative Screed?, by Manfred Weidhorn, Bright Lights, January 31, 2005)

Around 1960, the Hollywood Left created a related movie genre: 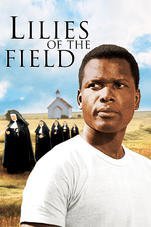 Magic Negro movies were racial fairy tales meant to mask the murder and mayhem that were the reality of “integration.” An early example: Home of the Brave (1949), which starred black pioneer, James Edwards. In the 1960s, Magic Negro pictures starred Sidney Poitier, whose characters were all morally and intellectually superior to the movies’ white characters: The Defiant Ones (1959), The Lilies of the Field (1963), Pressure Point (1964), A Patch of Blue (1965), In the Heat of the Night (1967), Guess Who’s Coming to Dinner? (1967) and To Sir, with Love (1967).

Poitier’s silver screen persona was a doppelgänger of another contemporary fictional character: Martin Luther King Jr. King’s public persona was of a brilliant intellectual and saintly preacher who only sought to achieve race-blind equality for all Americans. The real King—a whore-mongering, plagiarizing, intellectual nullity and traitor who mouthed all-American platitudes, while seeking to plunge us into racial socialism was himself playing a role that was as fictional as the ones played by Poitier.

The MPA and some independent, Hollywood anti-Communists (e.g., Robert Montgomery), staved off a Communist takeover of Hollywood’s craft unions.

But the Hollywood Left ultimately prevailed. The main reasons were:

The Hollywood anti-anti-Communist and Magic Negro offensives were the two most effective, modern propaganda campaigns I know of. But another is now developing: 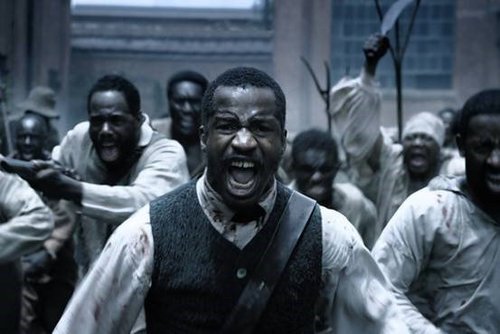 A bloodthirsty mob in the new Birth of a Nation 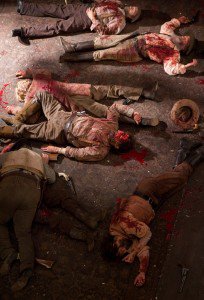 Since black supremacists and their Leftists white allies have imposed the modern institutionalized anti-white discrimination I have called “Jim Snow”, they no longer see the need for pussy-footing around with Magic Negroes. They have developed a new form of race movie, the anti-white “snuff” film. In Robert Rodriguez’ Machete (2010), Quentin Tarantino’s Django Unchained (2012—pictured right), and Nate Parker’s Birth of a Nation (2016), non-whites engage in the mass slaughter of whites, to thunderous applause from … deracinated whites!

Unlike the fantasies of the Magic Negro movies, anti-white “snuff” films are harbingers of their supporters’ hoped-for Holocaust.

Which brings us back to this year’s Academy Awards.

If Academy members who were part of the American Nazi Party had threatened to boycott the proceedings, they would simply have been thrown out of the Academy. Actually, the analogy I just offered is unfair to real American Nazis who have no history of slaughtering people—unlike its black counterpart the Nation of Islam.

Spike Lee, and Will and Jada Pinkett Smith, are all supporters of, and may well be members of the murderous Nation of Islam. (I reached out to the three, but was rebuffed by their various agents, publicists, and flunkies.)

The NOI, founded in 1931, has no genuine connection to Islam. Both ideologies overlap only in their ultra-violence and bans on pork. The NOI’s entire basis is its pursuit of the genocide of all whites.

Since 1963, the NOI has slaughtered anywhere from 85-285 whites across the country, in addition to maiming and raping white victims it failed to murder.

In 2012 the NOI sought, through its New Black Panther Party division, to have hate crime victim George Zimmerman murdered, by offering an illegal reward for his “capture.”

Spike Lee has been an NOI propagandist since at least 2006, when he directed an HBO “documentary” on Hurricane Katrina, When the Levees Broke, in which he promoted Farrakhan’s blood libel that the federal government had blown up the levees in New Orleans’ Ninth Ward to slaughter the section’s predominantly black residents. However, Lee never told viewers that Farrakhan was the source of his paranoid claim.

Jada Pinkett Smith is an attractive black actress who, in 1994, was quoted by Newsweek as ludicrously saying that she was better looking than any white woman. If any white actress had said that, even if true, she would have been finished. However, following the logic of “Jim Snow,” Pinkett Smith’s in-your-face racial rhetoric if anything helped her career.

Last year, she and Will Smith reportedly gave $150,000 to the NOI, for Farrakhan’s extortionist “Justice Or Else” rally. [Will Smith Gets Flak for Reported $150,000 Donation to Nation of Islam, By Victor Fiorillo, Phillymag, September 16, 2015]

It may seem like poetic justice for so many white Hollywood Leftists to get their comeuppance by being racially purged from the Academy. But remember such schadenfreude will come at the cost of yet another American institution submitting to Jim Snow.

Americans can respond to the Red and the Black (and the NOI) by protesting, refusing to watch the Oscars broadcast—and most importantly, by boycotting Hollywood’s ant-white trash.