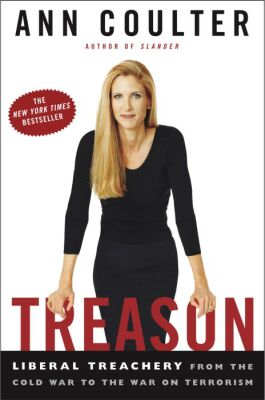 The magnificent new book Hollywood Traitors by Allan Ryskind, son of Hollywood royalty (Marx Brothers screenwriter Morrie Ryskind), has been published just in time for the release of Trumbo,in which Bryan Cranston will portray Hitler apologist Dalton Trumbo as a hero.

I'm guessing the movie skips over Trumbo's aggressive efforts to prevent America from joining the fight against Hitler. To that end, Trumbo wrote two of the most ghastly anti-war films ever made, Johnny Got His Gun, released as a novel in 1939, and The Remarkable Andrew, published in 1941.

To place this in context for Hollywood half-brights, in 1938 Hitler invaded Austria and seized the Sudetenland—sweeping through the rest of Czechoslovakia the following year. On Sept. 1, 1939, the Fuhrer invaded Poland, finally forcing France and England to go to war with Germany.

As Ryskind notes in his magnificent insider's account of such monstrous treacheries as Trumbo's, by 1939, Hitler's persecution of the Jews was not a secret. He had attempted to exclude Jews and blacks from the 1936 Olympics. Jews had been banned from government, journalism, farming, teaching and the theater, among other professions in Germany. They were prohibited from purchasing most food or medicine. In 1938, the Gestapo staged Kristallnacht, looting and burning thousands of Jewish businesses across Germany, incinerating about a thousand synagogues and murdering scores of Jews.

(And remember: This was before the U.N. came along and made Jew-hating a legitimate foreign policy.)

All that, in addition to Hitler's sweep through Western Europe, was well known. But the very month that Hitler marched into Poland, Trumbo published Johnny Got His Gun, a pure propaganda piece designed to squelch American ardor for helping Hitler's victims.

In Trumbo's upbeat story, the protagonist, Joe Bonham, a fresh-faced American soldier, has returned from World War I grotesquely disfigured. Inasmuch as Hitler was obviously a deranged monster, Joe's brutalization would have to be pretty bad to convince Americans to stay neutral in any war to stop him. Thus, Trumbo's character had lost both his arms, and for good measure, also his legs. But that's not all! The war had blasted out Joe's eyes. And his ears. And his nose. And his mouth.

Is that enough to stop you from leaping into a war among indistinguishable imperialist powers, America?

Trapped in his remaining stump of a body, Joe becomes bitterly anti-war and decides he wants to be displayed to the public, in order to show Americans the true horror of warfare. But even after Joe manages to communicate his wish by banging his head in Morse code, his superiors refuse to comply. The corrupt U.S. generals, you see, were gung-ho for another senseless war in Europe, to help countries that were just as bad as Nazi Germany.

In the next year, Hitler would sweep through Europe, taking Norway, Denmark, the Netherlands, Belgium, Luxembourg and France. England stood virtually alone in opposing the Nazi war machine.

At that point, Trumbo produced another screenplay designed to convince Americans not to fight that harmless gentleman in Germany: The Remarkable Andrew, published as a novel in 1941. The hero of the story, Gen. Andrew Jackson, reappears from the dead to warn Americans not to get involved in England's war. It was sort of a Hot Tub Time Machine 2 with Old Hickory thrown in. "There's no point," Jackson hectors the audience, "in cooking up an alliance with a country that's already licked."

For someone who didn't see why Americans should lift a finger to defeat Hitler, Trumbo was quick to detect fascism in America. When asked by the House Un-American Activities Committee (HUAC) whether he was a member of the Screen Writers Guild—a question answered by several writers far more prominent than he, such as Bertolt Brecht—he screamed at the committee, "This is the beginning of an American concentration camp!" (If only Hillary had thought of that!)

This from the man who printed tributes to renowned anti-Semite Theodore Dreiser in his magazine The Screen Writer in 1946. Trumbo's honored author Dreiser had, for example, called New York a "kike's dream of a ghetto."

I think I liked Cranston better as a meth cook.

Contrary to publicity pieces for Trumbo claiming that Hitler's apologist "was punished for his principled stand for free speech and the Constitution," when the real Trumbo testified before HUAC, he never mentioned the First Amendment. Only later, to prettify Trumbo's silly outbursts, did his lawyers think to claim that he was making some sort of statement about free speech. 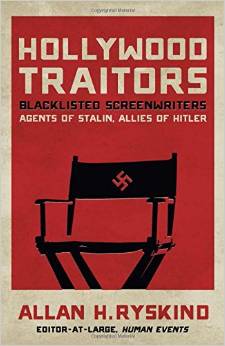 Nor did Trumbo have a problem with snitching on American citizens for their political beliefs. After dropping his own Hitler apologetics and withdrawing the god-awful Johnny Got His Gun from distribution, Trumbo took all the letters he had received praising his book—and turned them over to the FBI for investigation.

In the end, Trumbo redeemed himself in the eyes of Hollywood by explaining he had defended one mass murderer only to help an even bigger mass murderer. He said he was "pacifist" until ... June 22, 1941: The day Hitler attacked Russia. Suddenly, Ryskind writes: "Trumbo was no longer opposed to policies that could fling American 'cobblers' and 'the man who works' into harm's way."

It wasn't Japan's attack on Pearl Harbor that gave Trumbo second thoughts about Hitler—that came six months later. It was "the potential destruction of the country he obviously loved the most—Stalin's Russia—that had changed Trumbo's mind."

For the truth about Trumbo and the other dearly beloved "Hollywood Ten" that never seems to make it into these endless Hollywood hagiographies, read Allan Ryskind's amazing, hilarious, thoroughly documented Hollywood Traitors: Blacklisted Screenwriters—Agents of Stalin, Allies of Hitler.