Obama: Black Felons Get A Second Chance! (At Us, That Is)

Previously: Obama’s Clemency Initiative—Putting Black And Hispanic Drug Distributors Back On The Streets Just In Time For The Riots

As I reported then, Obama simply proclaims previous sentencing guidelines to be unjust because too many minorities were caught up in mandatory sentencing. He offers no explanation as to just how many people who might be his sons got arrested in the first place. The President and his Social Justice Warrior appointees just see a lot of unhappy minority people behind bars and that’s enough to proclaim a four-alarm race emergency.

Obama commuted the sentences of sixty-one federal inmates. As in previous mass commutations, black males make up a freakishly high share of the total; that is, a whopping fifty out of the sixty-one (82%).

(Two inmates on the list released by the White House cannot be identified for certain via Bureau of Prisons records. There is at least a fifty-fifty chance that they too are black. The Bureau knows the inmates by inmate ID numbers but for some reason the Obama Administration doesn’t release this info when letting its favored malefactors go)

This is really an “in your face gesture.” Even if we assume that the system was out to get minorities, can we even entertain the idea that it was all about black men alone? What about black women and Hispanic men and women? Almost all these inmates were involved in drug distribution. What happened to all the Mexican drug pushers?

(The Federal Government refuses to differentiate Hispanic from Anglo-Americans. This goes for Prison records as well—see Hispanic Sex Offenders Listed As “White” In Wisconsin. Why?  for pictures of this kind of Hispanic inmate. I list a commutee as Hispanic when the name used is Hispanic even when the inmate is listed as “White”).

As in previous releases, the male prisoners are a distinctly middle aged lot. Few were in their thirties and fewer still were beyond sixty. In short, they are not too old to get back in the drugs business before senescence sets in.

Perhaps this is like the Trayvon Martin effect. The president sees these men not as his sons—but as himself! We do need to recall here that he was an enthusiastic drug taker in his youth.

It’s interesting that the only Asian on the list is from Hawaii and is pushing seventy. That would be just the right age to have provided the young Barry…Oh, let’s not go there.

As also in Obama’s previous tranche, note the tiny proportions of whites and Hispanics found deserving of clemency by our first post-racial President—five whites and three Hispanics. (8% and 5%).

This is par for this Administration’s course. All previous efforts were heavily loaded to toward black males as well.

Another curious deviation from administration PC orthodoxy: the gross slighting of women prisoners. There were only five. And one of them was white!

Yet women were used to sell the effort. Obama staged his clemency announcement with a lot of orchestrated bonhomie: “Over a burger, Obama talked with four women and three men whose sentences were commuted about what it was like to get a second chance.” [Obama gives second chance to 61 convicted drug offenders, By Alana Wise, Reuters, March 30, 2016]

They should have asked him why he left so many of their sisters behind.

Eight on Obama’s list were also convicted of firearm offenses—seven were black and one white.

This is surprising for a President who gets so agitated over “Gun Crime.” After all, these eight were felons in possession of deadly weapons. Don’t wait for anyone in the Main Stream Media to bring this up, however. That’s what VDARE.com is for!

It also shows a peculiar view of “Non-violent” felon behavior. Are we to assume that these felons were carrying guns out of an inferiority complex? Drug criminals carry guns out of fear of their illegal competitors. This doesn’t make them any less dangerous to the rest of us.

If President Obama was serious about getting the more harmless inmates out of the federal prison system, there are ways to do that. Everyone who deals with inmates, as I have, knows there are some who are no threat to society. But instead Obama chose to flaunt his black agenda in our faces.

The cowardice of the MSM in covering the President on this issue is striking, even by their disgraceful standards. They can read the numbers as well as I can. But our first post-racial President knows that no one in the MSM establishment will call him out. He can promote his arrogant Afro-centric chip-on-the-shoulder obsessions and no one will have the professional commitment to question his obvious bias.

And yet reality has a way of catching up with this sort of imposture. While following Obama’s antics, I happened so to speak upon the other end of the telescope.

The U.S. 1 Newspaper, a local but quite good free paper covering Princeton and the Route 1 Corridor in New Jersey, recently carried a story about corporate security and the avoidance of mass shootings. Barry Brandman of Danbee Investigations cited the following as an example of what can go very wrong:

On February 25 of this year Cedric Larry Ford, a painter at Excel Industries in Hesson, Kansas, entered the factory where he worked carrying an AK-47-style assault rifle. He raised the gun, hesitated for a moment, and then began shooting into an assembly line where workers were making lawnmower parts. By the time a police officer shot and killed Ford, three people were dead and 14 others injured.

That kind of incident could be avoided with stricter screening procedures, Brandman says. At the time of the shootings, Ford was on probation for a series of felonies in Miami, some of them violent and some related to firearms. “This individual had criminal tendencies and violent tendencies,” Brandman said. A comprehensive background check would have revealed the recent violent convictions, but that’s only half the story. To be effective, screening procedures have to be calibrated to disqualify anyone who poses a risk of violence.

“We have had some company executives that we’ve dealt with who are big believers in giving second chances. But I think that needs to be counterbalanced with reasonable prudence if an individual within the last three to five years has shown propensity for violent behavior,” Brandman said.’

Brandman says employers should get legal advice to make sure their hiring procedures follow all local laws. For example, in New Jersey, background checks are allowed but employers cannot ask on initial contact if an applicant has a felony record, thanks to recent “ban the box” legislation designed to give reformed criminals a fair chance to re-enter society.

Brandman also advises companies to follow up on employees if there is probable cause or reasonable suspicion, after they are hired, to see if they have committed any violent crimes or firearms violations. “Let’s assume an employee gets into a heated argument with a coworker and makes threats. That would be probable cause, and they may want to look into the individual and see if there’s been any criminal activity,” Brandman said.[Emphases added]

Maybe having just gotten out of the pen after serving decades for a gun-related drug distribution rap might be a kind of “probable cause”? 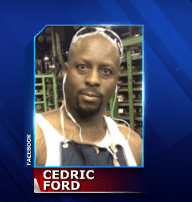 Brandman goes on to advise his corporate audience to be on the lookout for an employee who “...feels they have been disrespected or insulted by others because of ethnicity or religious beliefs.”

The current idea is that businesses must swim upstream in the waters of prison reform and ultra-sensitive Civil Rights law. Increasingly public policy from on high and at the state level is toward the “Second Chance.”

Thus we must prepare to accept, willingly or not, a stream of felons whom our Minority Occupation Government views as another special class.

Unless, of course, we get a good election.