A Veteran Burned Himself Alive In Front Of A VA Clinic—Will The Press Ask Obama About It? 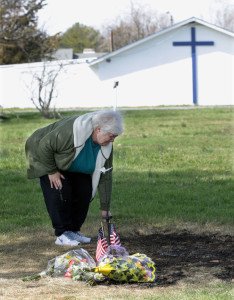 What does a suffering military veteran have to do to force an unresponsive government to change its ways?

How about self-immolating in front of his VA clinic? Hello, paper-pushers and desk jockeys? Are you there? Would the heat, the smoke and the smell of burning flesh rouse you in the least?

Nope. Apparently, even this horror is not enough to move the inert bureaucrats at the Department of Veterans Affairs—let alone the indifferent tango dancer-in-chief.

While President Obama sashayed in Buenos Aires two weeks ago, proud Navy veteran Charles Richard Ingram III, 51, made his last life's journey. He walked nine miles from his home in Egg Harbor Township, N.J., to the curb in front of the Northfield, N.J., VA clinic on New Road.

With a large blue wooden cross looming on the side of a chapel in the background, Ingram stood on the lawn, poured gas all over his body and lit a match. A firefighter told The Daily Beast that the retired chief petty officer, known as "Rich" to family and friends, was "100 percent burned." A bystander had rushed to his side with blankets to snuff out the flames and first responders arrived within minutes.

But it was too late.m 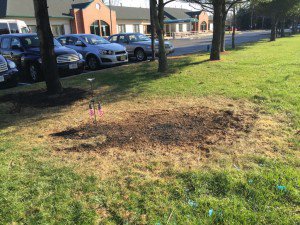 CPO Ingram leaves behind a grieving wife, two young children ages 3 and 5, and a charred patch of brown and blackened grass 75 feet from the entrance of the VA's Atlantic County Community Based Outpatient Clinic.

The bloated VA system now employs nearly 400,000 people to carry out its purported "mission of caring." The CBOCs were established to "to more efficiently and effectively serve eligible veterans and provide care in the most appropriate setting," according to the feds. But nobody from Ingram's CBOC—one of 800 such offices run by the VA, which boasts a record $150 billion budget—was there to help on that Saturday when Ingram perished.

Why not? Because the facility is closed on weekends. Its daytime, weekday hours (8 a.m. to 4:30 p.m.) serve the convenience of the government employees, not of the men and women who put their lives on the line for their country.

Area veterans' advocates and local officials in both political parties have pushed for years to address chronic understaffing and Soviet-era wait times. The Atlantic City Press reports that there is just one lone psychologist to provide therapy to 200 veterans on any given day.

"To make matters worse," local Democratic state senator Jeff Van Drew (who worked in the VA system as a dentist) pointed out last week, "there are no Veterans Affairs hospitals in the region, so even if a veteran is able to schedule a timely appointment at the nearest VA hospital, he or she would have to travel hours to Philadelphia, Penn., northern New Jersey or Delaware to receive care."

Would it have been too much to ask the VA's employees to open for just one day of weekend appointments and one weekday of late-night appointments? Apparently, that was too much of a sacrifice for the 8-to-4:30-ers. Vets' groups petitioned for extended hours for years. Nothing happened.

How about a pilot program to free the VA's hostages and allow vets to receive health care from personal doctors and local hospitals, as Rep. Frank LoBiondo, R-N.J., has long proposed? There must be no escape hatches, anti-privatization special interests have decreed. All must suffer for the Greater Good. 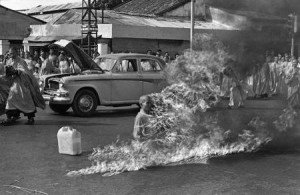 When Buddhist monk Thich Quang Duc burned himself to death on a Saigon street corner to protest abuses by the Diem government in 1963, the world took notice. The monk left behind his crystallized bones, intact heart and an inflamed movement to end repression against his people. American journalists played a key role in amplifying Duc's message and ensuring that his death wasn't in vain.

Where are the national media voices and advocates for U.S. Navy CPO Charles Ingram and the countless other martyrs victimized by the VA?