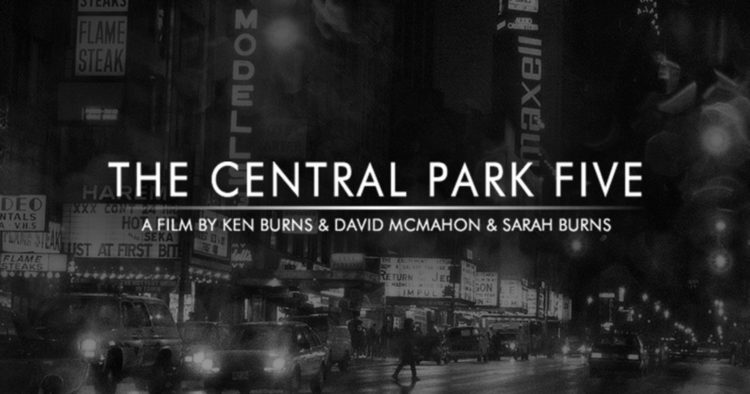 “It Was Fun”—Robert K. Tanenbaum vs. The Central Park Five, 25 Years Later 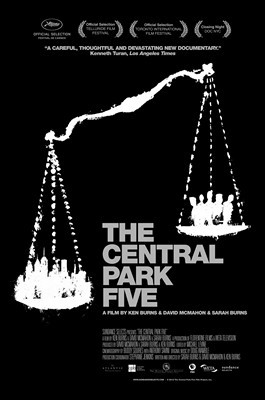 New York City Mayor Bill DeBlasio is all set to pay as much as $300 million to the so-called Central Park Five (and, of course, their lawyers). [Central Park Case Settlement Could Cost City Millions,  By Sean Gardiner, WSJ, March 23, 2014] This group of four black and one Hispanic man admitted to and were convicted of beating and sexually abusing/raping white investment banker Trisha Meili 25 years ago today (April 19, 1989). They were also convicted of separate violent crimes against parkgoers John Loughlin and David Lewis. Their names: Antron McCray, Kevin Richardson, Yusef Salaam, Raymond Santana and Korey/Kharey Wise.(For a contemporary report, see Beasts In The Park, By Peter Brimelow, The Times (London), April 29,  1989.)

The Central Park 5 is a classic case of American Main Stream Media Reverse Reporting, up there with Sally Hemings, Hurricane Katrina, and, perhaps, Joe McCarthy and Clarence Thomas.  In each case, the truth was initially widely known, but crooked “journalists” and “scholars” then lied, again and again, until the lies replaced the truth as the conventional wisdom. (The Duke Rape Hoax saga is similar but differs in that the lie was initially conventional wisdom and then refuted, but now is apparently climbing out of its coffin anyway.)

Immediately after the Jogger defendants had confessed/admitted to the attack, their black supremacist supporters began weaving racial fairy tales—such as that Trisha Meili either had been attacked by her boyfriend or somehow faked the attack altogether; and the confessed attackers were really the victims of a vast racist, white conspiracy to hang the crimes on innocent blacks, the new “Scottsboro Boys” whose confessions had been “coerced.” (The real Scottsboro Boys never confessed to anything.) She is known to blacks and Hispanics as “Patricia Meili,” although she actually went by “Trisha,” because New York’s black newspapers made a point of constantly publishing her legal name.

The confessed/admitted Jogger attackers duly recanted. But between July and December 1990, all five were convicted in split trials marked by outrageous conduct by the attackers’ supporters and relatives.

Their attorneys commented that the defendants had made so many self-incriminating statements that a successful defense was impossible:

"They convicted themselves with their own statements," he said. "We could not overcome them."

Colin Moore, the lawyer for Mr. Wise, said his client's "vivid" videotaped statement "proved to be too difficult to overcome."

The only reason the Central Park 5 case is now being questioned: In November, 2001, after the statute of limitations had passed, a delusional, psychopathic, convicted serial rapist and murderer, Matias Reyes, asserted that he had committed the attack on Trisha Meili all by himself. DNA testing confirmed that he had indeed raped Meili.

But prosecutors had always said one assailant had not been caught. So this did not at all exculpate the other perpetrators. Nevertheless, during much of 2002, New York MSM reporters published what were thinly-veiled press releases for the five convicted attackers’ lawyers, despite the other evidence that had actually cause the jurors to convict them. [New York Times goes wilding on Central Park jogger, By Ann Coulter, WND October 16, 2002]

And as racially corrupt, nonagenarian Manhattan DA Robert Morgenthau neared retirement, he became concerned with his obituaries and eventually supported the new dispensation, in much the same way that a dying Mayor Ed Koch would later come to support homosexual marriage. Morgenthau caused the Central Park 5’s convictions to be “vacated”—not the same as “exoneration,” despite subsequent MSM misreporting—and also, amazingly, caused the vacation of their convictions in the Loughlin and Lewis assaults, although these were not affected by Reyes testimony at all.

Significantly, however, Morgenthau did not actually sign on to the coercion fairy tale. He affirmed that there was nothing wrong with the conduct of police or prosecutors. Nevertheless, New York’s Police Commissioner ordered an investigation [PDF ] which also came to the same conclusion. In a 90-minute telephone interview that panelist Michael F. Armstrong graciously provided me, he surmised that Reyes did indeed rape Meili, but that he only came upon her after she had already been beaten and sexually abused by the first group of attackers.

I am in the process of writing a detailed refutation of The Central Park Five, a propaganda film disguised as a documentary by Ken (Civil War) Burns, his daughter Sarah Burns and her husband David McMahon. This has attained instant classic status and is routinely shown to impressionable school children, the latter-day, non-fiction equivalent of To Kill a Mockingbird.

In the course of my research, I came across this remarkable discussion of the Central Park 5 case by legendary New York City prosecutor, defense attorney, crime fiction and true crime author Robert K. Tanenbaum, posted on his website in April 2013, but as far as I know unreported. I strongly recommend it to VDARE.com readers. [My Opinion—A Critique: The Injustice of a Rush to Judgment—The Central Park Jogger Case [PDF]]

Tanenbaum writes of the 2002 vacations:

By so acting, the Manhattan D.A. has destabilized and delegitimized the credibility of our justice system and placed in jeopardy law enforcement practices, methods, procedures and techniques utilized in solving crime, to wit:

(3) turned the justice system upside down by illegitimately providing the defendants grounds to sue the City and law enforcement (police and assistant D.A.’s who investigated and tried the cases) for substantial money damages in the amount of $250 million!

In an interview, Tanenbaum told me that DA Morgenthau had a corrections officer interview Matias Reyes in prison, but of extensive gaps where the CO interviewed Reyes without the tape running. Morgenthau never permitted the NYPD to polygraph Reyes, interview him in prison, or for him to be cross-examined in court while under oath.

Morgenthau even went so far as to order other inmates in the same prison who knew Reyes not to cooperate with the NYPD investigation. One of those inmates reportedly had told an investigator that Reyes had come upon the Jogger, hearing her scream while being attacked by the others, and attacked her anew.

As Tanenbaum shows, what DA Morgenthau asked for was in violation of legal precedent.

Most disturbing here is the Manhattan D.A.’s position that the Reyes allegations warranted an outright dismissal of the convictions, which is prohibited under relevant New York legal precedent—Section 440.10 of the Criminal Procedure Law, as construed by the courts. It is with the utmost astonishment that we view the decision of the court before whom this proceeding was pending, granting such remedy of dismissal.

It is undisputed that the law does not permit an otherwise valid conviction to be set aside, merely on the basis of a third party’s (Reyes’) claim of guilt of a crime for which other defendants have been previously convicted.

At best, such a claim mandates only that the court conduct a full evidentiary hearing to test the veracity of the third party’s allegations that he/she, rather than the convicted defendants, is the guilty party.

Robert K. Tanenbaum brings a special expertise to this case. His latest book is the true crime saga, Echoes of My Soul, about wrongful conviction in the 1963 “Career Girls” murder of Janice Wylie (who was also raped) and Emily Hoffert.

Why would a man who wrote the book on coerced confessions support the detectives and the prosecutors in this case? Because in the Central Park case, the detectives and prosecutors were working with independently corroborated facts that came from dozens of sources, whereas in the Career Girls case, investigators made up “facts” to fit their preconceived ideas, and fed the accused his “confession.”

Tanenbaum thinks that Robert Morgenthau was the worst thing to ever happen to the Manhattan DA’s Office. He says he was a politician, rather than a prosecutor, who politically corrupted the office, the sort who should never be involved in the administration of justice. Tanenbaum resigned rather than stay on with Morgenthau.

Without any prompting from me, Tanenbaum compared the degeneration of the Central Park Case to the Duke Rape Hoax: “Look at the Duke Lacrosse case: they rushed to judgment without any facts.”

Tanenbaum was a young prosecutor in legendary Manhattan DA Frank Hogan’s office, where his mentors were John Keenan and Mel Glass. He told me:

“[Hogan’s office] was an apolitical meritocracy. He created a moral environment.

“This never would have happened, if Frank Hogan were D.A.”

As his discussion concludes:

Lest anyone doubt the assailants’ character and cruelty on that night in Central Park, pay particular attention to Det. [Thomas] McKenna’s memo book entry of statements made to him by the defendant Yusef Salaam: