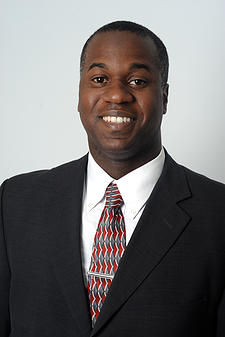 The police department said Tuesday that Sgt. Darren Wilson was suspended Monday without pay, amid ongoing internal and criminal investigations into “financial irregularities” discovered by the Ethical Society of Police in December. City police did not say why Wilson was suspended and declined to comment further.

Wilson has been a city police officer since March 1997. The city sergeant is not related to the former Ferguson police officer of the same name, whose shooting of Michael Brown in August sparked nationwide attention.

Wilson has not been arrested or charged with a crime. He could not be reached for comment.

The Ethical Society of Police discovered irregularities in December. Police Chief Sam Dotson said in January that no public money was missing and that all of it came from dues of members of the Ethical Society.

Remember that one of the main problems of the Ferguson police department is that it is "too white" to police a mostly black population.