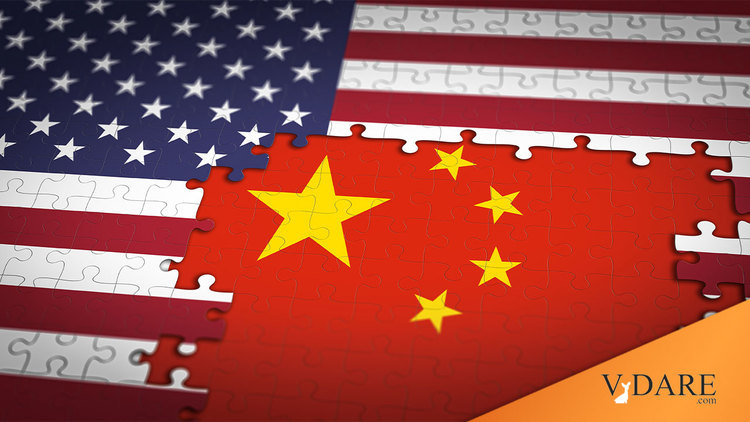 Earlier by John Derbyshire: Steve Bannon Was Right!—Millennials “Don’t Have A Chance” 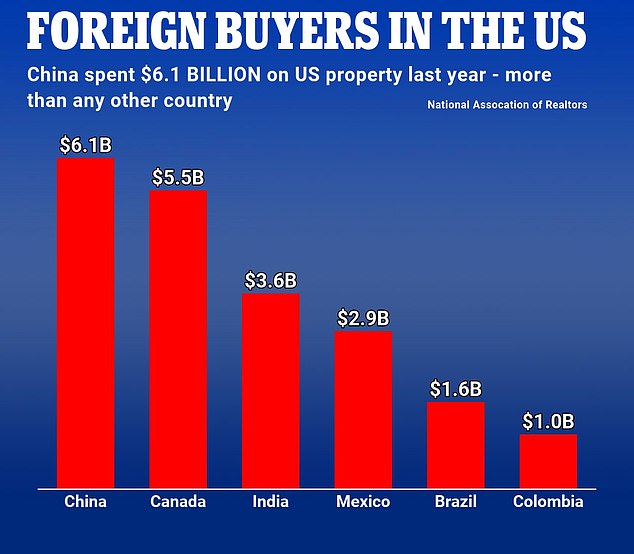 From California to the New York island, from the Redwood Forest to the Gulfstream waters, the land that used to belong to Americans has been milked and bilked by investors and paid government agents of the People‘s Republic of China. The National Association of Realtors reported last week that wealthy Chinese spent $6.1 billion on U.S. real estate in the past year. They‘ve captured more than 10% of the market and have the highest average purchase price of all foreign real estate investors at over $1 million per home.

California is their top pick, with more than a third of all homes located in the Golden State. (Or is it the Maoist Red State now?) In addition, China-tied entities own nearly 192,000 acres of American farmland and forest land—the bulk controlled by ShuangHui International after it acquired U.S. pork producer Smithfield Foods in 2013.

Republican Gov. Ron DeSantis made headlines this week blasting the takeover as a “huge problem.“ Indeed, the commie colonization of America has been taking place for decades. But it‘s not rapacious Beijing enemies abroad who deserve the most blame. It‘s traitorous Democrats and globalist Republicans who‘ve pimped and profited off of fraud-ridden green card rackets that allowed foreigners to gobble up our country.

In my books Invasion (2002) and Sold Out (2015), my 2017 mini-documentary, The Dark World of EB-5: U.S. Citizenship for Sale, my 2016 report on Donald Trump‘s son-in-law Jared Kushner‘s China deals, and countless syndicated columns dating back to 2001, I‘ve blown the whistle on the national security nightmare posed by China‘s favorite vehicle for gobbling up our neighborhoods: the bipartisan-boosted EB-5 investor visa scam. This is the same racket exploited by former Democrat Virginia Gov. Terry McAuliffe, lobbied for by the late Nevada Sen. Harry Reid and Department of Homeland Security official Alejandro Mayorkas, and embraced by South Dakota Republican officials.

In Sold Out, I plunged into the Atlantic Yards EB-5 boondoggle, 70% owned by the Shanghai government-run Greenland Group. A source in the foreign real-estate investment industry alerted me in 2016 to some of the other top Chinese land grabs facilitated by the bipartisan EB-5 racket, including:

The Chinese are buying up north Texas, charter schools and adjacent properties in Arizona, North Carolina and Florida, and 40% of the iconic General Motors building in New York. Just last week, a pair of Chinese investors were finally arrested for their alleged role in an EB-5 scheme to create a “China City“ in the Catskills. The liberal media only pounced on the story because the investors illegally gave money to the Trump campaign; but the scam had been exposed back in 2013 by the Center for Immigration Studies‘ EB-5 watchdog, David North.

As my insider source summed it up to me, “The Chinese government via its agents and developers probably have real ownership in more than half the EB-5 deals on the market and probably over 90% of the largest deals ($100 mil+)... I know this sounds radical, but China is essentially using our own playbook against us when we attempted to commercialize China with Western consumer goods, manufacturers and other American companies. They have now pushed back against our own presence in China and are pushing the other way to make sure they get their land grab in the U.S.“

Jog anyone‘s memories? Hsia was a Simon and McConnell donor identified by the House Governmental Affairs Committee as “an agent of the Chinese government.“ In 2000, she was found guilty by a federal jury of laundering more than $100,000 in illegal donations to the Democratic National Committee through the infamous Hsi Lai Buddhist temple in California. At the time Funny Money Honey Hsia was working for McConnell and others on the 1990 immigration bill, she also worked for a campaign fundraising group called the Pacific Leadership Council. Hsia cofounded the PLC with Lippo Bank officials John Huang and James Riady, the chief figures in the Clinton-Gore Donorgate scandal convicted of campaign-finance crimes. At least six Lippo Bank officials reportedly benefited from the EB-5 law.

The ultimate fault lies not with Chinese buyers, but with the treacherous Swamp creatures in both parties selling out end-stage America acre by acre, business deal by business deal, from sea to shining sea.