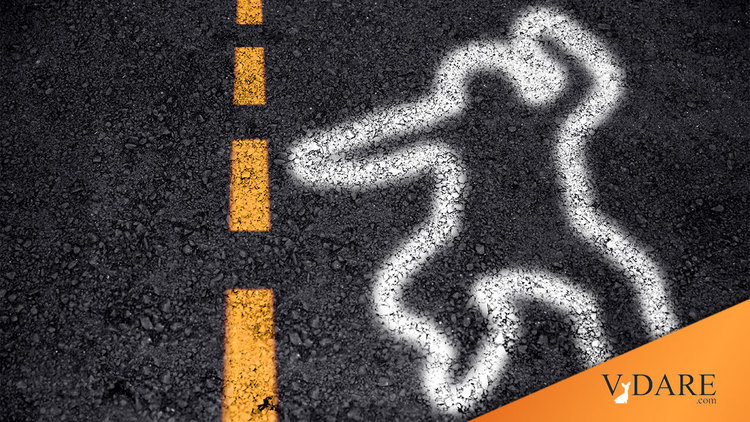 The body count in the drug cartel war  here in Mexico continues to mount. A July 18th estimate by Reforma calculated that, as of July 18th, the death toll from cartel-related violence had surpassed 2,300 thus far, in calendar year 2008.

Nevertheless, there is an even bigger cause of death in Mexico: Traffic accidents kill more people than drug cartel shootouts.

According to a report released in April by Arturo Cervantes, director of Cenapra [the National Center for Prevention of Accidents], part of the Mexican Health Ministry, 40 people in Mexico die daily in violent acts. That figure includes both cartel-related violence and non-cartel related violence.

Nearly all traffic fatalities, one way or another, are due to human error.  Of course, a lot of these traffic accidents are caused by alcohol abuse. There is currently an increase in alcohol abuse among Mexican women (who now drink as much as men), children and youth. Cervantes also linked this increase in alcoholism to an increase to violence, suicide, rape and family breakdown.

Young Mexicans comprise a quarter of all alcohol-induced traffic fatalities.

In my few years of teaching in Mexico, several of my former students have already died in automobile accidents.

According to the Mexican government figures given above, 20,075 people die in traffic deaths per year in Mexico.

That means that Mexico has a much higher rate of traffic fatalities Since the U.S. has three times the population of Mexico, a proportionate  death toll would be over 60'000.

Statistically, you're much safer on an American street or highway than a Mexican one. Even in Mexico you're more likely to be killed in an accident than in a drug cartel shootout.

Of course, what we're dealing here are averages. Don't quote me as saying all Americans are good drivers and all Mexicans are bad drivers. That's not what I'm saying. But the statistical and anecdotal evidence does indicate a higher proportion of such traffic problems in Mexico than in the U.S.

I have resided in Mexico since 1991, with a 16-month hiatus for my Iraq War deployment. I first visited Mexico in 1990, and moved there in 1991. Back in my early years, I thought Mexicans were crazy drivers. Now I don't.

My (Mexican) wife (who is a very careful driver) has pointed out that I picked up a Mexican driving custom which I have even employed on visits to the U.S. That is, when stopped at a stoplight and waiting for it to change, gradually inching forward over the pedestrian lane, so as to be a little closer when the light changes! When I do, that my wife calls me a mexicano!

Other little things are more common in Mexico—seeing motorists make left hand turns from a right hand lane, little things like that. These are things that you can often get away with, but they do contribute to a driving environment that's a little less safe.

There are road rage incidents in Mexico also. Once years ago I was driving my old Oldsmobile and the driver of a big pickup got angry at me and pursued me for several blocks. It was just like a chase scene in a movie, but it was real. I managed to escape by darting across a busy boulevard. I got a flat tire out of the incident, though.

Minor traffic accidents are often not even reported in Mexico.

My family and I were once driving in another city, and we collided with another car in a busy traffic interchange. It was a minor accident, nobody was hurt, and neither car was seriously damaged. To this day, I don't know who was at fault. For one thing, the traffic layout was so confusing that it was hard to tell who had the right of way (another problem on some Mexican intersections). After the initial shock, both of us just drove on and continued on our way.

Another time, my dad was visiting me, and we visited the building belonging to a beef processing company. As we left, I was backing up in the parking lot and collided with another vehicle. This time I was clearly at fault, I admit it. However, we didn't contact the police or the insurance company. Instead, an employee from the company adjudicated the collision right on the spot. Since I was the guilty party, I was required to pay, but since my dad was there, he paid the other motorist for me. Case closed.

Settling minor traffic accidents in this manner is great. You don't have to deal with the police or the insurance companies.

But what if you have a serious collision? In that case, you may be in trouble. A Canadian friend of mine was driving and was hit by another driver (who was at fault). His car was totalled and he never got reimbursed for it. It's not unknown for a motorist to actually lose his car or be thrown in jail as a result of an auto accident.

If any American readers are interested in driving in Mexico, I highly recommend that you do take out a Mexican liability policy, because your American one is invalid here. Here are some links from the Mexico Connect website that you may find useful.

I have a Mexican wife, and she sometimes notices things that I don't. She pointed out that American drivers tend to be more courteous. For example, if you're sitting at a stoplight in Mexico, and the light changes, if you don't take off immediately, the guy behind you is likely to honk pretty quickly.

Seat belts are still not as commonly used in Mexico as in the U.S., but the situation is improving, just as it did in the U.S. When I was young, many Americans didn't use seat belts, but over the past few decades the public was educated and seat belt usage became more common.

When I moved to Mexico most Mexicans didn't use seat belts. Some drivers would even be offended if I got into their car and buckled up. What—you don't trust my driving? In the time I've lived here, I've noticed that seat belt use is increasing in Mexico, but it's still behind that of the U.S.

Why is all this relevant? It's relevant because you have two countries whose driving customs and safety levels are not quite the same. Some of the havoc on our highways is  results of immigration and diversity, and failure to enforce the law.

As VDARE.COM's Brenda Walker has pointed out in several articles, see here and here Hispanics in the U.S. have a higher drunk driving rate than others. Like it or not, that's a documented fact.

On the FAIR (Federation for American Immigration Reform) website there's a useful article entitled "Unlicensed to Kill". It describes the problems associated with illegal aliens who don't have licenses, who don't have insurance, and the fact that there are more hit-and-run accidents in states with high illegal alien populations.

Traffic safety is a complex issue, with many contributing factors. Alcohol abuse, fatigue, poor driving habits, recklessness, road rage, lack of concentration, improper use of cell phones and text messaging and poor highway construction can all contribute to fatalities.

The U.S. still has too many accidents, but in recent decades has been able to deal with some of these factors, and raise public consciousness.

But importing millions of people from a country which, though it's made some progress, still has lower standards, is not going to make our highways safer.

Who knows, they might even decide to ban me from driving on U.S. highways!