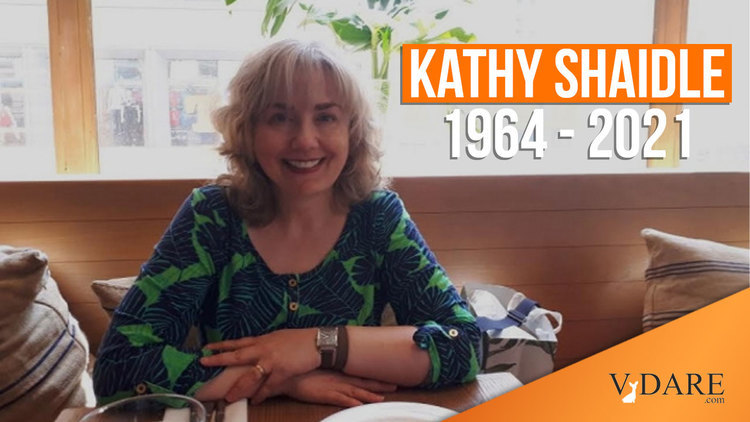 First They Came For… Canadian "Hate Speech" Totalitarianism Is Not New

Before December 2007, most Americans had no idea that bureaucrats in their neighbor to the north had been waging a war on free speech for over a decade.

Then well-known conservative columnist and author Mark Steyn announced that he and Macleans, Canada's oldest weekly newsmagazine, were being charged by a British Columbia Human Rights Tribunal  with “flagrant Islamophobia” for printing an excerpt from Steyn's book America Alone

At the same time, Ezra Levant, a lawyer and lifelong libertarian pundit based in Alberta, was brought before an Alberta Human Rights Commission tribunal for his own “crime”: publishing the controversial Danish “Mohammed” cartoons (his Western Standard, now defunct, was one of only two Canadian publications to do so.) Ever media savvy, Levant videotaped his defiant opening statement—and uploaded it to YouTube.com. Over a half-million views later, Levant was a free speech hero.

(At least on the internet. U.S. media bellwethers like the New York Times and Washington Post still don't seem to have reported the story.)

Levant and Steyn are campaigning for a drastic overhaul of Canada's “human rights” bureaucracy, which dates from the 1970s and has mission-creeped from investigating housing and employment discrimination to suppressing politically incorrect speech. Recently, a Christian printer was fined for declining to print gay activist propaganda, and a Catholic bishop was harassed with a human rights complaint for a pastoral letter explaining Catholic teaching on homosexuality— filed as part of a “gay marriage” publicity stunt.

But the fact is that a long chain-gang of other Canadians—not as famous, articulate or resourceful as Steyn and Levant and in some cases positively insalubrious—have been persecuted and punished for years because they've offended Canada's politically correct Trudeauvian Establishment. But almost nobody complained. This is a case where anti-Nazi German theologian Martin Niemoller's much-cited lines (“They came first for the Communists, and I did not speak up because I wasn't a Communist”) really apply.

The former schoolteacher's problems started back in 1994, when his employers, The Peel Region Board of Education, learned about the far right company he kept outside the classroom. After thirteen years of litigation, Fromm was stripped of his license to teach, although it was conceded he had never promoted his views in the classroom.

Now, given their druthers, libertarian human rights champions would have chosen a more ideologically photogenic poster child than Paul Fromm. Many articles claiming to detail Fromm's far right activities have appeared in Canada's admittedly liberal media over a period of more than thirty years. (See his—very volatile—entry on Wikipedia.)

Nonetheless, Fromm had a few respectable supporters, too, because the circumstances of his dismissal were nothing less than Orwellian.

A particularly eloquent condemnation of Fromm's fate appeared in the Calgary Sun in 1997—written by…Ezra Levant:

“Three years ago, Fromm was investigated to see whether he was infecting his classrooms with his own ideologies. He was exonerated. Its sole condemnation: that Fromm's political activities outside of school 'were inconsistent with the fundamental or core values' that a teacher was supposed to teach…

“Fromm is not using his classroom as a pulpit. According to Fromm's employers, Fromm had 'demonstrated a profound disrespect for the principles of multiculturalism and ethnocultural equity.'

“But it is the Peel educrats, not Fromm, who have demonstrated a profound disrespect for our traditions of free speech and political association.”[ Free Speech Is Too Important, by Ezra Levant Calgary Sun, January 17, 1997]

Others grudgingly (albeit quietly) appreciate Fromm's one-man campaign against Canada's Human Rights Commission “thought police” in general and in particular one of its former employees, lawyer Richard Warman, who has in effect made a profession of filing complaints.

This campaign is Canada's quintessential  “why can't they both lose?” free speech case, our very own chilblained Hustler Magazine, Inc. v. Falwell, while lacking the latter's peerless entertainment value.

“What did Warman do? He filed numerous complaints against 'hate speech' websites, and the government took many of those sites down….

“And so what did Warman do?

“Why? The judge ruled [PDF] that a government official working from duly enacted government policy cannot be an enemy of free speech. That's just unthinkable!

“Yes, in Canada you may not speak the truth about free speech to its official enemies. In Canada, the reason why we must defend even the most vile speech and writing becomes clear: because suppression of it eventually leads to the inability to criticize government.

“You know you've lost your freedom when you cannot call a censor a censor.”

Perhaps because of the difference between U.S. and Canadian libel law, Paul Jacob hasn't yet been sued by Richard Warman for writing that. Neither has Eugene Volokh, who brought his considerable legal acumen to bear on his blog post analyzing the judge's decision:

“It seems to me that Fromm was simply expressing opinions that the court disapproved of—that people who try to restrict 'hate speech' are 'enem[ies] of free speech,' that people who are punished for hate speech are 'dissidents,' that people who for ideological reasons use the law to restrict speech they disagree with are ideologues who want only to deny freedom of speech to those with whom they disagree. Who is an 'enemy of free speech' obviously turns on the speaker's view of free speech, and the view that he expects his audience to share, or that he wants to persuade his audience to share. Who deserves to be labeled with the generally positive term 'dissident' depends on what dissent the speaker believes to be legitimate and morally proper.

“Yet the Canadian justice system not only allows the suppression of certain viewpoints, and excludes them from free speech restrictions. With this case, it also tries to deny critics the right to label the speech they support 'free speech,' and the dissenters they like 'dissidents.'

“The court is insisting that Canadians' speech not only follows the government-approved ideology on the topic of race, ethnicity, and religion (an ideology that I agree with, but that I don't think should be legally coerced). It is also insisting that Canadians' speech follows the government-approved ideology and terminology on the topic of free speech itself.”

Volokh found another case, Warman v. Beaumont, which was decided a month after the Fromm case, particularly troubling:

“Much of the complaint was about expressly racist, anti-gay, anti-Semitic, and otherwise bigoted speech; as blog readers know, I believe even such speech should be protected, but there's little new at this point in Canada's restrictions of such speech. (…)

“But the Canadian Human Rights Commission and Mr. Warman apparently do take this view. According to them, the statement 'I don't care if it's a religious thing or not, if you don't want to follow our rules, even if it is taking off your scarf thing for one lousy picture, then stay out of my effing country!' may be legally suppressed, on the grounds that it's “likely to expose persons to hatred or contempt on the basis of religion.” If the Commission had its way, how far further down the slope would Canada slip?”

Ironically, Volokh asked that question just before Steyn and Levant found themselves slipping right down that very slope.

But this was a question that Canadian columnist George Jonas has been asking for decades. Again and again, Jonas has warned his fellow journalists that one day, when they ran out of “white supremacists” to silence, the Human Rights Commissions would turn their attentions to them. Jonas wrote back in April 2006:

“Even a chief architect of the concept, Alan Borovoy, general counsel of the Canadian Civil Liberties Association, is beginning to notice the hideous chickens coming home to roost in his barnyard. 'During the years when my colleagues and I were laboring to create such commissions,' he wrote last month in the Calgary Herald,  'we never imagined that they might ultimately be used against freedom of speech.'

“Borovoy should have imagined it, partly because it was self-evident, and partly because I told him so during our discussions of the subject some twenty years ago. We argued about it nearly every Saturday in the late 1980s, sitting with friends in a Toronto cafe. It seemed to me then, as it seems to me now, that Borovoy's crowd of left-leaning liberals could imagine all right how the 'human rights' laws they promoted could be used against somebody else's freedom of speech—some conservative fuddy-duddy's, for instance. What Borovoy's brand of 'progressive' cosmopolitans couldn't imagine was that their laws might one day be used by conservative fuddy-duddies—even veritable clerical-fascist imams—against their own freedom of speech.”

Of course, Canada's liberal commentariat didn't care about this incremental erosion of their God-given rights, and neither did average Canadians—whose prejudices they largely share—because the victims were “white supremacists”, conservative Christians and “homophobes”.

The irony was noted by only a few, such as the likes of Jonas (who, not incidentally, survived both Nazis and Communists before escaping from his native Hungary): that in hunting “fascists”, the Human Rights Commissions and their supporters eventually became the very thing they claimed to hate most: freedom-hating, rights-squelching Nazis in everything but name.

VDARE.COM NOTE: In the U.S. Senator Edward Kennedy's latest attempt to pass federal "hate" legislation, by incorporating it into the National Defense Authorization Act, was defeated on December 6, 2007. For a pro view, click here; contra, here.

Kathy Shaidle (email her) has been blogging since 2000, and runs the site FiveFeetOfFury. She and Ezra Levant, along with other Canadian conservative bloggers and writers, are currently being sued by... Richard Warman.