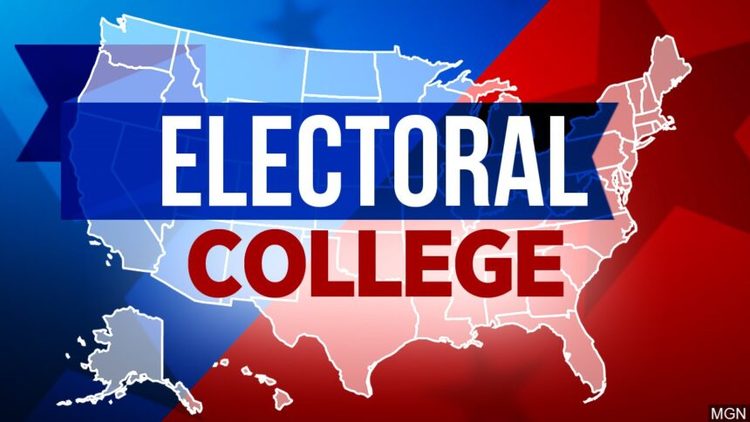 The Main Stream Media and its sockpuppet Republican strategists drone on about the GOP’s dire need to appeal to Hispanics and VDARE.com writers respond, as I did myself in my last VDARE.com piece, that it is essentially impossible for the Republican Party to win a higher proportion of the Hispanic vote. But while the importance of the Hispanic vote in this election was overhyped, this does not change the reality that the size of the Hispanic electorate will continue to increase. [An Awakened Giant: The Hispanic Electorate is Likely to Double by 2030, Pew Hispanic Center, November 14, 2012]

Many on the real Right have interpreted these two facts to mean that the GOP is now forever doomed not to win the presidency. Thus Patrick J. Buchanan has written:

When the country looks like California demographically, it will look like California politically. Republicans are not whistling past the graveyard. They are right at the entrance.

My response: I do agree that, absent  some serious changes to our immigration policy, the GOP is indeed eventually doomed. But I think it’s important to note that the Electoral College system will keep Republicans competitive for a few cycles more than the raw demographic data suggests.

This might seem counterintuitive after this election. Obama ended up winning the popular vote narrowly, 50-48%, but he racked up an impressive 332-206 victory in the Electoral College (62%-38%). New York Times quant blogger Nate Silver has calculated that Romney would have had to win the popular vote by 3% (assuming his gains were shifted evenly across all the states) in order to have won the presidency in 2012.

But there are two factors that can lead to a candidate doing better in the Electoral College than in the popular vote:

A candidate who wins the swing states by a small margin, but gets blown out in the states that were never in play to begin with, can still win the election.

It is this latter factor that could make the Republicans still competitive—even as the racial demographics of the country shift yet further in favor of the Democrats. The Hispanic electorate is overwhelmingly concentrated in non-swing states. And most swing states are whiter than the rest the country.

Although much is made out of the fact that Hispanics made up 10% of the electorate (there’s some dispute about this, but let’s accept it, arguendo), much of the Hispanic vote was in states that were never in contention. At least 42% of Hispanic votes were cast in the states of California, Texas, Arizona, New York, or New Mexico, which represent a combined 138 electoral votes or less than 26% of the total electoral votes.  Each of these states went for Romney or Obama by at least 10%. It is reasonably fair to assume that the gradual increase in Hispanic voters in Texas and Arizona will not likely be enough to swing those states to the Democrats in 2016 or 2020.

There are three swing states with large Hispanic electorate: Florida, Colorado, and Nevada. Perhaps they may be competitive for the GOP for another Presidential election cycle or maybe even two, but not much longer. Combined with the aforementioned non-swing states, these states make up 182 or 34% of all electoral votes. Approximately 58% of all Hispanics voted in these 8 states.

(Note: I calculated these numbers from the CNN exit polls, by dividing the Hispanic Share of the electorate by the state share of the electorate. When I calculated these numbers, the results were not completely in at either the state or national level—CNN had reported 118 million voters at the time, while pollsters estimate approximately 126 million people voted in the election. Also, CNN did not conduct exit polls in Texas, so I simply used the 2008 share of the Hispanic votes. Assuming the Hispanic vote increased as it did in the rest of the country, this would mean that I actually undercounted the total Hispanic vote in non-swing states. You can see the figures I used to compute the data here.)

Thus the rest of the country, including most swing states, will have a much lower proportion of Hispanic voters than the 10% national figure that is being repeated by the talking heads. Hispanics made up 2% of the electorate in Iowa, 3% in New Hampshire, Michigan, and Ohio, 4% in North Carolina and Wisconsin, 5% in Virginia, and 6% in Indiana and Pennsylvania. Correspondingly, with the exception of North Carolina and Virginia, all of these states had a higher percentage of white voters than the national electorate.

Thus, Republicans could conceivably lose the heavily Hispanic swing states of Florida, Nevada, and Colorado and still win by sweeping the South (save Florida) and winning most of the white Rust bowl and Midwestern states.

Of course, this is easier said than done. While the GOP successfully turned Indiana back red in 2012, they lost Ohio, Michigan, Wisconsin, Pennsylvania, and Iowa. Republicans would have to win all but one of these states if they cannot win any of the heavily Hispanic swing states. And some, such as Pennsylvania, Michigan, and Wisconsin, have not gone for the GOP since 1988.

Still, Republicans performed well in all of these states in 2010. The problem is that they then used their victory to pursue anti-union, free trade, and anti-Medicare policies; while refusing to do anything about popular issues like immigration. As Pat Buchanan wrote,

Tuesday, these ex-Reagan Democrats came out to vote against some guy from Bain Capital they had been told in ads all summer was a big-time outsourcer who wrote in 2008, "Let Detroit Go Bankrupt!"

As much as I personally object to him, Rick Santorum would have probably done very well among these voters, though he would have likely scared off more Independent voters in swing states like Virginia, Florida, and Colorado with his views on social issues. I am confident that someone like Santorum, without the social baggage, who would also be solid on immigration, could be competitive for at least a couple more election cycles.

That person, by the way would not be Marco Rubio or Paul Ryan. However, if someone like Kris Kobach or Lou Barletta manages to get elected as Senator or Governor, they could easily appeal to these voters.

When immigration tips Texas and Arizona to the Democrats, the GOP is indeed finished.

But the party has a small window where it can still get elected to national office and halt and even reverse the demographic trends that will otherwise render it (and the historic American nation) irrelevant.