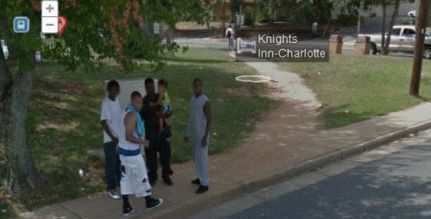 From: Anthony Damato [Email him]

I am happy that James Fulford pulled no punches in his article on those unfortunate "journalists" who had to flee their lodgings in terror. Good for them.

I say this because these exclusively liberal morons are exactly the useful idiots the DNC knows them to be. Even with the DNC going so far as to knowingly place them in the very heart of the typical black ghetto,  the DNC had zero fear that the black cultural riches they would  experience would have any effect on their opinion of what minority-majority America will soon look like

Even if it did, they would dummy up under penalty of banishment, with the "racist" label, from the liberal amusement park rather than question their ideology.

America really is doomed because every major, and most minor, institution  is controlled by elites who, even in the face of the reality of America's descent into the liberal utopian hell-hole, cannot reason their own ideology to its logical conclusions.

Heck, they can't even accept the proof before them as witnessed by their very own eyes.

It's suicidal, and it has done irreparable destruction to our once great nation.