When O.J. Simpson was acquitted for the murders of Nicole Brown Simpson and her friend Ronald "Ron" Goldman, white Americans responded with stunned disbelief. According to an NBC poll taken in 2004, 87 percent believed Simpson was guilty of the crimes.

Was the outcome an anomaly? Was it a rare miscarriage of justice? Have there been other back-on-white homicide cases in which the accused were granted near immunity because they are descendants of sub-Saharan Africans?

Perhaps we could ask Jenny Adkins, the mother of the late Christopher Jones. Jones was beaten to death by a group of teens. The 14-year-old was found unresponsive next to his bicycle on a Crofton, Maryland sidewalk. Javel George was 16 years old when he delivered the final blows that resulted in Jones’ death, reports say. George was tried as a juvenile and was subsequently released to his parents’ custody after being convicted of the murder. The crime occurred in May, 2009.

The family of John Marvin Weed also suffered the indignity of injustice.

59-year-old John Weed was enjoying a day at the fair when he was accosted by a roving group of black teens. When one of the teens demanded Weed give him a dollar, he refused. The victim was subsequently punched in the head multiple times. Having fallen to the pavement, Weed suffered the added indignity of being spat upon by one of the teens.

Weed was taken to a hospital where he died hours later. Arrested for assault and other charges were two brothers, ages 15 and 16. The younger of the two delivered the final blow. He was sentenced to participate in a “long-term behavioral modification program.” The older teen was ordered to complete an anger management program and was sentenced to probation that, according to Maryland law, cannot extend past his 21st birthday.

The names of the teens were not disclosed because they were juveniles. A video of the incident, however, reveals the suspects were black.

The attack was caught on video. pic.twitter.com/WibDYumQln

The incident also occurred in Maryland. Apparently, the focus of Maryland’s sentencing guidelines for juveniles is rehabilitation rather than justice.

Unlike the deaths of Simpson and Goldman, witnesses were present when 77-year-old Ernest Stevens was killed in Hardeeville, South Carolina. Nonetheless, a jury found suspect Devon Dunham, age 30, not guilty. The jury deliberated less than two hours; about half the time it took the O.J. Simpson jury to reach its verdict. 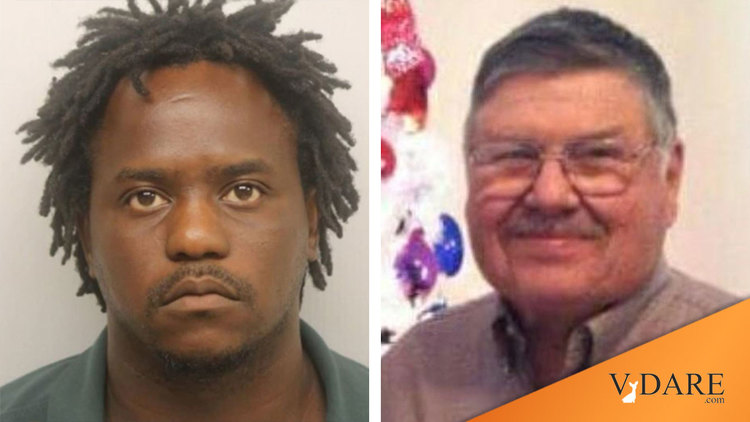 Reports say Stevens, a former fire chief, was the victim of an attempted carjacking. The victim apparently parked his truck at a nearby shopping center while he mowed his lawn. Witnesses claim that Dunham approached Stevens in the parking lot, then opened fire after the victim climbed into his truck. Four of eight shots fired struck Stevens. There were 21 witnesses.

Reports say that Dunham, himself, admitted to shooting Stevens.

Ostensibly, the jury failed to convict Dunham because the prosecution could not prove that he intended to kill Stevens.

The family of an Uber Eats delivery driver was devastated after 66-year-old Mohammad Anwar was killed during a carjacking incident. 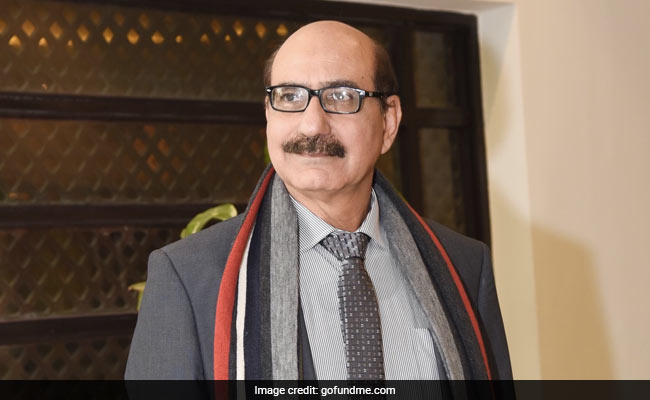 Arrested were two black girls, ages 13 and 15, unnamed by media but visible in the viral video of the crash.

Reports say the victim was assaulted with a stun gun causing him to crash his vehicle. He died as the result of injuries sustained in the crash.

The girls pleaded guilty to murder charges and were both sentenced to confinement at the Department of Youth Rehabilitation Services until age 21 [15-Year-Old Gets Max Sentence for DC Carjacking That Killed Uber Eats Driver, by Cory Smith,  NBC, June 4, 2021].

Anwar was a Pakistani immigrant who was working to provide for his family in the land of opportunity.

Tessa Majors, an 18-year-old Barnard College student, was fatally stabbed while walking through a park in New York City. Arrested were a 13-year-old and two who were 14 years old.

While two of the three cases are pending, a third suspect was convicted after he confessed and pleaded guilty to first-degree robbery. Although identified as the suspect who handed a knife to the teen who fatally stabbed Majors, the convict was sentenced to serve at least six of 18 months in juvenile detention.

The teens whose identities are known, Rashaun Weaver and Luchiano Lewis, are black. Majors was white. 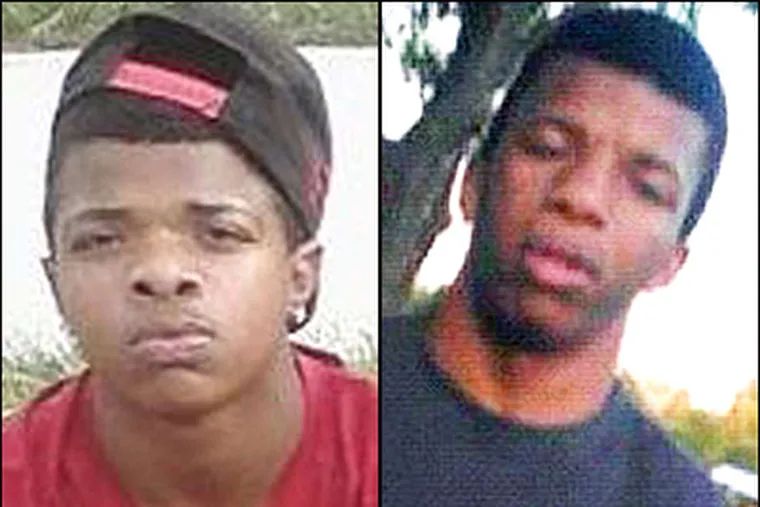 Reports say the two lured the girl to their home as she rode her bicycle through her neighborhood. Their apparent intention was to steal her bike. 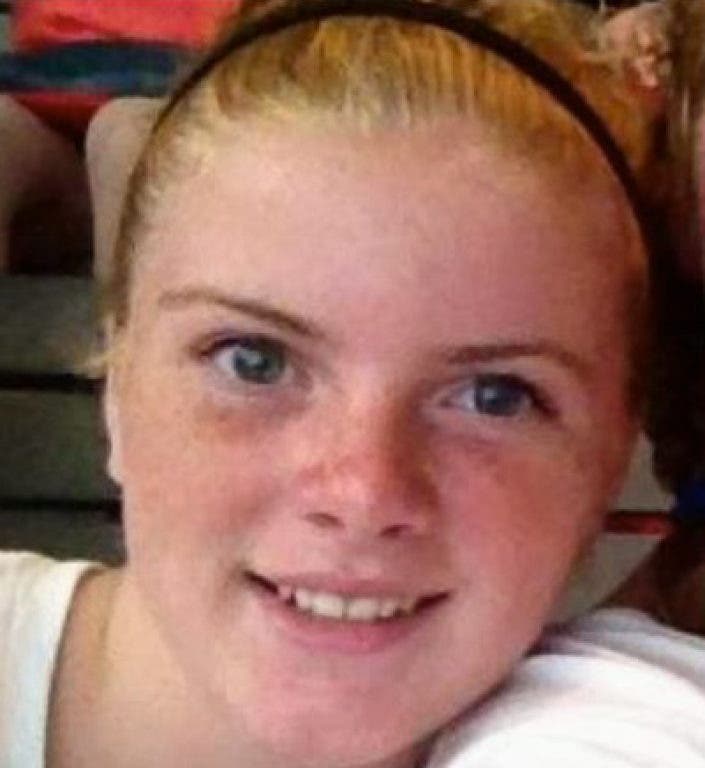 Robinson pleaded guilty to obstruction in connection to Pasquale's death. He was then released from a youth correctional facility while his younger brother, Justin Robinson, was sentenced to only 17 years in prison for manslaughter, to which he pled guilty, rathr than murder. The killer, still in prison, attempts to explain here:  A killer explains the slaying of a child: 'I didn't kill her for no bike', Matt Gray, NJ.com, March 27, 2018. It doesn’t make the story sound any better.

Dante was later convicted of another crime. He was 21 years old when he broke into a Sicklerville, New Jersey home. He was charged with robbery, burglary, aggravated assault, endangering the welfare of a child, theft, and conspiracy to commit robbery. He was sentenced to 37½ years in prison of which he must serve at least 25 years.

Pasquale was killed in Clayton, New Jersey in 2012. The home invasion occurred in 2017.

There are are more cases like this—VDARE.com will continue reporting on them.

Kenn Gividen [Email him/Tweet him] is a retired direct marketer. He lives in Indiana with his wife. Kenn is the father of two grown children, four grandchildren, and two grand dogs. He publishes dailykenn.com and abatehate.com. In 2004 he was the Libertarian Party's candidate for governor of Indiana. In 2002 he published The Prayer of Hannah, which sold about 24,000 copies. Kenn is an alumnus of Liberty University.