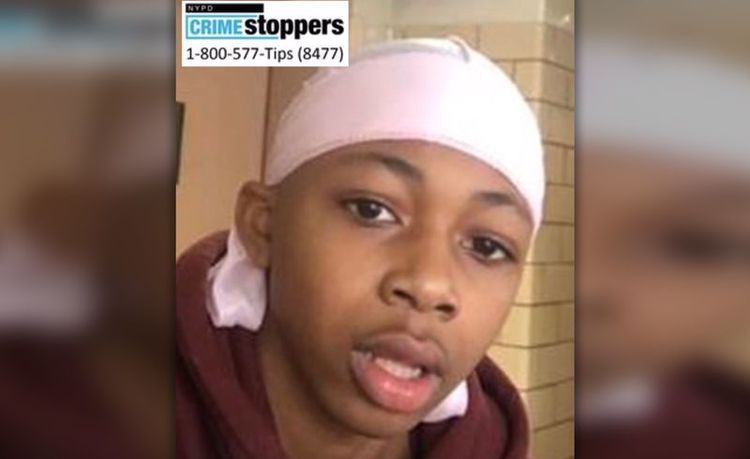 In the Tessa Majors killing in a park near Harlem, no race of any suspect has been released until now. We know that suspect Zyairr Davis is black, because everyone in the entire United States named Zyairr is black, and so is everyone named Zyairre.(It's a variant of the African country Zaire.)

But now we have an actual picture of an unnamed teen suspect, not Zyairr Davis, and guess what? He's black.

A baby-faced teen is sought for questioning in the slaying of Barnard College freshman Tessa Majors, police said Friday.

Cops issued three photos of the 14-year-old without releasing his name. One of the pictures shows him in a light pink do-rag. Another shows him wearing a baseball cap with a Polo logo, and the third depicts him in a T-shirt.

The teen is believed to have fatally stabbed Majors, 18, in a robbery gone wrong, law enforcement sources told the Daily News.

The pictures went out in a tweet from Chief of Detectives Rodney Harrison, and in a news release that linked the pictures to Majors’ Dec. 11 slaying. The news release does not mention the role of the wanted suspect in the crime.

The teen was expected to turn himself in on Monday night — but then reneged. His mother later told cops that the teen jumped out of a car as he was en route to see detectives, a law enforcement official said.

This story does not say the "baby-faced" suspect is black, but the other reason we know he and his accomplices are black is this: the Civil Rights people are rushing to defend them.

Police investigating Majors’ slaying are grappling with concern among civil rights advocates and NYPD critics that police — faced with a dead white woman and minority suspects, even though race played no role in the murder — might arrest the wrong teens and evoke comparisons to the Central Park Five, the teens wrongly convicted in the brutal 1989 rape of a jogger in Central Park.

But police have said every precaution has been taken to avoid such an outcome in Majors’ slaying — including questioning the 13-year-old suspect on video, with a guardian present.

The 13-year-old told investigators that he and the other suspects — all middle school classmates — tried to rob Majors on a staircase in the park and that one of the older boys stabbed her when she put up a fight, a detective testified in court.

I have no idea where the Daily News gets the idea that in a case where three blacks rob and stab to death a white girl, race can be said to have "played no role in the murder"—it's just boilerplate.