John Derbyshire: Globalists Vs. Nationalists In Europe—And In The U.S. 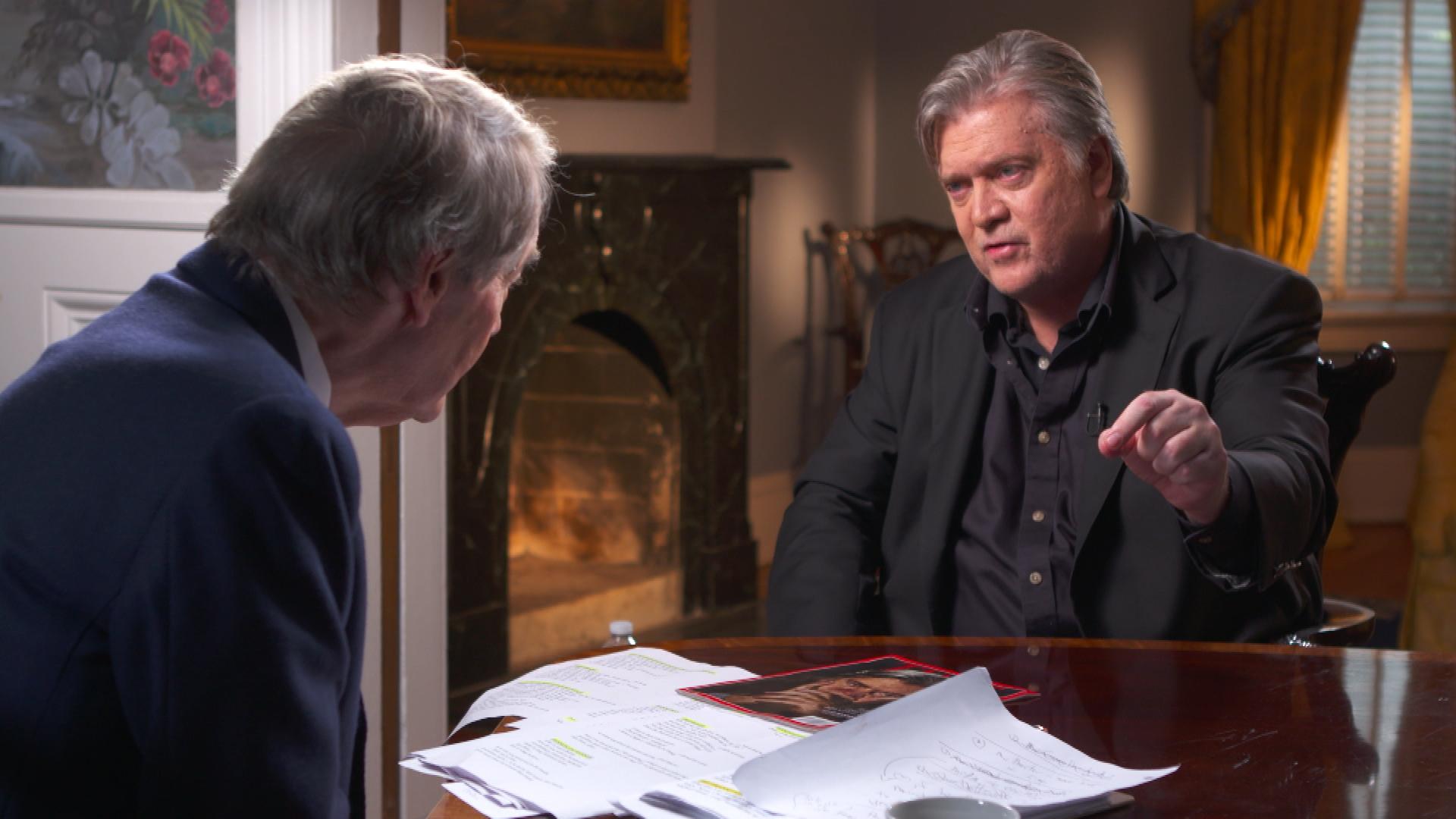 Steve Bannon’s interview with CBS’ Charlie Rose delighted VDARE.com Editor Peter Brimelow because Bannon confirmed Brimelow’s argument that Trump, contrary to general perception, did try to compromise with the GOP Establishment—Bannon even called it the “the Original Sin of the Administration”.  [Breitbart's Bannon declares war on the GOP, CBS News, September 10 2017]  And it must delight all VDARE.com readers because of Bannon’s forthright dismissal of immigration enthusiasm (as well as the idea of a DACA Amnesty):

CHARLIE ROSE: America was, in the eyes of so many people, and it's what people respect America for, it is people have been able to come here, find a place, contribute to the economy. That's what immigration has been in America. And you seem to want to turn it around and stop it.

STEVE BANNON: You couldn't be more dead wrong. America was built on her citizens.

The same fault line, between globalists and nationalists, is also evident over in Europe. Last week saw a widening of the gulf between the spineless, suicidal Western Europeans and those Eastern-bloc nations determined to maintain their demographic stability in the face of mass invasions from Africa and the Middle East.

What happened last week was, the European Court of Justice, which is a sort of Supreme Court for the European Union, ruled that two of those Eastern bloc nations, Hungary and Slovakia, have to take in quota numbers of the illegal aliens who have been flooding into Europe since the great surge of two years ago.

This dispute in fact goes back just two years this month, to September 2015, the height of that crisis. There was an EU summit meeting at which it was decided that 160,000 illegals from Greece and Italy would be shared around the 28 EU member states. 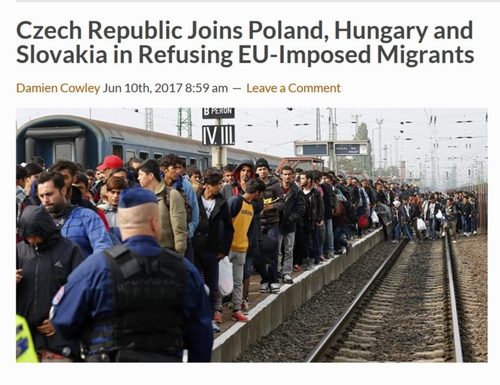 Czechia has been a tad less delinquent. Their quota was 27 hundred: they've admitted twelve.

Hungary and Slovakia, with support from Poland, which has had a change to a more nationalist government since that summit, brought a complaint to the Court of Justice arguing that the quota agreement was not properly decided. That's the complaint the Court rejected this week.

Responding to this week's ruling, the East Europeans are defiant, the Hungarians most of all. The court decision was, said that country's foreign minister, "outrageous and irresponsible" and "endangers the future and security of Europe as a whole." "Politics raped European law," he thundered to reporters in Budapest. [Hungary and Slovakia defiant after EU court rebuke, by Eszter Zalan, EUObserver, September 5, 2017]

There's an element of kabuki about this. Because of their forty-year subjugation under the previous transnationalist scourge, Soviet Communism, the East European countries are still economically behind their Western neighbors in the Union, so that not many of the illegals actually want to go there. Their preferred destinations are the big old welfare democracies of northwest Europe and Scandinavia. 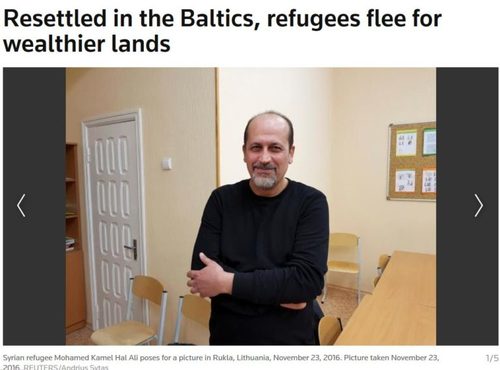 Most of the two hundred-odd assigned by quota to the Baltic republics — Lithuania, Latvia, and Estonia — for example have since decamped to Germany. [Resettled in the Baltics, refugees flee for wealthier lands, By Andrius Sytas and Gederts Gelzis, Reuters, November 28, 2016.]

Still, this is a key fault line in the worldwide ideological struggle between nationalism and globalism. Their governments' defiance of the EU is popular with East Europeans, even though these countries are big beneficiaries of EU subsidies. Poland is the biggest beneficiary of regional aid in the EU; yet an opinion poll conducted in June this year found that 51 percent of Poles support leaving the EU if that's the only way to stop an influx of Muslims. [Poles Value Denying Muslim Refugees Over Being in EU, Poll Shows, By Marek Strzelecki, Bloomberg, July 5, 2017]

Even more striking, younger Poles — in the 18-24 age group — are more anti-EU than Poles in general. The word "Polexit" has already been coined. [Is there any prospect of ‘Polexit’?, by Aleks Szczerbiak, Polish Politics Blog, September 7, 2017]

Similarly in Hungary, the second biggest and most influential country in the group. Hungary has elections coming up next year, and Prime Minister Viktor Orbán's Fidesz party, which is strongly nationalist, was polling at 53 percent in July. Polling second at 21 percent was Jobbik—which is even more nationalist.

There is just not much of a market for transnationalist globalism in East Europe—even though these countries are net beneficiaries of EU aid programs.

I know, I know: these are small, distant countries whose concerns seem remote from our own. Or as British Prime Minister Neville Chamberlain described what was then Czechoslovakia in 1938: "a faraway land of which we know little."

How'd that work out, Neville?

Globalism and nationalism are at war, though, and one of the key fronts is Europe. I wish strength to the East Europeans, and firmness in their resolve to keep themselves as distinct nations.

By paying attention to their struggle, perhaps we can learn something that will help in our own.