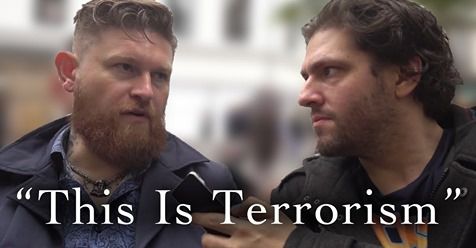 Re: Antifa Attack On Ricardo Duchesne In Canada: "The Barbarians Are At The Gates"

From: Scandza Survivor [Email him]

More evidence that Anarcho-tyranny is an international phenomenon. Scandza Forum, the largest private Scandinavian nationalist conference, was discovered and mobbed by Antifa in Copenhagen last weekend (October 12). The Danish police failed to protect speakers and peaceful conference-goers as they attempted to enter the venue. Mindful of the Democrat-perpetrated catastrophe that was Charlottesville, the Scandza organizers asked the police to create a barrier between the mob and the conference goers. But they were told: “Well, they have freedom of speech too.” There were only four arrests; no word on charges, but don’t hold your breath.

Antifa even attacked the catering service truck delivering food to the conference. Boxes of food were grabbed and strewn over the street. The driver was very shaken and complained police were no help to him.

Here’s a photo of Claus Oxfeldt, chairman of the Danish Police Union, at a May Day Rally—note Communist flag in the background. 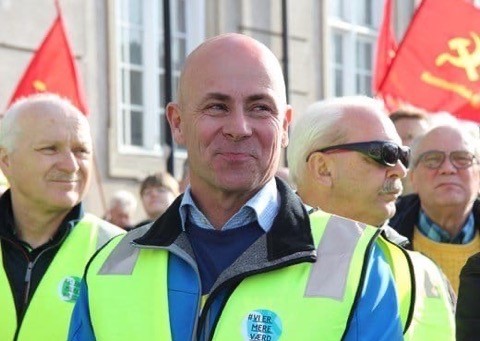 Antifa even encouraged other antifa on Twitter to submit fraudulent reviews on Google with the intent to harm the economic prospects of the completely innocent venue-owners.

See this tweet here (poorly translated—sorry): “I see KFUM has 5 stars on Google.” 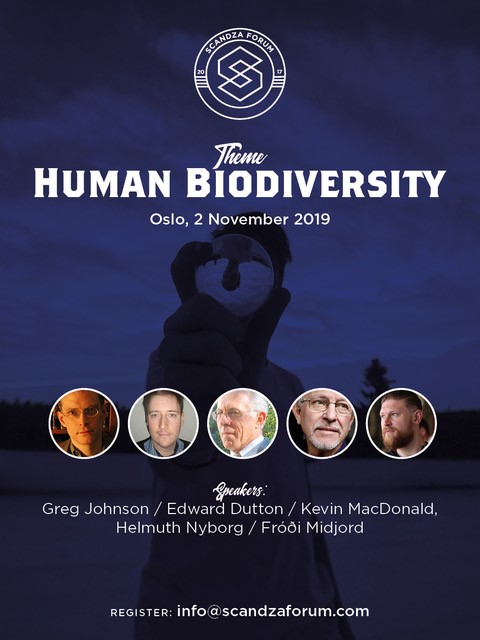 Now a U.S. angle: This morning, I and about 333k other subscribers noticed that Red Ice TV’s YouTube channel had been purged—less than 24 hours after it posted an interview with Fróði Midjord, organizer of the Scandza Forum. (You can still watch the interview here on Bitchute). I couldn’t believe it—a media outlet with over 333k subscribers is banned for an interview with the organizer of a private conference where people simply talk to each other and which was just attacked by violent street terrorists.

This is Anarcho-Tyranny as defined by the late Sam Francis—the state’s refusal to control real criminals (violent street terrorists who attack caterers and threaten venue owners—that’s the anarchy) so it controls the innocent (conference organizers like Midjord and journalists like Red Ice—that’s the tyranny).  It is the inevitable result of multiculturalism.

Francis wrote further:   “Anarcho-tyranny, of course, never lasts. Its natural and logical destiny is tyranny pure and simple.” That was back in 2004. It’s getting worse.

At the Scandza Forum, we’re not giving up. Its next event is November 2nd in Oslo.