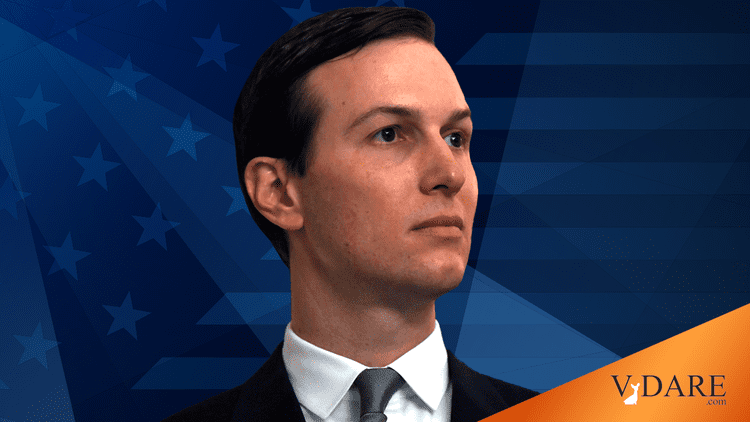 JOHN DERBYSHIRE: Corruption—What Russia And Ukraine (And Hunter Biden And Jared Kushner) Have In Common

One of the first things I had to say about the Russia-Ukraine war, back in February when it had just broken out, was that it is the first of any significance to be fought in demographic modernity, between two technologically advanced nations which both have low fertility, a declining workforce, and a swelling number of geezers.

That's interesting in itself, and I'm sure I shall return to it. Here though is another, not necessarily related, observation about this war.

Well, you are left with countries that you couldn't help thinking of, if you lined 'em up, as white European in their core populations. I don't mean geographically European: Australia and Argentina would be in there, too. I mean demographically European.

OK, put aside for a moment that set of countries you just gathered, get on the internet and bring up Transparency International's Corruption Perceptions Index. Every year Transparency International scores all the countries of the world for corruption, as best that can be done. Then they show a ranking, with the least corrupt countries ranked number one, the most corrupt ranked number 180.

The most recent ranking they have published is for the year 2021, last year. Ranked number one, the cleanest country, was Denmark, followed by Finland, New Zealand, Norway, Singapore, and Sweden. Ranked number 180, the most hopelessly corrupt, was South Sudan, with just above it as slightly less corrupt, Syria, Somalia, Venezuela, Yemen, and North Korea.

I just tried it out for the 2021 rankings. The first hit is Russia, ranked 136. Russia is tied in the scoring with Mali, Liberia, and Angola, just ahead of Myanmar, Mauritania, and Pakistan.

Continuing on up the rankings towards Denmark, the next demographically European countries you encounter is—drum roll, please [drum roll]—Ukraine! She's ranked number 122.

If you keep going up the rankings you get to Albania and Bosnia-Herzegovina equal ranked at 110; although since both are heavily Moslem, I'm not sure we should count them. Continuing on upwards, there's Moldova at 105, then Serbia and Argentina, equal ranked at 96.

So of all the world's demographically European countries, easily the most corrupt are Russia and Ukraine.

Yes: For those of us addicted to statistical tables, this is a very interesting war.

The over-representation of black African and Caribbean countries in the more-corrupt rankings on that table from Transparency International is hard to miss. If you work down from Denmark at the top, the first such is Barbados, ranked 29th. You don't get to mainland black Africa until Botswana at 45 and Rwanda at 52; but thereafter, heading downwards to "most corrupt," the black countries really come into their own.

And those rankings for Botswana and Rwanda, 45 and 52, are still way, way cleaner than Ukraine at ranking 122 and Russia at 136; so again, hmm.

The U.S.A. hasn't actually been that corrupt a country, as countries go. We make a pretty good showing, especially if you subtract out the states of Illinois and Louisiana.

But ordinary Americans have been making quips about corruption pretty much since the founding of the republic. Definition of an honest politician? When he's been bought, he stays bought… Etc., etc.—you all know the kind of thing.

And the Chinese tradition of the mandarin using his power to enrich his family and friends has some unpleasant parallels with current American news stories.

Joe Biden comes immediately to mind here. He has used political power to enrich himself, his son, and his brother, although the Regime Media are striving mightily to distract our attention from it all. It's not likely Biden will be brought to answer for it. People accept it as part of the system.

Our previous president, Donald Trump, had no need to depend on politics for his own enrichment. In all probability he ended his presidency poorer than when he began it, although still of course impressively rich.

But there seems to have been some Chinese-style family enrichment going on here, too, though. The funds in this case are coming in not from Russia, Ukraine, or China, but from Saudi Arabia. The New York Times reported on April 10th that last year the Saudis favored the new private equity firm Affinity Partners with a two billion dollar—that's "billion" with a "b"—investment [Before Giving Billions to Jared Kushner, Saudi Investment Fund Had Big Doubts, by David D. Kirkpatrick and Kate Kelly, April 10, 2022].

So what? So this: Affinity Partners belongs to Jared Kushner, Donald Trump's son-in-law, who was a senior White House adviser in the Trump administration. He was also a big booster for the Saudis, and got them off the diplomatic hook for various malefactions they have committed. Presumably this two billion dollars—"billion" with a "b"—is payback to Kushner, as well as insurance in the event of a second Trump presidency.

A necessary, although not sufficient, condition for Trump getting my vote if he runs again would be his signing a sworn affidavit—in public, under oath—that Jared Kushner be totally banned from the White House and its grounds for the duration of Trump's second presidency.

Still, American-scale corruption is picayune by comparison with the Russian and Ukrainian variety. Two billion dollars? Estimates of Vladimir Putin's net worth go all the way up to two hundred billion, making him quite possibly the world's richest man [Putin claims he makes $140,000 and has an 800-square foot apartment. His actual net worth is a mystery no one can solve, by  Mahnoor Khan, Forbes,  March 2, 2022].

Volodymyr Zelensky, the President of Ukraine, is nothing like as rich as that, probably only in the one-to-two million dollar zone, although the Russians have put out much higher numbers for propaganda purposes.

Ukraine has a good roster of billionaire oligarchs, though; and by no means all of those billions were acquired by making better mousetraps. By no means…