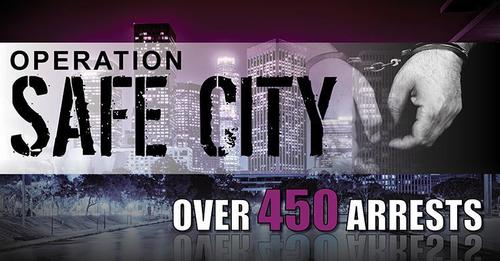 ICE Steps Up Their Game: Detains HUNDREDS of Illegals and Fines Company MILLIONS for Hiring Illegals 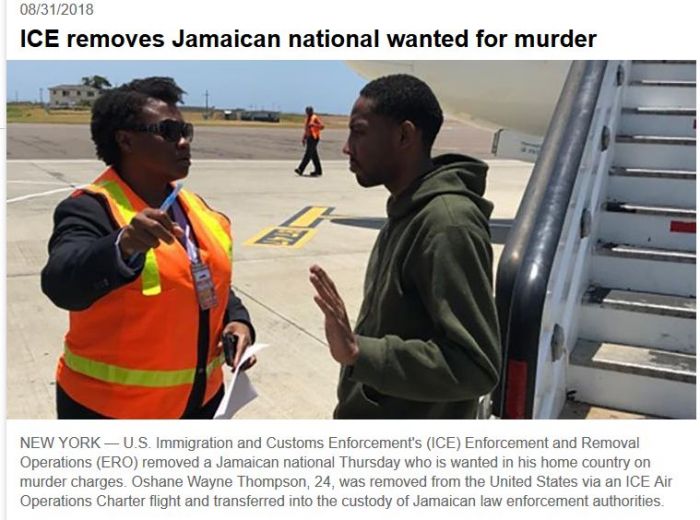 As a firm believer in the necessity of reporting good news, I have made a habit of writing on ICE and the DEA’s various busts of criminal foreigners. But although any strike against alien criminals is good, I will admit that these busts are often small in the grand scheme of things. For example, in the last week of August, ICE deported a Salvadoran MS-13 member back to El Salvador, a Jamaican murderer back to Jamaica, and helped put a Honduran rapist in prison for four decades.

Great news, certainly, but ultimately three bad hombres getting locked up or kicked out is not very many. But as of late, ICE has been stepping up its game considerably. On August 29, ICE reported that after a 30 day sweep in six states (Illinois, Indiana, Kansas, Kentucky, Missouri, and Wisconsin), they nabbed 364 illegals. [ICE arrests 364 criminal aliens and immigration violators in 30-day enforcement surge in 6 Midwestern states, ICE Press Release, August 29, 2018.] Generally when ICE does region-specific sweeps, they net a few dozen illegals, occasionally some 120 or so. For example:

The only recent ICE sweep that tops this recent one was in September of 2017, when ICE conducted a nation-wide sweep of the larger “sanctuary cities”—which ended in 498 arrests. [ICE Arrests Over 450 on Federal Immigration Charges During Operation ‘Safe City’, ICE News Release, September 29, 2017.] When more than 300 illegals are arrested at a time, it is almost invariably a nation-wide sweep of some kind, or a raid on a large employer, such as in 2008, when a Howard Industries transformer plant in Mississippi was raided and 598 arrests were made. [ICE: Nearly 600 Detained in Mississippi Plant Raid, by Holbrook Mohr, Associated Press, August 26, 2008.]

All to say, 364 illegals (330 of which were from just three countries: Mexico, Honduras, and Guatemala) caught inside of a month’s time in one region is big—hopefully a sign of things to come. The 364 included some especially vile catches as well:

It all makes me wonder how long it will take for blacks in America to organize protests alleging that Hispanic immigrants are stealing their jobs as the terrorizers of the nation’s historic stock.

Moreover, it is particularly good that a sweep of this size was done in the Midwest. 364 less immigrants, particularly Hispanic ones, in the Midwest is of greater value than 364 less immigrants, particularly Hispanic ones, in California or New York City. Demographically and electorally, much of the Southwest and many of our big cities are lost causes—at least in the near-term. That is not true of the Midwest, which still retains a white majority, and is increasingly a “swing region” in politics. Wisconsin, one of the states in this sweep, went for President Trump in 2016 by less than thirty thousand votes. Curtailing immigration there—and the wholly related issue of voter fraud—should take priority over curtailing it in California, which Hillary Clinton won by a margin of millions of votes.

In other great news, after a five year investigation which ICE played a leading part in, a chronic employer of illegal immigrants is being fined $5,527,091.55 for doing so. [Houston-based waste management company forfeits more than $5.5 million for knowingly hiring illegal aliens, ICE Press Release, August 29, 2018.] The company, Waste Management Inc, is the biggest waste disposal service in the country—you probably recognize the logo.

Long story short: they got caught and have been fined. Their net revenue in 2017 was 1.949 billion dollars, so a 5.5 million dollar loss represents a loss of about 0.28 percent. That may not seem like much, but think of it this way: How would you feel if the IRS told you they had made a miscalculation, and that for every four dollars you made last year, you owed them a penny. That would be one grand for every 40 thousand dollars you made.

If immigration restrictionism is to go mainstream, some large companies are going to have to be on our side—or at least not actively against us. The way to do that is to remove the benefit of cheap labor, which is what they are after. If all the money you save by hiring illegals is then lost through fines, penalties, and costly court battles, chances are a lot lower that you are going to pay lobbyists to convince treasonous politicians to open the borders. More companies must be fined, and the bigger they are, the better. Waste Management is big and the fine it received considerable. This is superb news.

So, as always, but still more than usual: three cheers for ICE.