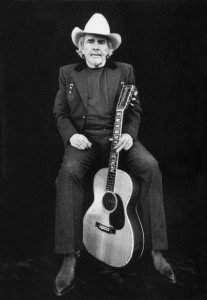 Country legend Merle Haggard died on April 6, his seventy ninth birthday. While he will be best remembered for his music, Haggard’s career was always tied up with politics, whether he liked it or not. More than any other entertainer, Haggard was known as the voice of the silent majority—and the “Middle American Radicals” analyzed by the late Samuel T. Francis in Revolution From the Middle (1997) and rediscovered by Donald Trump.

His 1969 breakthrough hit Okie from Muskogee, opened with the famous lines

We don't smoke marijuana in Muskogee;

We don't take no trips on LSD

We don't burn no draft cards down on Main Street;

Haggard followed up with The Fightin’ Side of Me, which took direct aim at Vietnam-era antiwar protesters:

If you don't love it, leave it

Let this song I'm singin' be a warnin'

You're runnin' down my country, man

You're walkin' on the fightin' side of me

Haggard earned accolades from Richard Nixon and Ronald Reagan.  Nixon liked Okie from Muskogee so much that he asked Johnny Cash, who had never played it before, to perform it at the White House (the more liberal Cash said he didn’t know the lyrics.)[ The bitter tears of Johnny Cash , By Antonio Ameroso, Salon, November 8, 2009

Yet as many of the tributes to Haggard note, his politics were not consistent. He became an avid marijuana user, joking that Muskogee was the only place he didn’t smoke it. [R.I.P. Merle Haggard, 1937-2016, LA Weekly, April 6, 2016]He spoke out against corporations, George W. Bush, and even recorded a song that appeared to support Hillary Clinton in 2007 (though he later denied it was an endorsement.) [Waxing Lyrical, By Patrick Healy, NYT, March 6, 2007

Haggard’s career spanned six decades and he was never a deep political thinker, so his positions were not always consistent. But a common thread was a sometimes ill-defined working class populist nationalism. A few of the obituaries picked up on this. The Huffington Post noted,

His politics, as he outlined them in 1996, were more classic populist. “The little guy always gets screwed by the rich guy and the government,” he said. “That’s always been the fight and that always will be the fight.”

Here in 2016, we see a political landscape fueled by working-class anger and middle-class frustration. We hear rhetoric about struggling and lashing out, getting violent and tamping down. And, the pundits tell us, we're taking our anger to the voting box. It's easy to wonder what a working-class hero like Haggard would have been thinking about it all. 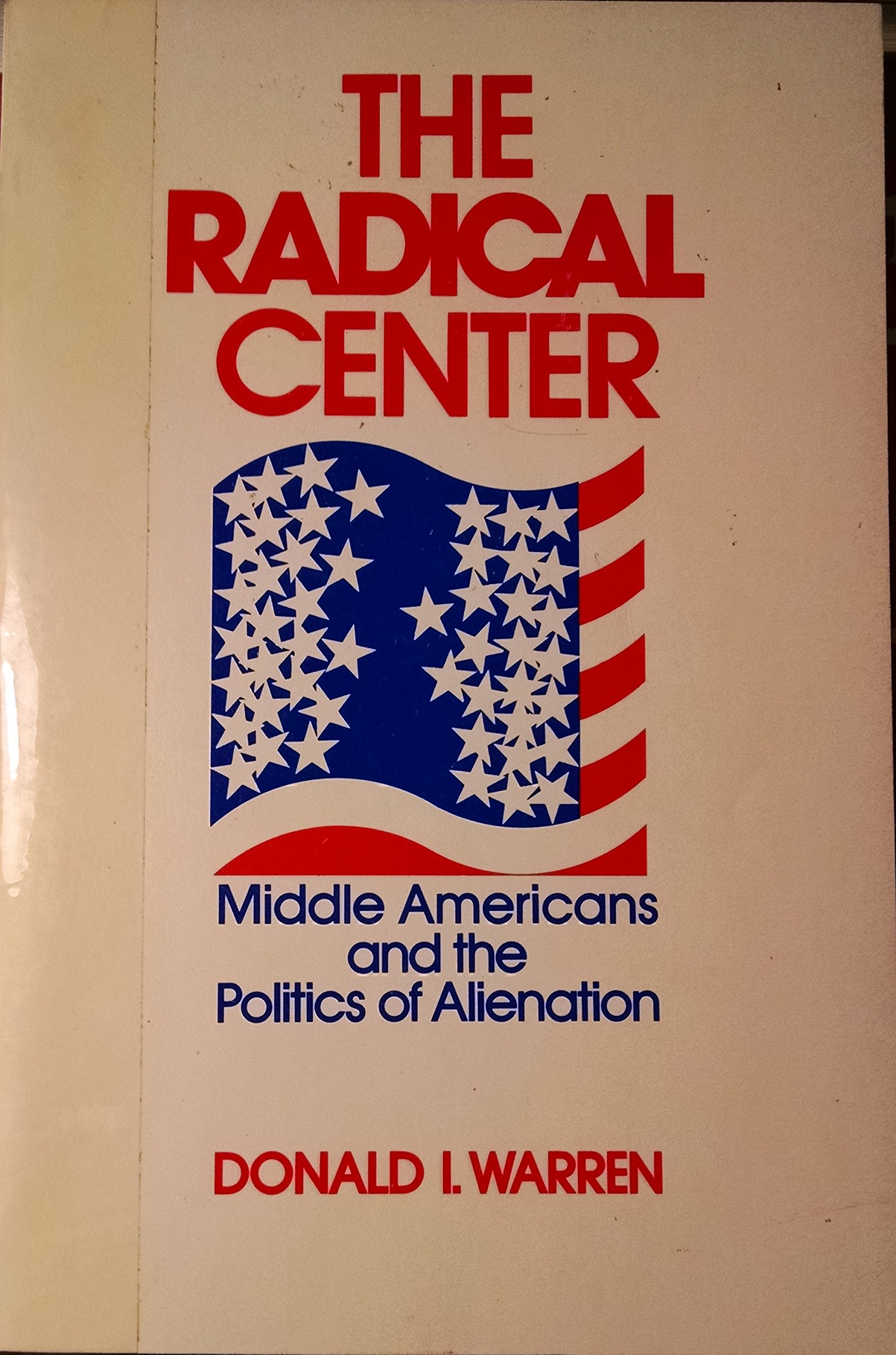 They saw "government as favoring both the rich and the poor simultaneously." Like many on the left, MARS were deeply suspicious of big business: Compared with the other groups he surveyed—lower income whites, middle income whites who went to college, and what Warren called "affluents"— MARS were the most likely to believe that corporations had "too much power," "don't pay attention," and were "too big. On the other hand, they held very conservative positions on poverty and race. They were the least likely to agree that whites had any responsibility "to make up for wrongs done to blacks in the past," they were the most critical of welfare agencies, they rejected racial busing, and they wanted to grant police a "heavier hand" to "control crime."

[The Return of the Middle American Radical, National Journal, October 2, 2015]

And I wasn’t born and raised in no ghetto Just a white boy lookin’ for a place to do my thang.

White Boy spoke for the hardworking poor whites who were not privileged, but not coddled:

And don’t want a part of anything they’re givin;’

And I’ve got a song to sing.

Haggard made the same point in his hit Workin’ Man Blues:

I ain't never been on welfare, that's one place I won't be.

Meanwhile Haggard bemoaned  America’s weakness. Pat Buchanan's Suicide of a Superpower opened its final chapter by quoting Haggard's song Are the good times really over for good? Written at the dawn of Reagan’s presidency, Haggard wistfully yearned for the days “back when the country was strong,” and spoke of the decline of American manufacturing. But like Reagan (and, now, Trump), he thought that America could be restored, and concluded

The best of the free life is still yet to come.

The good times ain't over for good.

In 2005, he recorded a new version of White Boy, which his label Capitol Records label reportedly refused to release. (I couldn’t find any news stories confirming this. However, videographer and country musician Thom Bresh recorded Haggard performing the song in studio made that claim when releasing the raw video.)

It wouldn’t be the first time major country songs censored right-wing content by a country legend. Columbia Records refused to release Marty Robbins’ Ain’t I Right?, which criticized the Communist influence in the Civil Rights movement.

Haggard’s Associated Press obituary attempted to portray him as a convert to liberalism late in life, noting, “In 2007 he unveiled a song to promote Hillary Clinton and two years later he penned “Hopes Are High” to commemorate Obama’s inauguration. In “America First,” he even opposed the Iraq War, singing “Let’s get out of Iraq, and get back on track.” [Country icon Merle Haggard, champion of the underdog, dies, by Kristin M. Hall, April 7, 2016]

Yet in 2007 when Haggard may or may not have supported Hillary Clinton, her supporters were Middle Americans upset with Bush’s disastrous plutocrat-friendly immigration and foreign policies and Barack Obama’s San Francisco comments that it's "not surprising" that unemployed Pennsylvanian whites  "get bitter" and  "cling to guns or religion or antipathy toward people who aren't like them or anti-immigrant sentiment or anti-trade sentiments. "

As Pat Buchanan put it at the time:

Who, exactly, are the Hillocrats…? They are white, working- and middle-class, Catholic, small-town, rural, unionized, middle-age and seniors, and surviving on less than $50,000 a year. They are the people most belittled by the condescending commentary of Barack behind closed doors out at Sodom on the Bay.

While Haggard  wrote a song about Obama’s inauguration, he later said Obama was a “nice fellow, but I'm not going to vote for him,” though like many Middle American missing white voters, he said he wouldn’t vote for Romney either. [Merle Haggard meh on Obama, Romney, by Caitlin McDevitt, Politico, July 2, 2012]

As for his 2009 song America First, as the title implies, Haggard’s foreign policy views are not grounded in liberal internationalism. His prescription:

Why don't we liberate these United States;

We're the ones who need it worst;

Let the rest of the world help us for a change;

sounds like it could come from a Donald Trump campaign commercial.

Haggard died yesterday, so he witnessed Trump’s rise. But he either didn’t see fit to comment or perhaps was too sick. I don’t want to impute any political views to Haggard. Dan Emmett was a staunch Unionist from Ohio, but his song Dixie became a rallying cry for the Confederacy.

But Haggard’s lyrics speak for themselves. Regardless of whether Haggard was a Trump supporter, if we ever take our country back, we’ll be playing America First and White Boy during our victory parades.