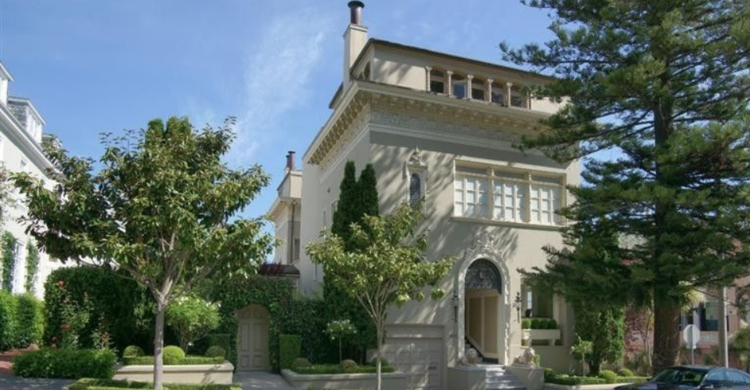 Few of the press accounts of Obama getting caught telling San Francisco supporters what they wanted to hear about why those Pennsylvanians have such retrograde values, like religion, mention where exactly in San Francisco he was. It appears most likely that he was at a fundraiser in Gordon Getty's mansion on Billionaire's Row, a street where Larry Ellison and a number of other Forbes 400 folks live. Getty is the chief heir of the J. Paul Getty's vast oil fortune. (On a side note, the name "Gordon Getty" was the inspiration for the name of Michael Douglas's "Greed is good" character in "Wall Street:" "Gordon Gekko," although Gekko's personality is closer to J. Paul's than Gordon's, a dilettante symphony composer.)

Here are a lot of pictures of Obama arriving at Getty's mansion from Zombie Times.

"You go into some of these small towns in Pennsylvania, and like a lot of small towns in the Midwest, the jobs have been gone now for 25 years and nothing's replaced them. And they fell through the Clinton administration, and the Bush administration, and each successive administration has said that somehow these communities are gonna regenerate and they have not. And it's not surprising then they get bitter, they cling to guns or religion or antipathy to people who aren't like them or anti-immigrant sentiment or anti-trade sentiment as a way to explain their frustrations."

This is a perfect summary of Stuff White People Hate.

Post
Nashville, TN: When Race Of Suspect Is Known, Blacks Were Suspects In 89% Of Shootings And 69% Of Homicides
MORE...
POPULAR TAGS