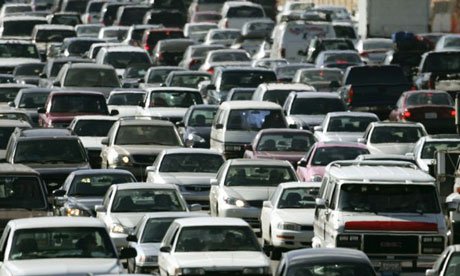 Mass immigration is driving us to a dystopian future. And the frustration, anger, and seemingly spontaneous rage generated by everyday life is only going to get worse.

Everyone can relate to being furious about massive traffic jams during a daily commute or even while running errands in any typical American city. This leads to what we call “road rage” – the deaths and violence we simply accept as a side effect of modern life.

But it’s not normal. During my halcyon youth in a small city in the beautiful hills of Western Pennsylvania, we were an orderly nation with less than 150 million people. The social stress of overcrowding simply did not exist.

And there are bigger problems than just trying to find a parking spot. Having to deal with an ever increasing number of people from all around the world necessitates ever larger government and more violations of what Americans used to regard as our traditional liberties.

Our future increasingly resembles a horrific combination of Brave New World and 1984 by Huxley and Orwell.

For example, PBS’s Frontline program on the Snowden affair run on DC’s WETA on Tuesday, May 20th, made clear that the National Security Administration (NSA) has the power and the ability to copy all our voice and electronic communications. In fact, they already have done, with the tacit consent of virtually all major entities involved, including the phone companies and the likes of Google and Facebook.

The terrorist attacks of September 11, 2011 enabled the Patriot Act and the fear of further terrorism gave NSA the cover it needed to begin spying on our entire population.

Now we learn from Professor David Cole’s NY Times book review of "Inferno: An Anatomy of American Punishment" by Robert A. Ferguson that 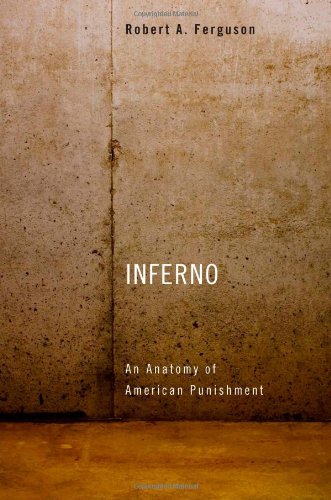 Part of this comes from the Drug War. A typical story:

"A teenager who allegedly made and sold hash brownies could serve life in prison because of the ingredients he used.

Officials in Round Rock, Texas, have charged Jacob Lavoro, 19, with a first-degree felony because he chose to use hash oil rather than marijuana.

That allows the state to use the entire weight of the brownies — sugar, cocoa, butter and other ingredients — to determine the weight of the drugs, KEYE-TV reports.

The brownies confiscated by Round Rock officials allegedly weighed about 1.5 pounds. The potential sentence Lavoro faces, if found guilty, ranges from five years to life in prison.

"This case highlights both the absurdity and devastation of our nation's ongoing war on marijuana," Erik Altieri, spokesperson for the National Organization for the Reform of Marijuana Laws told HuffPost in an email.

"While Colorado and Washington have ushered in the age of legalization, many states still harshly criminalize marijuana and hand out egregious sentences for its possession."

But even the excesses of the War on Drugs are just a symptom of the problem. Mass surveillance, overpopulation, traffic, environmental strain, a soaring prison population, and the increasing need for the government to regulate social life are all caused (or at least exacerbated) by mass immigration.

There is no problem our country has now which is helped by having a soaring population of 320 million, with an expected increase to half a billion (450 million) by 2050.

The USA is spinning out of control. The basic cause is too many people migrating in too large numbers into our country with no consideration of cultural assimilation, infrastructure, or existing class divisions. As a result, our government structure of checks and balances and the Constitutional foundation of our Republic is tottering under the strain.

Look at our Congress unable to decide anything. Look at the Obama Administration enacting by executive order the Open Borders policies that Congress has not (and likely will not) enact. Look the rich elites with 1% owning 40% of our wealth. Look at the loss of control ordinary people have over their own lives.

And are we supposed to believe that after all that has happened over the last two decades the best we can do is find another Clinton or another Bush for the Presidency?

Our free society is breaking down, and the government is trying to compensate with repression.