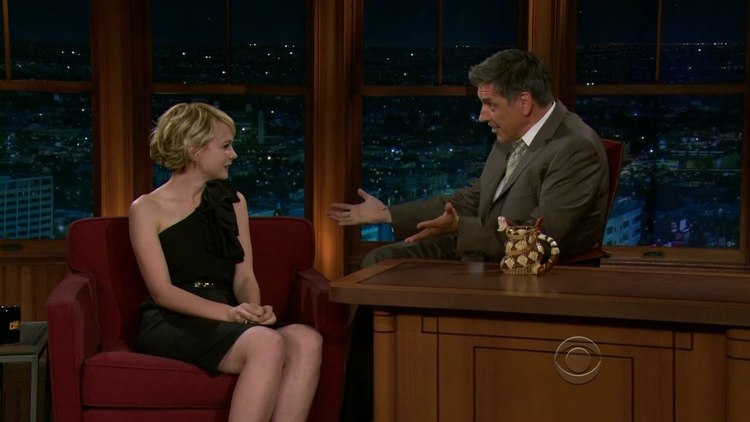 Hillary Clinton To Be Played By Carey Mulligan?

Carey Mulligan was up for the role of “Hillary Rodham”, in Rodham, a biopic story of the young Hillary Clinton, a woman who wanted the US to lose the Vietnam War.

One thing she did in that cause, as a young staff person,  was help the Congressional Democrats overthrow popularly elected President (49 states) Richard Nixon. See Yes, Watergate Was a Coup,  by Pat Buchanan, and Sleeping with the Enemy by James Webb.

In his recent Radio Derb, John Derbyshire described Hillary Clinton as presenting the image of a "a haggard old cynic in a muu-muu". Actress  Carey Mulligan, on the other hand, is adorably beautiful. Let's compare them.

Below: Not Hillary Clinton: 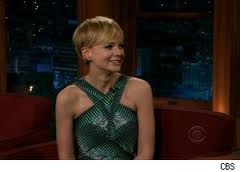 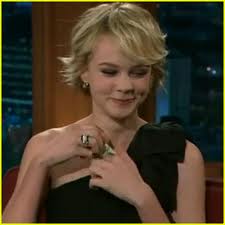 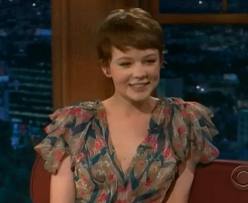 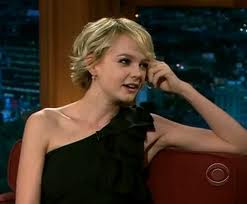 Is it possible that a young Hillary looked even vaguely like that?

Below: Not Carey Mulligan.

Mulligan has reportedly turned the role down, but the fact that they were even considering her for the role shows the crazy love affair Hollywood still has with the Clintons.

Carey Mulligan would get my vote for any number of roles, but she looks nothing like Hillary Clinton. John Derbyshire suggested Snooki, who would have to wear a blonde wig. (The pantsuit would cover the tattoos.) I'd prefer Hugh Laurie. He has the accent down pat, and years of playing the tough, cynical Dr. House would stand him in good stead. (Blonde  wig, pantsuit? No problem!)

Here's Carey Mulligan on Craig Ferguson: try and imagine what could possibly have been going on in the mind of someone who would cast her as Hillary.