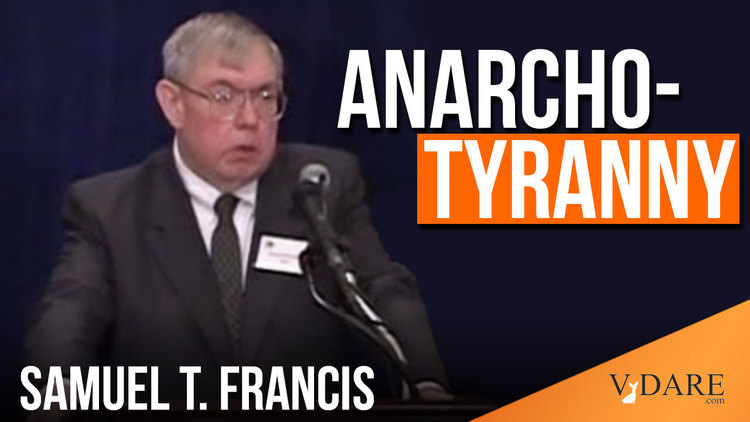 Soon after the terrorist attacks of Sept. 11, the Bush administration came up with a mammoth piece of legislation fetchingly entitled the USA PATRIOT Act, which was a cute little acronym for "Uniting and Strengthening America by Providing Appropriate Tools Required to Intercept and Obstruct Terrorism."  It sounds like something from an Ian Fleming novel, but really it's more like 1984.

The law authorized vast new powers for the federal government to investigate, arrest and generally snoop into the private lives of alleged terrorists. Many congressmen who voted for it never bothered (or managed) to read the law through, and just how much power it gives the leviathan state over its citizens is still unclear.

Nevertheless, the Bush administration now wants to expand it.

Not surprisingly, a good many people on the political left have objected to the new legislation, which is considerably less fetchingly known simply as the Domestic Security Enhancement Act, but perhaps more surprisingly, so have several on the political right—among them former Rep. Bob Barr, the American Conservative Union, [Click for Video of ACU, ACLU, and Eagle Forum panel] and Phyllis Schlafly's Eagle Forum, among others. (The neo-conservative Likudniks and their pet puppies at ex-conservative organs like National Review are conspicuous by their silence.)

The general conservative objection, voiced by Mr. Barr, is that the bill is simply one more titanic expansion of government power. "Already, government investigative powers have been dramatically expanded," the former Georgia congressman told the press. "Already, intelligence is working under the flawed premise that to get the bad guys you need to spy unmercifully on the good guys."

The result of anarcho-tyranny is that government swells in power, criminals are not controlled, and law-abiding citizens wind up being repressed by the state and attacked by thugs.

Yet some conservatives are fully on board with granting the government all the power it wants. Senator Orrin Hatch, for instance, chairman of the Senate Judiciary Committee, is all for extending the original Patriot Act by making its provisions permanent. The act as passed contains a provision that would terminate it in 2005. Mr. Hatch wants to amend the law by removing that clause and thereby perpetuate the Patriot Act.

Defenders of the act and the new proposals argue that the government needs them to fight terrorism, and certainly there are terrorists out there to fight. Critics, including the ACLU, say the definition of terrorism in the new law would cover various non-violent political dissenters, right and left.

But what nobody seems to grasp is that the only terrorism we really have to fear comes from our refusal to control immigration.

The terrorism is most likely to come from the Middle East, yet the government has done absolutely nothing since the attacks to reduce immigration and not much to control illegal crossings of the borders. There have been some efforts to crack down on the latter, but the number of illegals entering the country is as high now as it was before the attacks.

There is no name, let alone a clever acronym, for the system of government that now seems to be evolving, in which we ignore the major and most obvious threat to national and internal security—the sieve-like border, through which virtually any criminal or crackpot on the planet can pass—and instead start restricting the constitutional liberties of American citizens.

But it's clearly one more installment of anarcho-tyranny—in this case, the anarchy comes from thugs who are immigrant criminals and terrorists, while the tyranny comes from the usual suspect—the federal government.

Aside from some very radical alterations in our foreign policy, which has merely created enemies out of friendly or neutral Arabs, the single most effective measure the government could take against terrorist threats inside this country is to halt all immigration at once, throw out the illegal aliens who are here, and take a harder look at a good many immigrants who may have come here legally but for purposes not exactly pacific.

Yet in the year and a half that has passed since the Sept. 11 attacks, there has been not the slightest indication that the government has even considered that elementary step or plans to.

Instead, it prefers to erode the freedom of Americans while aliens, terrorist or not, cross the border freely.

It makes you wonder which is the bigger threat to our lives and our liberties—foreign terrorists or our own government.