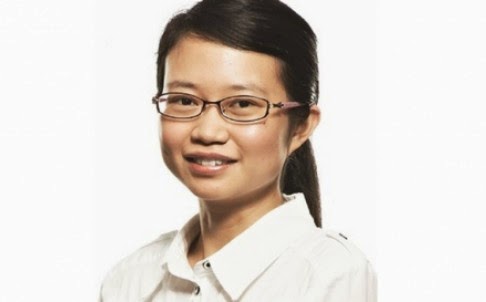 How Come You Don’t Know About This Immigrant Near-Mass Murder At Stanford?

The murderous actions of one man in Charleston, South Carolina are being exploited to transform American politics utterly, but an attempted mass murder by a member of the “model minority” continues to be almost totally unreported. Ouyang Xiangyu did not actually succeed in murdering four of her Stanford University lab mates—although immigrant mass murder is a regular occurrence—but Stanford covered up her crimes for months and still refuses to name her. Needless to say, the Main Stream Media is in the Political Correctness tank too.

Ouyang now says she was “crying out for help.” But in contrast, one of her victims actually did cry out: “I think someone is trying to kill me!” Between last August and November 10, Ouyang Xiangyu’s attempted victims were poisoned with paraformaldehyde (PFA) and formaldehyde in their bottled water. One of Ouyang’s victims “immediately experienced a burning sensation in her mouth and throat. Her eyes became irritated and watery. She began salivating uncontrollably. Her throat was burning so bad that she could not even swallow the water” [Grad Student Spends Three Months Poisoning Labmates, Charged with Four Felonies, Confesses, to Plead Not Guilty by Reason of Insanity, The Fountain Hopper and Vice.com, March 31, 2015.]

Reportedly all of Ouyang’s victims were other Asian females, although one had a non-Asian name.

Ouyang is from Singapore, but was born in Communist China, which may or may not have political implications. Needless to say, the MSM, including Stanford’s authorized student newspaper, the Stanford Daily, has refused to look into these possible connections.

In fact, the only reason we even know about this case is because Stanford’s Fountain Hopper, an anonymously-published, guerrilla student paper, posted the 267-page criminal complaint (pdf) against Ouyang in its entirety, and published a major story on the case.

When the first reports of poisonings were brought to the university’s attention, Stanford Medical School director of faculty relations Ellen Waxman, in VICE.com’s euphemism, “chose to deal with the matter internally” i.e. launch a cover-up. The police were only contacted after more victims came forward [A Stanford Medical School Student Was Arrested for Poisoning Her Classmates' Water Bottles by Jennifer Schaffer, VICE.com, April 1, 2015].

The would-be mass murderer quickly confessed and Stanford immediately launched a smokescreen on her behalf.

“The victims in this case have asked from the outset of their initial report that the matter remain private,” [University spokeswoman Lisa] Lapin stated. “They have reason to request privacy, and the University has respected this request.  In addition, both privacy laws — FERPA and HIPAA — limit what the University can share.”

“This was a sad, heartbreaking situation, and no one could speculate as to why,” she added. ”The University has been providing support to the group impacted. They are a strong team and from the outset requested privacy to move on.”

Editor’s note: The Daily has not published the name of the suspect in order to protect the identities of the alleged victims, the suspect’s labmates.

It is not true that FERPA and HIPAA require colleges to hide the names of suspects or perpetrators. A newspaper can choose not to print crime victims’ names, but unless we’re talking about a domestic crime in which victim and perpetrator share a family name, there can be little justification for hiding a suspect’s name—let alone that of a confessed perp.

As student “S” commented on the Stanford Daily story

This article is basically a summary of what Lisa Lapin said. Why is the Daily turning into the mouthpiece of Stanford's official spokespeople? We'll probably have to wait for the Fountain Hopper to look into this to get any real journalism….

The University’s approach is hardly unique. For example, VICE.com’s Schaffer, who promoted the reporting of the Fountain Hopper, changed Ouyang’s name to “Zheng,” a “cancer biology” student who was really a kind of victim herself:

In her account to police, Zheng [sic] described her actions as a cry for help: “I am truly sorry for what had happened, but I really didn't mean to harm people. And I... it was me crying out for help and I didn't know…”

Zheng [sic], who had sought psychological care from the university before the poisoning incident, told the Stanford Department of Public Safety that she had been suffering from severe insomnia, dizziness, depression, and "a disconnection from reality" at the time of the poisonings.

Significantly, while the American MSM shied away from reporting on the case or identifying the victim, Asian media outlets proved quite capable of providing basic facts:

In contrast, you probably have heard from our MSM about other supposed crimes at American universities—none of which actually happened:

These and other cases show the MSM is far less cautious about promoting falsehoods about white “criminals” than it is about reporting confirmed facts in cases with nonwhite perps.

It’s a pattern. Just as Stanford did its best to sweep Ouyang’s poisoning under the rug, other universities have gone to great lengths to conceal the truth about nonwhite criminality.

In the most infamous example, a white Eastern Michigan University student named Laura Dickinson was murdered in her residence hall room in December 2006. The school did not acknowledge a homicide had taken place, refusing even to tell Dickinson’s family, until a black EMU student was arrested for the killing months later [A killing kept in the shadows, by P.J. Huffstutter, Los Angeles Times, June 19, 2007] The school was eventually forced to pay millions to the victim’s family as well as hundreds of thousands of dollars in penalties for violating crime reporting laws [Eastern Michigan University to pay $350,000 in federal fines over Laura Dickinson case, by Geoff Larcom, Michigan Live, June 6, 2008]

If anything, we may see more concealment of such “hatefacts” fueled by racial activists’ anti-truth campaigns. For example, black students and instructors at the University of Minnesota have recently intimidated campus police into censoring police crime reports so they no longer identify perpetrators by race. Of course, that means they are now worthless [Amid race concerns, UMN curtails crime suspect descriptions by Josh Verges, Pioneer Press, February 26, 2015]

The black activists asserted that telling the truth about perps made the police guilty of “racial profiling.” Of course, by their own logic, we can conclude that most crime at the school is perpetrated by blacks and that this is less objectionable to blacks than other people finding out about it.

And needless to say, the “activists” did not demand that the university cease making race-based admissions and hiring decisions.

This is all part of how things are done at today’s university—which I call the antiversity. Run under the principle of anarcho-tyranny, the modern university is filled with real crimes perpetuated by nonwhites that are actively covered up, while fantasy crimes, all mysteriously perpetrated by the hated white males, enable policy changes on campus and nationwide media campaigns which have long-lasting effects even after the story is exposed as a lie.

Thankfully, Ouyang Xiangyu was not another case of Immigrant Mass Murder Syndrome—just a near-miss. It may seem incredible such a lurid tale was actively concealed by an MSM hungry for sensationalism.

Yet once you understand the MSM is more interested in promoting an anti-white Narrative than reporting the facts, it all makes sense.

Unfortunately for parents of college students, this kind of propaganda endangers their children. They won’t find out about the real color of crime on their campuses until it’s too late.