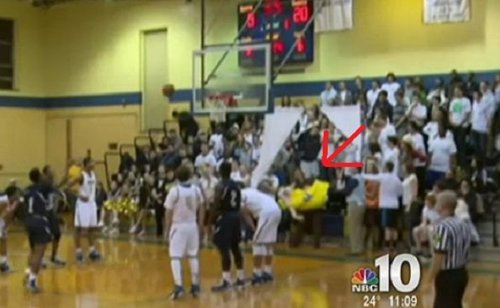 Political correctness is a pathological disorder.

You can't say "niggardly" or "black holes" or "chink in the armor" without provoking protests or risking your job. You can't invoke the Constitution or call illegal behavior "illegal" without being accused of hatred. And now, you can't goof around at a high school basketball game in silly costumes without the world accusing you of "racial insensitivity."

If any of these media outlets had bothered breathing into paper bags before making abject fools of themselves, they might have actually committed journalism. Holy Spirit is a tight-knit community with a 50-year tradition of excellence in academics, sports and character education. I know more than a little about the school and its student body because I am a proud alumna of H.S.H.S. and have stayed in touch with many of its dedicated teachers and administrators over the years. 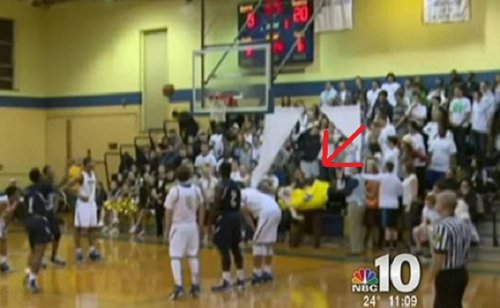 Part of Holy Spirit's half-century legacy includes a storied athletic rivalry with nearby Atlantic City High School. The competition between the Holy Spirit Spartans and the Atlantic City Vikings has always been fierce but friendly. At a basketball game two weeks ago, Holy Spirit students decided to show their team spirit by recreating Arizona State University's famous "Curtain of Distraction" during their rivals' foul shots.

Unlike the pot-stirrers who've turned an innocent prank into an international p.c. incident, Holy Spirit's senior class president Pat Shober was actually in the stands on Feb. 18 during the game. He donned a green ballerina tutu for the foul shot skits. Other students scrounged up a bumblebee suit, monkey pajamas, costumes for Dorothy from the "Wizard of Oz," a jack-o'-lantern and a banana.

"The fan section was louder than it had been all season long, and the fans, of both sides I may add, were thoroughly amused and actually complimented many of us on our actions numerous times both at the game itself and throughout the time since then," Shober recounted in an open letter to the public. "Racism was not brought up once by a student, player or spectator that night. We intended no racist connotations during our performances that night."

The Spartans had used the costumes at previous games without controversy. Ray Ellis, a black Holy Spirit alumnus and former football player, had dressed up as the banana at a sports match three years ago. The 19-year-old athlete tweeted a photo of himself in costume after the manufactured brouhaha, which he rightly called "ridiculous." Ellis explained to the Philadelphia Inquirer's Phil Anastasia — one of the few responsible journalists who covered the story — that "we get creative at games, we dress up in costumes, we show a lot of enthusiasm. ... Other people see what they want to see and try to make it into something it's not."

Indeed, race didn't enter the picture until two error-riddled reports from the Press of Atlantic City appeared a week after the game occurred and snowballed into global tabloid hysteria. The paper extensively quoted an Atlantic City high school coach who wasn't even there. The paper failed to mention that the vast majority of the Holy Spirit basketball team is black. The paper neglected to describe the full array of costumes involved. Nor did it quote any of the kids involved in the skits.

Anastasia, who was in attendance, noted: "I was there that night in Absecon. There were black kids along with white kids in that student section, yelling at Atlantic City's players and cheering for Holy Spirit players. And for the record, there were times during that game when Atlantic City had more white players on the floor (two) than Holy Spirit."

Stephen Brown, a Holy Spirit alumnus who graduated last year and has many friends at the school, told me: "It is a classic example of how the race card is so unfairly pulled, and in this case is being used to vilify innocent high school students." Showing more maturity than the Chicken Little instigators in newsrooms around the world who defamed his fellow Spartans, Brown reflected: "This is not only a perfect example of poor journalism, but an example of how members of the biased media like to stir the racial pot."

What we have here is a textbook case of media-manufactured racism. Knee-jerk race-baiters who see bigotry at every turn are an embarrassment to the profession. Shame on the smear merchants and their enablers who go bananas over every last imagined slight and recklessly monkey around with students' lives and reputations.

The cage-rattlers don't care about truth, honor or integrity. Lesson learned: It's a social justice jungle out there, kids. Be prepared.