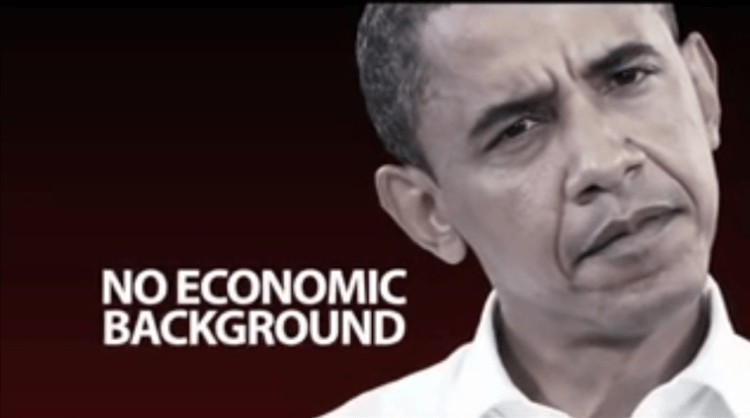 Republicans don't need to dress up for Halloween this year. They're scaring the pants off Barack Obama's followers by their mere presence. Anything they say, wear or do provokes instant cries of "RAAAAACISM!" Wink, blink or think critical thoughts about Obama? You're a bigot!

How many racial bogeymen have Obama operatives and sympathetic journalists discovered lurking in "coded language" and attire? Let us count the ways:

Taking their cue from Burton, spooked Obama supporters hyperventilated like teenagers on the film set of The Blair Witch Project. "The racial undertones were subtle but unmistakable," declared Maya Wiley of the leftist Center for Social Inclusion. "McCain was tapping into a current of superiority among white voters. It was an attempt to 'otherize' Obama." [McCain's Usage of 'That One' Sparks Questions of Intent, FoxNews.com, October 8, 2008]

"Otherize"? Sounds like something you do to your car tires to prepare for winter.

UC Berkeley linguistics professor George Lakoff [Email him] was also haunted by "That One": "The phrase was meant to say, 'You and I are in the same area, but he's the outsider.'"

Memo to McCain: Next time, call him "The One."

"Palin is wearing white again, inciting the racist crowds. She should just drop all pretense and put on her white hood and light up a cross. She is a despicable human being," fumed a DU poster. "Grand Princess of the KKK," proclaimed another. They're "trying to send subtle signals to their rabid base," declared yet another member of Obama's rabid base.

My racial decoder ring must be on the fritz. I'm not getting the signal. If she wears white stockings, drinks a vanilla milkshake and refers to budgetary black holes, are those incitements, too? And what about her gorgeous white teeth? Perhaps she should drink more coffee—hold the white cream!—to avoid emitting further racial radiation.

I saw a vice presidential candidate drawing stark philosophical differences between two tickets. The AP saw Freddy Krueger with lipstick and a noose.

"Whether intended or not by the McCain campaign, portraying Obama as 'not like us' is another potential appeal to racism. It suggests that the Hawaiian-born Christian is, at heart, un-American," the AP piece frothed. [Analysis: Palin's words carry racial tinge, By Douglass K. Daniel, October 5, 2008]

Obama is half-black. Ayers is white. One of the Weather Underground's victims was black police officer Waverly Brown of Nyack, N.Y. Where do I buy a pair of the super X-ray glasses that can detect the racism in Palin's remarks about the Obama-Ayers alliance?

Um, "sinister"? The ad's photos of Obama and Raines were standard shots—some with dour expressions, others smiling. The fact that Tumulty perceived them as "sinister" suggests that she should perform a self-racism exam before diagnosing anyone else.

And Democratic Sen. Majority Leader Harry Reid echoed Time's Tumulty on the McCain camp's Obama/Raines broadsides: "The only connection that people could bring up about Raines and Barack Obama is that they both are African-American, other than that there is nothing."

The Washington Post reported that Obama's office phoned Raines for housing advice and has stood by its reporting. Is the newspaper part of the McCain/Palin hooded racists' coven, too?