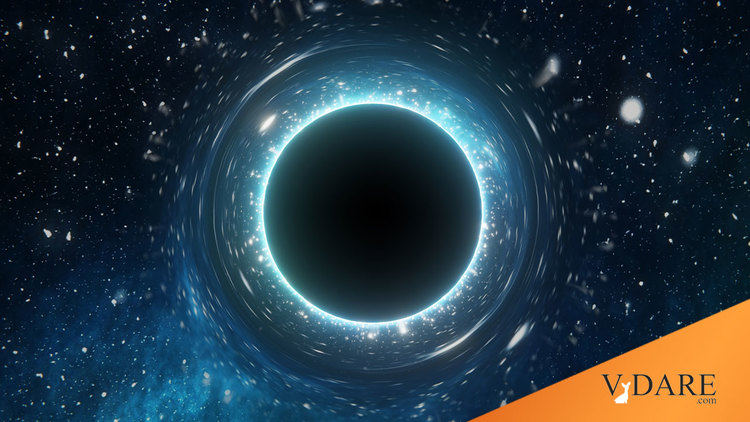 The National Association for the Advancement of Coddled People

Before the National Association for the Advancement of Colored People decided to ride the anti-Tea Party wave back to political relevancy, its most recent activist crusade involved a silly space-themed Hallmark graduation card. Yes, the NAACP has been lost in space for quite some time now. And blaming whitey will no longer cut it.

In June, the Los Angeles chapter of the NAACP demanded that the greeting card be pulled because it used the term "black holes" (which the bionically equipped ears of the p.c. police insisted sounded like "black whores"). "It sounds like a group of children laughing and joking about blackness," one NAACP official complained.

It was a group of hipster cartoon characters chattering about the universe and galaxies and wide-open possibilities to new high school and college grads.

Alas, this is what has become of the once-inspired drive against racial discrimination.

In just a few short decades, the stalwart strivers for equality have turned into coddled whiners for hypersensitivity. The NAACP is a laughingstock. The group no longer represents the best interests of oppressed minorities, but the thin-skinned whims of the black elite and the ravenous appetite of the Nanny State. Establishment civil rights leaders now use their once-compelling moral authority to hector, bully and shake down corporate and political targets.

As Ward Connerly, the truly maverick opponent of government racial preferences who is black, wrote recently:

"The NAACP is not so much a civil-rights organization as it is a trade association with clear links to the Democratic Party, despite the claim of its chairman that 'the NAACP has always been non-partisan.' "Such a statement doesn't pass the giggle test. The NAACP uses the plight of poor black people as a fig leaf to hide its true agenda of promoting policies that benefit their dues-paying members, not black people in general or poor black people in particular."

To compensate for squandering the proud history of the civil rights organization on innocent greeting cards, NAACP leaders introduced a much-hyped resolution at their annual convention this week attacking the nation's biggest racial bogeyman: the Tea Party movement.

It's a tried and true tactic of worn-out grievance-mongers: When you can't find evil enough enemies to blame for your problems, manufacture them. (Just ask hate crimes huckster Al Sharpton.) This is why one of the most popular signs spotted at Tea Party protests across the country remains the one that reads: "It doesn't matter what this sign says. You'll call it racism, anyway!"

The NAACP resolution calls on its chapters across the country to "repudiate the racism of the Tea Parties" and stand against the movement's attempt to "push our country back to the pre-civil rights era."

Yet, it's the NAACP that lobbied the Obama White House to dismiss voter intimidation charges against the thugs of the New Black Panther Party, according to Justice Department whistleblower J. Christian Adams. It's the NAACP that opposes the 21st century school choice movement to free poor minority students from rotten government schools, as black parents in Washington, D.C., have suffered firsthand. It's the NAACP that elevates "diversity" above academic rigor as its primary education goal. And it's the NAACP that backs retrograde, race-based set-asides and classifications that encourage cronyism of color championed by their water-carriers at the Congressional Black Caucus.

And it's the NAACP that tolerates racist sneers and smears like those leveled by the St. Louis NAACP chapter against black limited-government activist Kenneth Gladney, who was derided by civil rights leaders as an "Uncle Tom" after he was beaten bloody by Service Employees International Union henchmen last summer.

Addressing the convention on Monday, first lady Michelle Obama urged NAACP mau-mauers to "increase" their "intensity." She's a pro at employing intense accusations of racial oppression as a defense against criticism and milking the victimocracy for all its worth.

At Princeton, she complained about "further integration and/or assimilation into a white cultural and social structure that will only allow me to remain on the periphery of society; never becoming a full participant."

But rather than remaining "on the periphery," Mrs. Obama climbed the crooked Chicago ladder on a rapid ascent to the top. She hopped from Princeton to Harvard to prestigious law firms, cushy nonprofit gigs and an exclusive Hyde Park manse, before landing in the East Wing with the greatest of ease.

Question the timing of the Tea Party-demonizing resolution? You bet. The NAACP's man at 1600 Pennsylvania Ave. finds himself radically out of step with the American mainstream in the lead-up to the 2010 midterms. He sent his wife to the convention to re-establish White House racial authenticity at a time when increasing numbers of minorities are now as fed up with massive debt, usurpation of individual liberties, corruption in Washington and chaos on the border as everyone else.

It's a black hole bonanza. Queue the distraction: RAAAACIST!