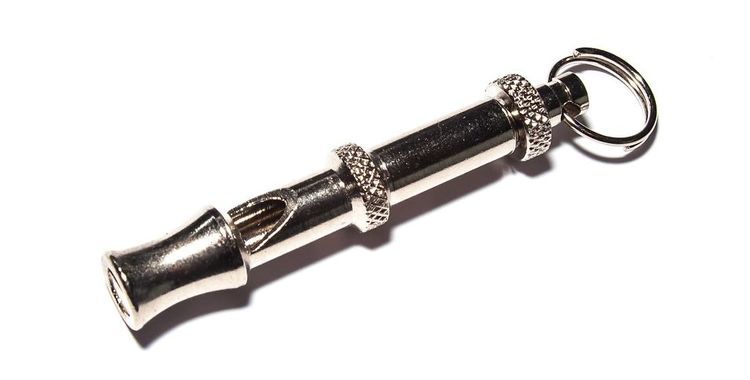 Glenn Beck, Jeffrey Goldberg, And The Dog-Whistle That Wasn't

A benefit of the growing Israeli influence on American politics, as I've mentioned before, is that brusque Israelis are less likely to disguise their inner thoughts to conform to the rules of politesse.

Jeffrey Goldberg, national correspondent for The Atlantic, was born and bred in America. Yet, having enlisted in the Israeli Defense Force, he seems to have picked up some of the Jewish state's characteristic frankness. So, while much of the rest of the MainStream Media was flailing about trying to concoct new rationalizations for their furious attempt to pin that Arizona psycho's rampage on mass-market Republican spokespeople like Sarah Palin, Bill O'Reilly, and Glenn Beck, Goldberg cut to the chase. In Glenn Beck's Jewish Problem (January 18, 2011), Goldberg simply accused Beck, the autodidactic Fox News talker, of anti-Semitism.

Now, Beck might strike a neutral observer as wildly pro-Semitic. But, you see, Goldberg has a list. He wrote:

"This is a post about Beck's recent naming of nine people—eight of them Jews—as enemies of America and humanity. … "

Goldberg is willing to concede:

"That said, Beck has not crossed a certain line, by identifying his targets openly as Jewish."

But Goldberg can just tell that Beck is guilty anyway:

"Nevertheless, this, to me, is a classic case of anti-Semitic dog-whistling. … My modest suggestion to those Jews who fear the building of mosques in American cities is that they look elsewhere for threats that seem to be gathering against them." [Links added]

The first question is whether there's actually any story here at all. Did Beck announce a list of enemies of America and humanity? Or is Goldberg just overexcited?

Goldberg doesn't link to any page on the Web to support his claim. This lack of documentation should have made me immediately suspicious, since it's easy to put in a link … if you have one. (The large number of links in VDARE.com articles are often accused of being hard on the eyes, but at least we show you exactly where we get our facts.)

After poking around through scores of websites credulously repeating Goldberg's accusation that Beck is anti-Semitic, I think I've found Goldberg's uncited Cliff Notes: a January 14, 2011 Media Matters article by Ned Resnikoff coyly entitled Why Are There So Many Jews in Beck's Rogues Gallery?

"So who are these nefarious figures from government, finance, media, and academia who believe they can and should control everyone's choices, 'not just in politics, but everywhere'? In tonight's episode, Beck singles out nine of them. One is AFL-CIO president Richard Trumka."

Trumka? He's a Catholic former coal miner who is a dead ringer for the Chicago Bear's ex-coach Mike Ditka. If that's a dog whistle, it's a deeply confusing one.

But never mind that—Resnikoff goes on:

"Eagle-eyed readers might notice what all eight of these people have in common. Yes, eight out of the nine villians Beck identified tonight are Jewish.

Well, is it a coincidence?

Following Resnikoff's links to various dead ends, it becomes clear that, in sharp contrast to the impression I got from Goldberg's posting, Beck hasn't actually put forward his Official Enemies of America and Humanity List.

What really happened was that on January 13, 2011, as he does on every single weekday, Beck put on his professorial-looking glasses and went off on one of his televised rambles through history. Resnikoff decided that Beck had insulted nine people the night before, of whom eight were Jewish.

What are the odds?!?

Well, the laws of probability suggest that over the many scores of shows that Beck has done over the years, the probability that one single show would feature a high proportion of Jews is awfully high.

In other words, there's no story here.

And that raises the question: What is the penalty for falsely accusing somebody of anti-Semitism these days?

Not much, I suspect.

Goldberg surely realized that his J'accuse against Beck logically depends upon the assumption that the talkative TV host knows the biographical details of everybody he happens to mention.

I wouldn't have known the backgrounds of all these people—and I'm reasonably well-informed. For instance, 35 years ago, I read a book co-authored by one of the nine, sociologist Frances Fox Piven. Her The Politics of Turmoil argued that the Left could benefit politically by stoking feelings of anger and entitlement among poor blacks to make sure they all sign up for every bit of welfare they can get their hands on.

If ghetto-dwellers have to mau-mau some flak catchers (as Tom Wolfe put it in his hilarious 1970 book), all the better.

In the 1960s and 1970s, Piven and her late husband, Columbia sociologist Richard Cloward, had been the most prestigious advocates for the idea that encouraging self-destructively irresponsible attitudes toward welfare among poor blacks was a winning political strategy for the Left. (Not surprisingly, NWRO spawned ACORN, which Obama was closely associated with during the 1990s.)

But even though I'd been aware of Piven's historical importance for all those years, when Goldberg brought it up, I had no idea whatsoever about whether Piven was Jewish or not. After reading Goldberg's item, I then spent an hour trying to find out on Google. I drew a blank.

So why would anybody expect Beck to know?

(A reader finally tracked Piven's ethnicity down to a 1999 interview: yes, her parents were Russian Jewish immigrants.)

"But Beck is a smart person, and has researchers at hand with access to Wikipedia. Further, most of these people on Beck's 'big lie" list are already the targets of straightforward attacks in the dark, anti-Semitic corners of the Web, so an extended Google search, in some cases, would show that much of the opposition to some of these people is motivated by anti-Semitism."[Links added]

Yet did Goldberg do an "extended Google search" himself before he accused Beck of anti-Semitism?

If he had, he would have found an interview with Piven in Democracy NOW! on January 14, 2011, just four days before his Atlantic posting. In it, Piven blames Beck's attacks on her not on anti-Semitism, but on … David Horowitz, Fred Siegel, Jim Sleeper, Ron Radosh, and (at interviewer Amy Goodman's suggestion) Stanley Kurtz.

Hmmhmmhmm ... putting on the Jeffrey Goldberg All-Purpose Anti-Semite Detector Goggles, one must ask: didn't Dr. Piven know that most (all?) of these intellectuals are Jewish?

Using Goldberg's infallible mathematical logic, Dr. Piven must be guilty, just like Beck, of "a classic case of anti-Semitic dog-whistling."

JUAN GONZALEZ: What would trigger [Glenn Beck] to suddenly zero in on you?

FRANCES FOX PIVEN: Well, I think that there's a certain amount of just accident that he picked me or picked Richard [Cloward] and me, partly accident, partly not so accidental, because there were at the time, in the late 1960s, early 1970s, there were a number of people who had moved from being on the left, further to the left than me, who were moving to the right, where the pay is better. And in making that move, they sort of took with them their familiarity with the work that we had done and then exaggerated, demonized it. You know, I think that—

JUAN GONZALEZ: And who were some of those people?

FRANCES FOX PIVEN: Well, it includes David Horowitz, Fred Siegel, Jim Sleeper, Ron Radosh, who recently headlined his blog The Second Time is Farce: Piven Calls for Violent and Bloody Revolution. That was just a few days ago, because I had written a little article in The Nation talking about the problems in organizing the unemployed, so the unemployed can have an impact, a voice, in American politics. But most of the article was about how hard it is to do."

"So where are the angry crowds, the demonstrations, sit-ins and unruly mobs? … An effective movement of the unemployed will have to look something like the strikes and riots that have spread across Greece … We should hope for another American social movement from the bottom—and then join it."

"Greek protesters set fire to a bank, killing three people, on Wednesday in the most violent reaction to date to the government's austerity plan."

AMY GOODMAN: Professor Piven, Glenn Beck has also put forward a theory that you directly inspired the politics of President Obama. On his show, Beck recently aired an extended interview with Stanley Kurtz, author of the Radical-in-Chief,  that claims Obama's a secret socialist.

STANLEY KURTZ: We know that Obama, for example, attended a very important socialist scholars conference at the Cooper Union in New York in 1983. That conference was addressed by Frances Fox Piven in its opening plenary. He would have heard her again in 1984. If he had attended the conference in 1985, which he quite possibly did, Piven would have been there. So, Obama would have had many, many opportunities to learn about Cloward and Piven and their theories.

Seriously, there is a conspiracy here, a conspiracy to ... promote anthropologist Stanley Kurtz's recent book!

Looking in the index of Kurtz's book, I see 31 references on 34 separate pages to "Piven, Frances Fox."

Another of those quick Google searches would have shown Goldberg that Beck has been interviewing Kurtz since 2008.

To track Obama's connections, Kurtz has done exhaustive research in library archives of leftist organizations. The result, Radical-in-Chief, is a long, somewhat dry book that perhaps told me more about the ideologies of community organizers in Chicago than I care to know! (Although it seems to reach similar conclusions to my own America's Half-Blood Prince: Barack Obama's "Story Of Race And Inheritance")

Yet Kurtz's findings are reasonably persuasive that Obama's ideology in the 1980s and 1990s—to the extent that he had one other than personal ambition, about which I'm less convinced than Kurtz—was roughly that of the democratic socialist extreme, and that he has taken extraordinary pains to cover this up.

Kurtz engages in some extremely close reading of Obama's Dreams from My Father, and shows how Obama crafted his memoir to serve as a Goldbergian dog-whistle to Hyde Park leftist insiders, while gently lulling any other readers into a daze.

Obama's self-appointed role was to play Good Cop in league with the Bad Cop mobs of Piven's "Politics of Turmoil," just as more professional leftist organizations such as the Greenlining Institute shouldered ACORN away from the prime spots at the mortgage market trough.

There's no question that Piven was a major figure in the leftist circles that Obama traveled in. You can see the influence of her line of thought indirectly in Obama's Dreams from My Father. Despite writing many tens of thousands of words about the state of the black community in Chicago in 1985-88, he doesn't utter one word of criticism of welfare.

But it eventually became clear that Piven's brand of out of the closet radicalism is a loser in America. And Barack Obama, while he may have his ideological preferences, isn't a loser.

In his State of the Union address, Obama will announce various pro-corporate policies. That's much of what Presidents do on policy: stab their bases in the back.

Nevertheless, personnel are policy, too. Let's leave the last word to Piven:

"Obama has done some good things as president. Most of us don't notice those things because he has done them under the radar. They don't get public attention. … He has made appointments. Usually below the radar screen to the Federal bureaucracy, that the Bush Administration decimated."