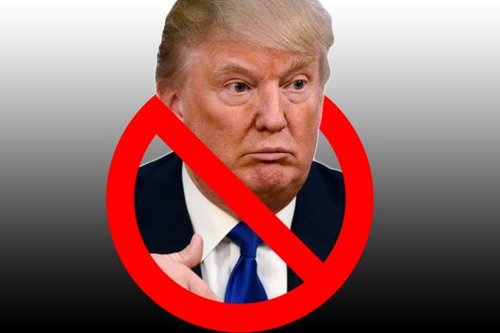 We’d call it Stalinist if that wasn’t an insult to the Communists. Boston Mayor Martin Walsh [Email him]has vowed that GOP presidential candidate Donald Trump will not be allowed to build in his city unless he “make[s] some apologies” for criticizing the Mexican government’s policy of exporting criminals to the United States [Boston mayor: Donald Trump unwelcome without apology, by Marie Szaniszlo, Boston Herald, July 14, 2015]. This is simply the latest move by the totalitarian Cultural Marxist Left to impose a political test before Americans are allowed to engage in economic activity. The goal: to make immigration patriotism, or anything else deemed Politically Incorrect, not just controversial, but financially ruinous.

It’s questionable whether Walsh has the legal power to stop Trump. But his behavior is not new: a previous Boston mayor waged an almost identical campaign against Chick-fil-A in 2012 after the CEO expressed his opposition to homosexual marriage. The Main Stream Media was especially outraged because the company’s corporate foundations were donating to pro-family groups.

In one sense, the campaign backfired: Chick-fil-A has actually become the most popular fast food restaurant in the country. But taking the long view, the intimidation campaign worked. Chick-fil-A cut funding to conservative political groups and instead gave to groups like the United Negro College Fund. [Chick-fil-A’s Foundations Dramatically Reduce Anti-LGBT Giving (Updated), by Josh Israel, Think Progress, March 3, 2014]

You can sell your chicken sandwiches, but only if you keep your mouth shut.

The campaign to isolate Donald Trump economically has a similar objective. Trump has long had a cozy relationship with politicians of both Left and Right—what Mark Steyn has termed “the price of doing business in a sclerotic and corrupt republic.” But now that Trump has forced the fact of illegal alien crime into public debate, the MSM, Leftist vigilante groups such as Media Matters, and both Democratic and Establishment Republican politicians are attempting to drive Trump completely out of American social, political, and economic life.

Unlike the relatively honest Communists of the past, who wanted to abolish private property for the benefit of the proletariat, today’s Cultural Marxist pursues what VDARE.com calls racial socialism: the redistribution of wealth according to ethnicity and political ideology while allowing the production of wealth to remain nominally in private hands. Also unlike classical Marxists, the contemporary Left does not view “the state” as the key tool to shut down dissenting viewpoints: Co-opted private-sector corporations have been at the forefront of its repressive campaigns.

What unites the Left today is not support for the socialist economic model—government ownership of the means of production, distribution and exchange—but a determination to “put politics in command” (as Chairman Mao phrased it) and leave no public or private sphere to those who do not conform politically. Of course, this is the very definition of totalitarianism.

In fact, this campaign for cultural control is so total even NOTICING what is happening is prohibited. Thus, the Anti-Defamation League, in a libelous post about “White Supremacists,” writes

Peter Brimelow, who runs the racist, anti-immigrant site VDare, attacked “cultural Marxists,” often a code word for Jews, for rebuking Trump’s remarks and “shutting down” the immigration debate. Brimelow compares the reaction to Trump to the negative reaction to the Confederate flag. Brimelow then implies that the mainstream media “elite” that has rejected Trump’s views is mostly made up of Jews in New York.

Unlike VDARE.com, the ADL systematically avoids linking to external sources (see Brimelow’s post here) presumably in this case for fear that its captive audience might learn that the author of VDARE.com’s seminal article on Cultural Marxism is himself Jewish.

It’s not just that Politically Incorrect groups can’t find a hotel to host a peaceful conference because of violent threats or that stating certain facts will get you fired by “conservative” institutions. Today, “being offended” is becoming a lucrative career—as Steve Sailer notes, “Some Social Justice Warriors are starting to get a sense that they could turn this type of thing into an institutionalized shakedown system like Jesse Jackson perfected back in the 1970s.”

Though it didn’t stop the company from eventually backing down, this is what Americans did when Chick-fil-A was initially targeted—even though the GOP largely shied away from the controversy. Now, ordinary Americans are giving money to those targeted by so-called “civil rights activists.” For example, Aaron and Melissa Klein of Sweet Cakes Bakery were fined $135,000 by the state of Oregon for “emotional damage” when they refused to bake a cake for a lesbian couple. In response, Americans have given more than $361,500 to the couple [Donations surge for persecuted Christian bakers, by Bob Unruh, WND, July 16, 2015].

Today, it’s the Politically Incorrect who are the martyrs attracting funding from the grassroots.

A British company called Protein World was targeted by one “Rhiannon Lucy Cosslett” in The Guardian for a “sexist” advertising campaign asking women if they were “beach body ready” [Am I beach body ready? Advertisers, that’s none of your business, April 15, 2015]. 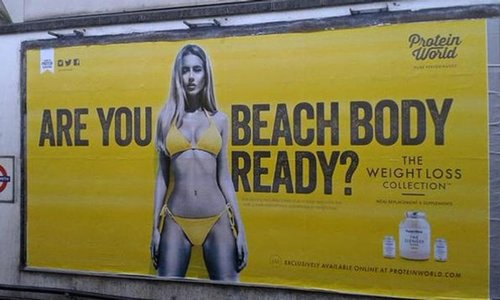 The resulting protest campaign led to some of the company’s ads being pulled by the British Advertising Standards Authority, threats of violence, acts of vandalism, and tens of thousands of signatures on petitions calling for bans. 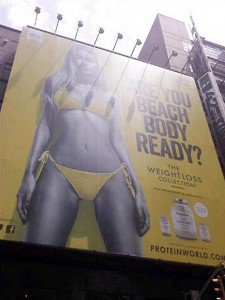 But the company did not back down. Instead, it mocked protesters, reaped the benefit of soaring sales figures, and even posted a giant billboard with the “beach body” ad in New York City.

One of the biggest underreported stories recently: the reader rebellion on Reddit, the popular online bulletin board system which calls itself “the front page of the Internet.”

For unknown reasons, Reddit hired Ellen Pao as CEO, a woman with questionable qualifications best known for filing (failed) lawsuits about gender discrimination. True to form, Pao’s tenure was marked by increasing attempts to restrict free speech on the site.

Caitlyn Dewey (@caitlindewey ), of the Washington Post, the same rent-seeker who regurgitates $PLC press releases for a living to get companies she doesn’t like kicked off of Amazon affiliates, proclaimed readers would simply have to shut up and take it: “I think the storm will pass. Reddit is large enough at this point that the complaints of a few thousand users no longer really matter.” [Censorship, fat-shaming and the ‘Reddit revolt’: How Reddit became the Alamo of the Internet’s ongoing culture war, by Caitlin Dewey, Washington Post, June 12, 2015]

Yet it was Pao who was eventually forced out of Reddit—leading to a pity party by the MSM for the lantern-jawed SJW but a victory for free speech activists [Angry Redditors Win: Ellen Pao is Out as CEO, by Bryan Lufkin, Gizmodo, July 10, 2015]

An excellent example: the suddenly booming business for the Confederate Battle Flag. When major retailers like Amazon and Wal-Mart refused to sell the flag, smaller businesses, mostly owned by patriotic Southerners, stepped into the market. One store owner is a member of the League of South—ironically a beneficiary of the willingness of Big Business to signal its progressivism [At rural South Carolina shop, Confederate flags fly off shelves, by Jeremy Borden, Washington Post, June 27, 2015]

The undisputed champion in fighting back against intimidation campaigns: Donald J. Trump Sr... Among the companies that cut ties with The Donald following his immigration comments was Macy’s, which formerly hosted his line of neckties. In response, Trump savaged the company—and 30,000 Macy’s customers filed complaints with the company, declaring they will never shop there again [30,000 Macy’s Customers Retaliate in Support of Donald Trump, by Alex Swoyer, Breitbart, July 14, 2015]

Trump is keeping up the pressure, declaring of Macy’s that the “stores suck” [Donald Trump declares war on Macy’s: The ‘stores suck,’ Washington Times, July 16, 2015]

The real question: why are businesses going along with this PC pressure?

It’s hard to believe that a company like Wal-Mart or Amazon, which have already been targeted by the Left in the past, would have lost money if they had not ditched the Confederate flag. It’s more likely that considerations other than the bottom line are driving policy in many large companies, possibly from Human Resources or Public Relations departments, who are less concerned about the bottom line and more interested in signaling the “correct” political positions to their peers.

The solution: In addition to the above tactics, patriots need to look at the legal ramifications of broken contracts and attempts at economic intimidation, especially the concept of tortious interference. And shareholders should start raising questions at annual meetings about why businesses are so willing to jeopardize their own bottom line (Salesforce was not locating in Indiana for the climate) in order to moralpreen for the MSM.

The immigration battle isn’t just about policy. It’s about the desire of the hard Left to destroy the lives of those it sees as enemies.

The mission of patriots isn’t just to stop mass immigration. It’s to resist and reverse the efforts by those who hate us to fully establish control over the economy—and thus impose a tyranny more despicable than anything our country has faced in its history.