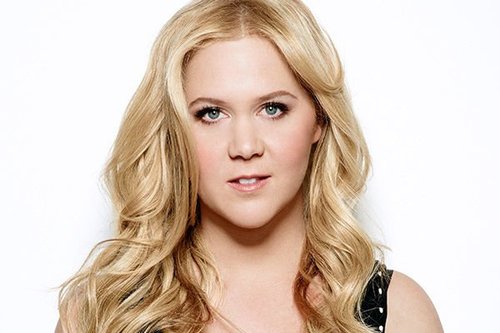 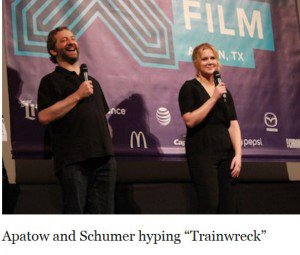 Comedienne Amy Schumer, a native of the Upper East Side who is a distant relation of Senator Chuck Schumer (D-NY), has been much celebrated in recent months by the humorless for Punching Upwards with her “edgy” feminist humor. But now the Coalition of the Fringes is assembling a circular firing squad for Schumer. From Slate (and very similar thumbsuckers about Schumer are running in the other usual suspects as well):

Over the weekend, Amy Schumer experienced what has become a contemporary ritual for rising entertainment stars after an editorial in The Guardian criticized her work as racially insensitive. Monica Heisey wrote, “For such a keen observer of social norms and an effective satirist of the ways gender is complicated by them, Schumer has a shockingly large blind spot around race.” What made headlines wasn’t the piece itself, but Schumer’s reaction. “You can call it a ‘blind spot for racism’ or ‘lazy’ but you are wrong. It is a joke and it is funny. I know that because people laugh at it. Even if you personally did not,” she wrote on Twitter. “I ask you to resist the urge to pick me apart. Trust me. I am not racist. I am a devout feminist and lover of all people.”

The response is disheartening for those who’ve been cheering Schumer’s ascendance. Her weekly injections of humor are at once topical and deft, feminist without feeling didactic—the exact opposite of her response to Heisey. Rather than listen to the critique, she got defensive and recycled a series of arguments that have become familiar from previous incidents involving Trevor Noah, Lisa Lampanelli, Daniel Tosh, and others: She has the right to joke about what she wants; it’s a comic’s job to be edgy; she’s not racist (or sexist, or homophobic), really; she’s a feminist! Schumer cut her teeth in the adversarial space of the comedy club, where you go in to win over the audience and kill them with your material. She’s used to cutting down hecklers, but that approach might not work so well with a broader audience that goes well beyond a small room.

A friend points out that some Social Media Justice Warriors are starting to get a sense that they could turn this type of thing into an institutionalized shakedown system like Jesse Jackson perfected back in the 1970s:

What’s becoming clear is that, besides pulling big numbers for yourself as a freelancer if YOUR opinion piece is the one that gets the avalanche started on an entertainer or writer, what the SJWs want is for Hollywood to share their money with them by hiring SJWs as consultants. In exchange for money and the gesture of deference, they will guide the writers and entertainers away from the arbitrary, and constantly changing, landmines.

Keep in mind that Rev. Jesse is both a problem to Corporate America and The Solution: he’ll provide your Fortune 500 behemoth with racial benediction if you, say, hire companies who donate to his operations to run your cafeteria (badly) and the like. Jesse understands how the game is played and is in it for the long haul.

That helps explain the long tenure of Jackson and Sharpton at the top of the seemingly greasy pole of black grievance-mongering.

Big time entertainment generates big money, so, many SMJW’s are starting to reason, why not get paid a tiny percentage of the budget to Give Notes? In return, you’ll give your blessing to a project.

These SJW comedy “struggles” are morphing into a kind of shakedown — let the mediocre minds from these harridans feel important and listened to, or, better yet, invite them to the set — and include a free tour of the Paramount lot! — and indulge them as they discuss the methods your script or movie scene could be improved, at least racially, and they will give your movie or comedy act a pass for bigotry when it’s released.

The new economic model for SJWism is exemplified by the way Dr. George Miller paid Eve Ensler, the feminist heroine whose “Vagina Monologues” made America more Vagina Conscious (although I was under the impression that Larry Flynt’s Stakhanovite labors in the 1970s had already achieved much of that noble goal), to declare that Mad Max: Fury Road wasn’t an ultra-macho comic book fantasy about a bunch of Australian bogans hooning down the highway, as it would appear to those unfamiliar with its PR campaign, but was actually a feminist work of art that subverts the male gaze etc. etc.

This misdirection worked fine for Miller (a former Emergency Room doctor, and nothing is more likely to make you doubt the SJW worldview than working in an ER), getting his movie 98% critics’ thumbs-up on Rotten Tomatoes. And it helped Miller completely sidestep (Look, a feminist squirrel!) any inconvenient questions he might otherwise have had to face about his formative influence upon Mel Gibson and Mel’s later movies such as The Passion of the Christ.

But I don’t think Courrier goes far enough in pointing out the biggest marketing con job of them all: that the people selling this [Mad Max] movie got a bunch of college graduates to write about its “feminist” message. Courrier notes that the movie’s feminism doesn’t have any “dramatic consequence”, but, I would argue, the film’s feminism isn’t merely superficial: it’s non-existent. Rather than a feminist message, the film aggressively expresses a sexist perspective of the world. That is: throughout Mad Max: Fury Road, Dr. George Miller keeps us very aware that there are biological differences between men and women, and the entire story points towards these being meaningful differences; that it’s the biological differences between men and women that shape society and not the other way around, where men and women’s role are shaped primarily by society. From the very beginning Miller shows us a world where the women exist for milk and breeding and the men exist for war and bleeding. The plot is driven by bride-stealing (just like the Iliad‘s) and at no point does the movie undercut the idea that women’s primary power, and primary value, comes from their ability to give birth.

Also, there’s a very blatant attack on the idea of a matriarchal society. When Our Heroes finally reach what they hoped would be a paradise ruled by wise old women instead of gross mean men, they find only a handful of the wise old women struggling to survive. And instead of going off to found some new community of their own, they decide to turn around and go back to try to take over the only viable society in this world: one that had been built and maintained (albeit in a nightmarish form) by men. The movie’s thesis might be: a society run by men might be horrible, but a society run by women would lead to the end of the human race.

Hey — I’m not sure if this is just a coincidence or if George Miller is the Master of All Trolls, because what he’s describing here, allegorically, mirrors the relationship between internet activist “feminists” and a lot of the traditionally dude-centric geek culture, like computer gaming and comic book conventions. Instead of going off to create their own thing, these social justice warriors have tried to use social media bullying to impose their politically correct standards on nerd subcultures that were doing fine without them.