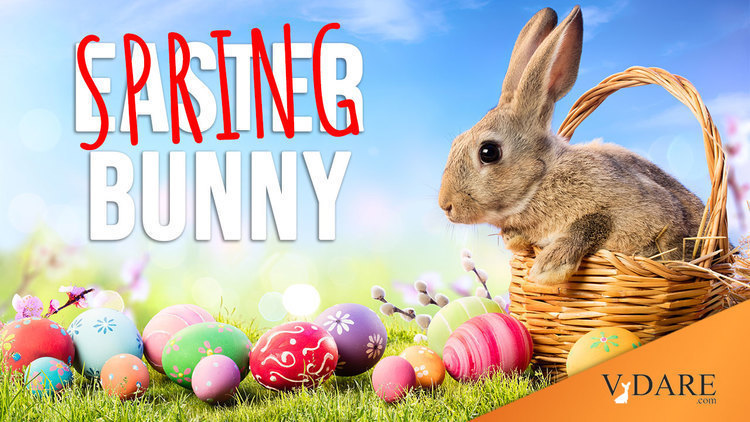 Kids these days may have fancy digital gizmos, but they miss out on a lot of great experiences from traditional America, because the loony liberal educational establishment wants to stamp out customs with any Christian content. The goal is to make America safe for diversity, where no one believes in anything. Christmas has been a big target because it is such a meaningful holiday with so many customs attached. But recently Easter has been under the gun as well. In 2007, Seattle decided to delete Christmas from SEA-TAC Airport by removing traditional trees and installing instead a tasteful magenta homage to Winter, acceptable to multicultural sensibilities. Now a school in the city is doing a Stalinist edit of Easter to convince little kids that colored Easter eggs are actually safely secular seasonal spheroids. 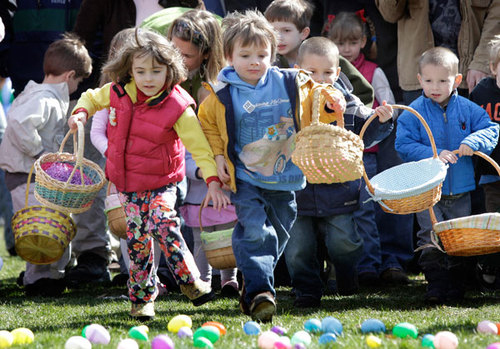 A sophomore at a local private high school thinks an effort to make Easter politically correct is ridiculous.

Jessica, 16, told KIRO Radio’s Dori Monson Show that a week before spring break, the students commit to a week-long community service project. She decided to volunteer in a third grade class at a public school, which she would like to remain nameless.

“At the end of the week I had an idea to fill little plastic eggs with treats and jelly beans and other candy, but I was kind of unsure how the teacher would feel about that,” Jessica said.

She was concerned how the teacher might react to the eggs after of a meeting earlier in the week where she learned about “their abstract behavior rules.”

“I went to the teacher to get her approval and she wanted to ask the administration to see if it was okay,” Jessica explained. “She said that I could do it as long as I called this treat ‘spring spheres.’ I couldn’t call them Easter eggs.”

Rather than question the decision, Jessica opted to “roll with it.” But the third graders had other ideas.

“When I took them out of the bag, the teacher said, ‘Oh look, spring spheres’ and all the kids were like ‘Wow, Easter eggs.’ So they knew,” Jessica said.

The Seattle elementary school isn’t the only government organization using spring over Easter. The city’s parks department has removed Easter from all of its advertised egg hunts.