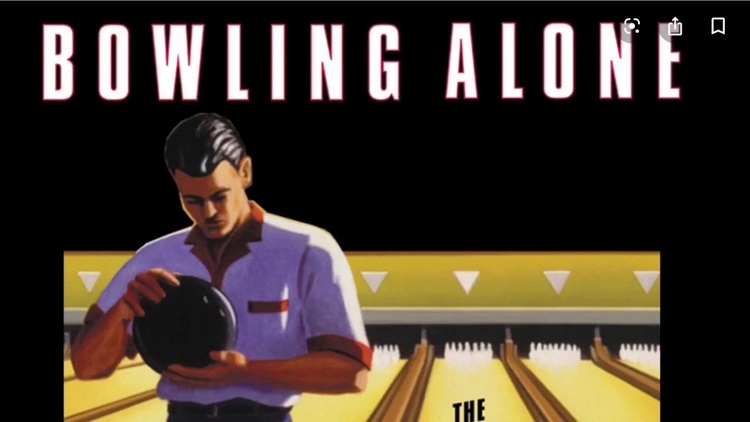 Want a neighbor you can count on? Move to Montana. That's one conclusion you might draw from a Harvard University study released today, which finds that Los Angeles residents trust each other less than most other Americans. The study is billed as the largest-ever survey on "civic engagement" - activities such as joining social or community groups, voting and simply making friends. … And it links L.A.'s low standing to the area's ethnic diversity. Those who live in more homogeneous places, such as New Hampshire, Montana or Lewiston, Maine, do more with friends and are more involved in community affairs or politics than residents of more cosmopolitan areas, the study said. Los Angeles residents are among the least trusting of people such as neighbors, co-workers, shop clerks and police, the study said. L.A. tied with Boston, Chicago, and eastern Tennessee. Only north Minneapolis scored worse. Angelenos also trust people of other races less than residents of just about everywhere else. San Diego tied Los Angeles' dismal "inter-racial trust" score. The only cities that did worse were Phoenix and Charlotte, N.C. The best places, in terms of trusting others and those of other races, were Bismarck, N.D., and rural South Dakota, the study said. … The survey of 30,000 Americans in 40 communities was led by Harvard political scientist Robert D. Putnam [author of Bowling Alone : The Collapse and Revival of American Community].  [VDARE's emphasis].

Why does ethnic diversity undermine good citizenship and engagement with your neighbors? Hong's article is fairly vague on the causes since the L.A. Times is heavily invested in denying that diversity imposes any sort of tradeoffs or costs. Yet the reasons for Putnam's finding are obvious to anyone who has lived in a diverse neighborhood.

I recently moved back to my Southern California hometown of Studio City. (In case you are wondering about the name of my L.A. suburb of origin, I never noticed there was anything at all unusual about being from a place called "Studio City" until I went off to Houston's Rice U. at age 17. There, everybody was disappointed that I didn't wear sunglasses indoors and constantly call my agent.) Before 2001, I had been living in Chicago's Uptown neighborhood, which is on the lakefront about six miles north of the Loop. Uptown boasts of being the most linguistically diverse square mile in America. Supposedly, 88 different languages are spoken there (or maybe 110, depending on who is telling the story).

For someone like myself who is fascinated by human biodiversity, Uptown is wonderfully educational. Just don't call it a community. Being an unneighborly sort myself, that was OK with me. Fortunately, most people are less anti-social.

When my wife and I first moved in, she helped start a neighborhood drive to repair the ramshackle little park across the street. To get the City of Chicago to agree to help, we'd need to raise matching funds and sign up volunteer laborers. This kind of Robert D. Putnam-endorsed civic activity proved strikingly difficult in Uptown, however, precisely because of its remarkable diversity.

The most obvious problem: it's hard to talk neighbors into donating money or time if they don't speak the same language as you do.

The second problem: the high crime rate. The affluent South Vietnamese merchants from the adjoining Little Saigon district on Argyle St. had scant interest in sending their kids to play in a park that would also be used by black kids from the local housing project. The Asians were generally scared of the much bigger and more raucous African-Americans.

Third problem: inter-immigrant hatreds. The Eritreans and Ethiopians are slender, elegant-looking dark brown people with thin Arab noses. They appear identical to the American eye. But their compatriots back home in the Horn of Africa were fighting a vicious war.

Fourth problem: a lot of the immigrants came from countries where only a fool trusted his neighbors, much less the government. If the South Vietnamese had been less clannish and more ready to sacrifice for the greater good from 1965-1975, as their militaristic North Vietnamese enemies did, they'd be lousier restaurateurs. But they'd probably still have their own country.

Fifth problem: the fundamental difficulty in making multiculturalism work, namely, multiple cultures. Getting Koreans, Russians, Mexicans, Nigerians, and Assyrians (Christian Iraqis) to agree on how to landscape a park is not impossible. Yet it's certainly far more work than fostering consensus among people who all have the same picture in their heads of what a park is for.

For example, Russian women like to sunbathe. But Latin American women want to stay in the shade, since their culture discriminates in favor of fairer-skinned women. So do you plant a lot of shade trees or not?

In the end, the middle class, English-speaking, native-born Americans (mostly white, but with plenty of black-white couples) did the bulk of the work.

And, after that struggle, everybody seemed to give up on trying to bring Uptown together for civic betterment.