Colin Kaepernick vs. Steve Clevenger: America Is Now An Open-Air Prison For Whites 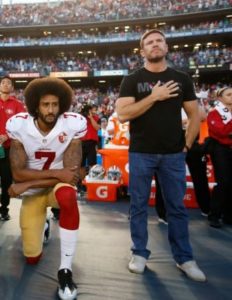 Mulatto Colin Kaepernick is lionized by the Main Stream Media for disrespecting the American flag, but the MSM, the plutocratic owners of professional sports teams and the parasitical multicultural grievance industry have combined to destroy white catcher Steve Clevenger for speaking out against violent black riots. What, you thought the U.S. was a free country?

The Seattle Mariners has suspended catcher Steve Clevenger for the remainder of the Major League Baseball season over controversial tweets in which he called the Black Lives Matter movement and President Barack Obama “pathetic.”

Clevenger posted a series of comments on Twitter on Thursday, two days after Keith Lamont Scott, a 43-year-old black man, was fatally shot by police in Charlotte, North Carolina.

The Mariners catcher appeared to suggest that those protesting against Scott’s shooting should be locked up “like animals.” He also mocked athletes who have been protesting by kneeling during the national anthem at sports events.

"Black people beating whites when a thug got shot holding a gun by a black officer haha s—t cracks me up! Keep kneeling for the anthem!" Clevenger tweeted on Thursday.

Mariners general manager Jerry Dipoto quickly responded to Clevenger’s tweets, saying in a statement Thursday that the organization “strongly” disagreed with the player’s comments and that it was “examining all internal options” regarding the player.

“The Seattle Mariners are very disappointed at the tweets posted on Steve Clevenger’s account,” Dipoto said in the statement. “While he is certainly free to express himself, his tweets do not in any way represent the opinions of the Seattle Mariners. We strongly disagree with the language and tone of his comments. We are currently examining all internal options that are available to us as we determine appropriate next steps. We will have no further comment at this time.”

Bottom line: Steve Clevenger exercised his 1st Amendment right—but quickly discovered free speech only exists if you are repeating already approved Talking Points. The national conversation about race is really just a one-way monologue where whites are always the villains and non-whites are victims. 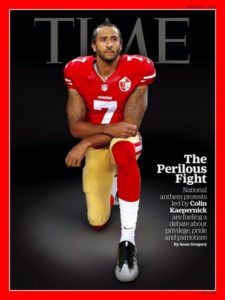 Consider: Time Magazine put the national anthem-protesting  NFL quarterback Colin Kaepernick on the cover of its September 22 issue, with a flattering profile of the mulatto millionaire hailing him for starting a “necessary conversation” on the relationship between blacks and police. [All Across the Country, Athletes Are Fueling a Debate About How America Defines Patriotism, by     Sean Gregory , Time, September 22, 2016]

The white commissioner of the NFL, Roger Goodell, has, on multiple occasions, praised Kaepernick and other black players for starting a “white people are always wrong” conversation (-monologue) on race:

NFL Commissioner Roger Goodell says the league will encourage players to use their voice to promote social change as the demonstrations during the national anthem started by San Francisco 49ers quarterback Colin Kaepernick last month continue to spread to other teams.

…Goodell told a group of reporters the movement from “protests to progress” is a positive sign.

“As I’ve said before, I truly respect our players wanting to speak out and change the community,” Goodell said. “We don’t live in a perfect society. We want them to use that voice. And they’re moving from protests to progress and trying to make things happen in the communities. And I admire that about our players, on(being) willing to do that.

And he enthusiastically championed Kaepernick’s protest—even though it has led to a sharp drop in the ratings.

In contrast, Major League baseball’s Clevenger’s treatment is worse even that what happened to John Rocker. He was forced to undergo “diversity training” (= brainwashing) after 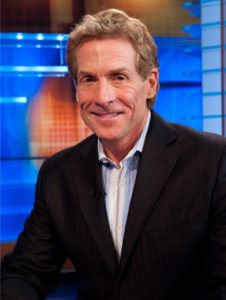 the infamous Sports Illustrated article quoting him back in 2000. “Chilling” is the only word that can describe Clevenger’s swift suspension [Mariners suspend Steve Clevenger after inflammatory tweets, ESPN, September 23, 2016]

Note that ludicrous cuck Skip Bayless, a white sports pundit for Fox Sports 1, called for Clevenger’s immediate release from the team. He also showily virtue-signaled by loudly proclaiming he was “ashamed to share this man’s [Clevenger] skin color”:

I am appalled that another white American — a professional athlete no less — is capable of typing these thoughts in a public forum, in two different tweets, and actually hitting “send.” You want to talk about showing your true colors in public?

[Skip Bayless: ‘I Am Embarrassed to Share the Same Skin Color’ as MLB Player Who Put Out Racist Tweets, by Joe Depaolo, Mediaite, September 23, 2016]

Welcome to Occupied America. White professional athletes have to either shut up or run the risk of being suspended without pay, with white sportscasters calling for your banishment from the sport.

"So as an American, a black male in this country, I'm suggesting, calling — I'm demanding that all 50 state attorney generals call for a review of their policies and training policies for police and law enforcement to eliminate militaristic cultures while putting a higher emphasis on de-escalation tactics and crisis management measures.” 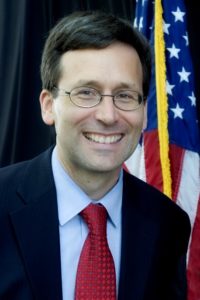 Just to illustrate the spineless nature of our elected officials: Bob Ferguson, the white Democratic  Attorney General of the state of Washington immediately Tweeted to Baldwin saying he’d like to sit down with Baldwin to “chat” about his demands.

What happened to Clevenger is proof 2016 America is nothing more than an open-air prison, where any white person with a public profile who dares get out of line is immediately struck down in a highly ritualistic manner.

We are approaching a level of totalitarianism from the Minority Occupied Government and its affiliated white commissars that Aleksandr Solzhenitsyn warned us about: 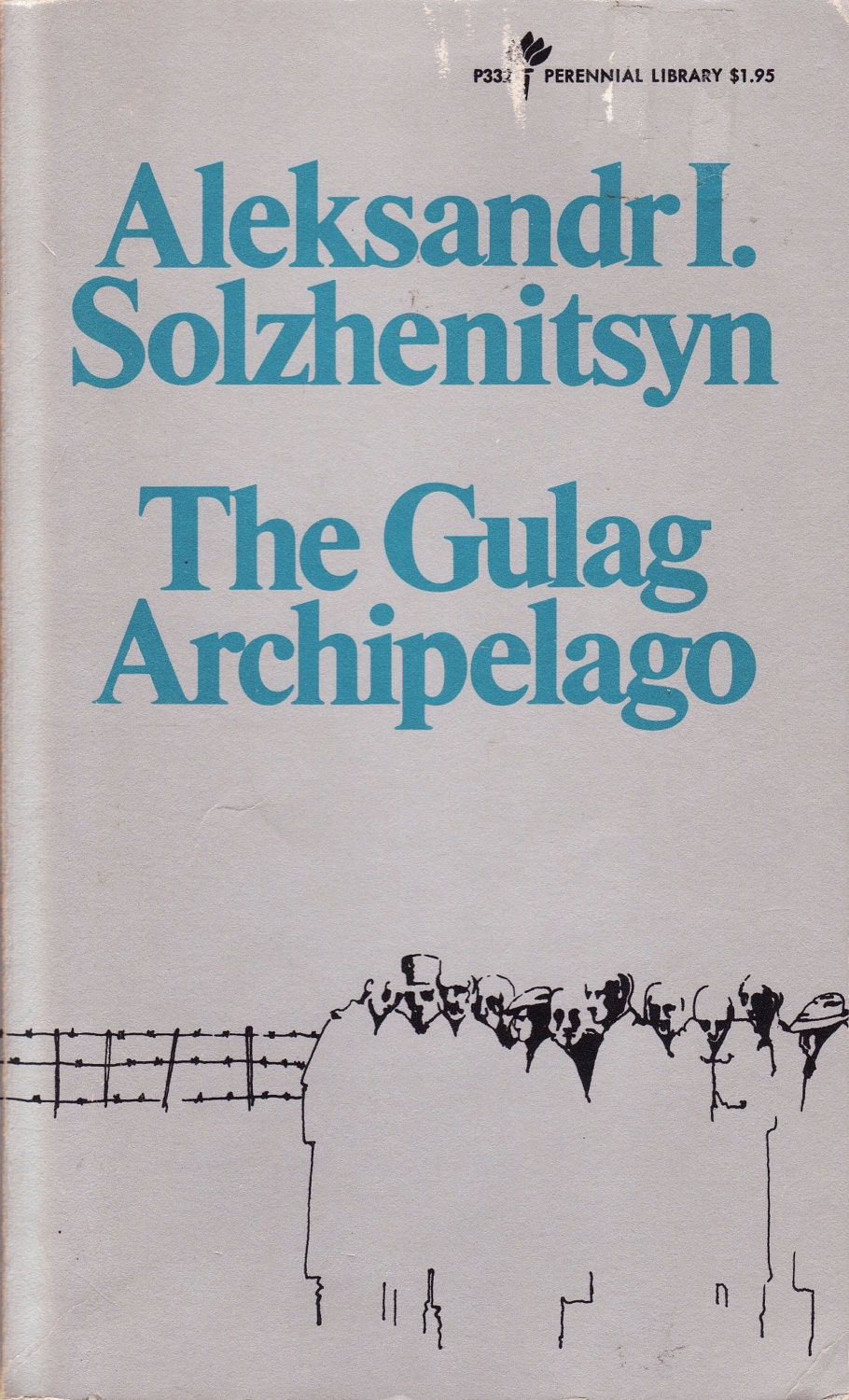 What would things have been like if every Security operative, when he went out at night to make an arrest, had been uncertain whether he would return alive and had to say good-bye to his family? Or if, during periods of mass arrests, as for example in Leningrad, when they arrested a quarter of the entire city, people had not simply sat there in their lairs, paling with terror at every bang of the downstairs door and at every step on the staircase, but had understood they had nothing left to lose and had boldly set up in the downstairs hall an ambush of half a dozen people with axes, hammers, pokers, or whatever else was at hand?... [The Gulag Archipelago, 1918-1956: An Experiment in Literary Investigation (Volume One) page 13, footnote 5.]

And if we don’t act, we may end up like he and his fellow prisoners, raging in impotent fury in the re-education camp because “we had no awareness of the real situation.”

To paraphrase Solzhenitsyn: what will it take for this cursed machine to grind to a halt?